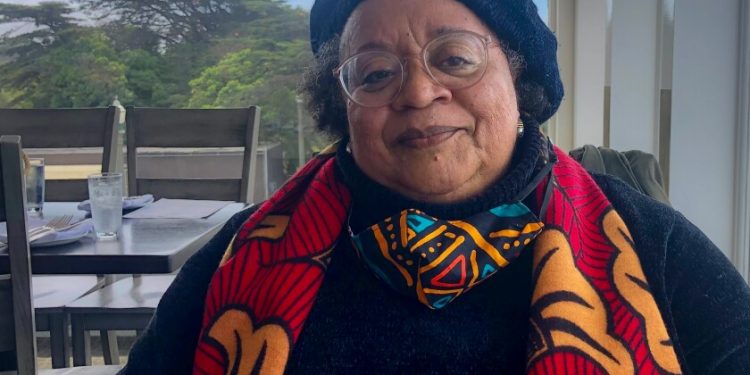 Gwenn Craig made her way slowly through the lobby of a beachfront landmark, past the colorful Depression-era murals to the elevator and a table upstairs for two.

She came to discuss history of a more recent and personal nature, and how you can prevail in certain battles but never stop having to fight.

“That’s what leaves me sometimes so exhausted,” the 70-year-old Craig said, as waves unfurled in the ocean below. “No matter what, it’s constant. You can’t just say, ‘We won the struggle, and now we can rest.’”

In 1978, Craig helped lead the fight against Proposition 6, a California ballot measure that would have banned gays and lesbians from working in public schools. Though it started out leading in polls, the measure lost overwhelmingly in one of the first major electoral victories for the gay rights movement.

Now, with lawmakers across the country passing laws to restrict what teachers can say about sexual orientation and how parents can engage with their transgender children, it seems as though events, if not exactly repeating, are traveling full circle and landing with blunt force.

Like many, Craig came to San Francisco in the mid-1970s to find herself.

She was born in Atlanta, went to college in Chicago and was drawn to San Francisco by, in addition to the not-snowy weather, its reputation for tolerance and openness. It was, Craig said, “a place where you could be whoever you wanted to be,” including, in her case, a 24-year-old just beginning to explore her sexual orientation.

Today, same-sex marriage is enshrined in law. An openly gay man, Pete Buttigieg, serves as Transportation secretary in the Biden administration. There are openly gay members of Congress, gay chief executives, gay sports stars, and on. So it may be hard, Craig said, for those who weren’t around to appreciate how it used to be for someone like herself.

In 1977, in Dade County, Fla., singer and citrus-industry pitchwoman Anita Bryant led a successful effort to repeal an ordinance barring discrimination based on sexual orientation. She drew nationwide attention and stoked the fears of Craig and others who informally gathered to discuss copycat efforts and ways to fight back.

Craig was loud and passionate, she said, so she was chosen to serve as one of the spokeswomen for San Francisco’s gay community. Not knowing what that meant, Craig turned to an up-and-coming political activist with a penchant for grabbing publicity.

She recalled visiting Harvey Milk at his camera shop in the Castro District, the city’s gay haven, and how “he swept me into the back room and, boy, started giving me tons of information. He began mentoring me.”

By the time Proposition 6 qualified for the November 1978 ballot, Milk was a member of the Board of Supervisors, the first openly gay elected official in California history. He became a statewide leader of the “No on 6” effort and made Craig co-chair of the San Francisco campaign.

The initiative was the work of John Briggs, a far-right state senator from Orange County who — armed with Bryant’s contributor list — hoped to launch himself into the governor’s office.

The campaign he waged was scathing and raw. Briggs claimed that being gay was a lifestyle choice, and an odious one at that. He said homosexuality, as it was then known, was worse than communism because it spread “like a cancer” through society and destroyed civilizations. He claimed that huge numbers of teachers were secretly gay and child predators.

The measure was defeated, 58% to 42%, thanks in no small part to the opposition of former Gov. Ronald Reagan, who joined President Carter, former President Ford and Gov. Jerry Brown in urging Californians to vote “no.”

“Homosexuality is not a contagious disease like the measles,” Reagan wrote in the Los Angeles Herald-Examiner days before the election. “Prevailing scientific opinion is that an individual’s sexuality is determined at a very early age and that a child’s teachers do not really influence this.”

(An embittered Briggs blamed the measure’s defeat on “cocktail Republicans” with gay friends in Hollywood and predicted that Reagan was “finished as a national politician.”)

But the celebration for Craig and other Proposition 6 opponents was short-lived. Less than a month after its defeat, Milk was assassinated by former Supervisor Dan White, who embodied the forces resisting the growing clout of gays, lesbians and others long denied power and representation at City Hall.

It took a long time, Craig said, before she could watch news footage of that day without crying.

Outside, the sun broke through the late-morning fog shrouding the Beach Chalet on the edge of Golden Gate Park.

Milk would have been amazed at the progress the gay rights movement achieved over the past 40 years, Craig said, as she stirred cream in her coffee. He also would have been disheartened, she said — if not altogether surprised — at how the LGBTQ+ community is again being targeted and stigmatized by politicians like Florida Gov. Ron DeSantis and his Texas counterpart, Greg Abbott, who have eyes on higher office.

Milk would have believed, she said, that the battle for recognition and respect was won, but not over. He thought that by coming out people would realize that gays and lesbians “are your sons and daughters, your friends and neighbors … the people sitting next to you in church pews and on the bus, not the devils we were made out to be.”

“People have seen ‘Will & Grace,’ and that was a long time ago,” Craig said with a deep laugh, referring to the TV sitcom with two beloved gay characters. “They’ve seen the movies and the TV shows. They’ve read the books. It’s too late. I don’t think people are going to go back.”

Even if some politicians believe that’s the way to move themselves forward.

How to make the perfect nasi lemak – recipe | Food

How to make the perfect nasi lemak – recipe | Food