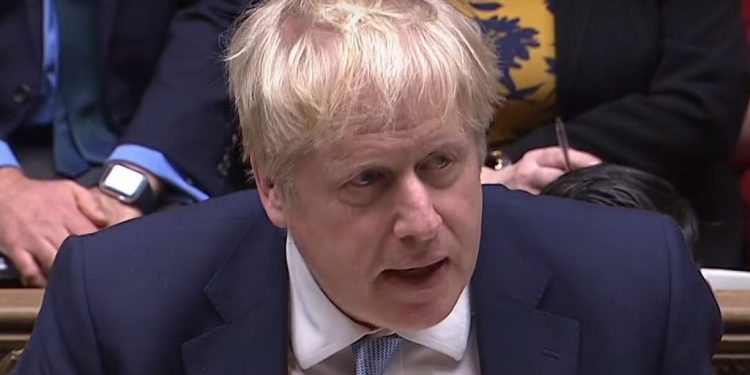 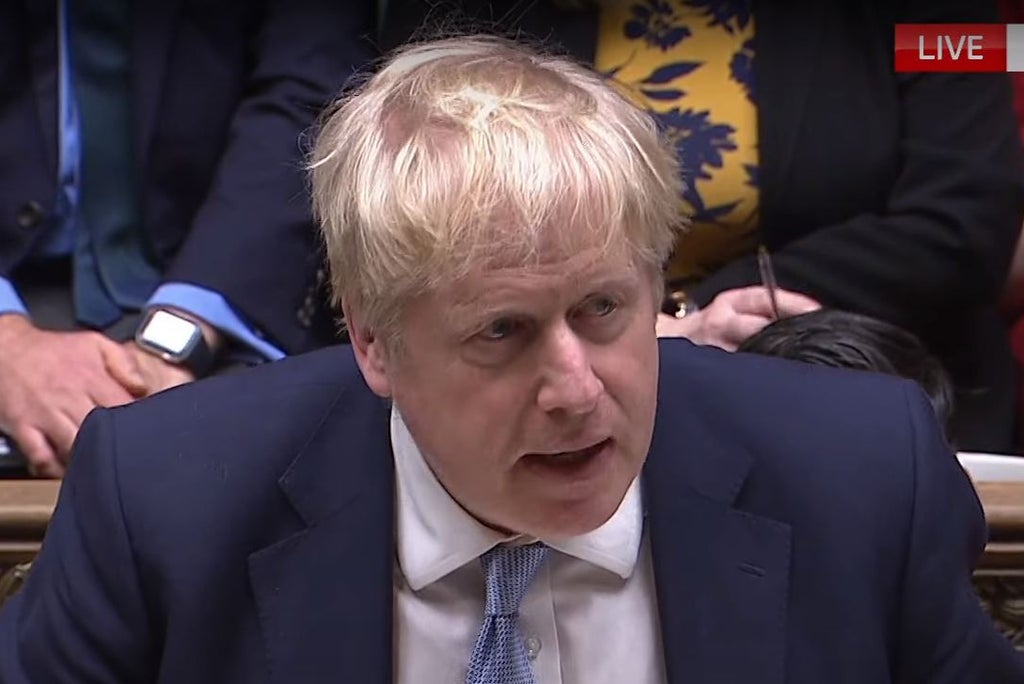 oris Johnson has told MPs he will overhaul the operation in Downing Street and the Cabinet Office to address the concerns raised in Sue Gray’s report, adding:”I get it and I will fix it.

Mr Johnson told the Commons: “Firstly, I want to say sorry – and I’m sorry for the things we simply didn’t get right and also sorry for the way this matter has been handled.

Ms Gray’s report “found that “at least some of the gatherings” in Downing Street represented “serious failure” to observe what was asked of the public at the time.

The report, released online on Monday afternoon, suggests the Met are investigating a series of No10 events in 2020 that Boris Johnson was at or likely to have been at including a gathering in the Cabinet Room in No 10 on Boris Johnson’s birthday.

Mr Mitchell says he was invited to see Boris Johnson 10 days ago and “told him to think very carefully” about “what was in the best interests of the country”.

“I have to tell him, he no longer enjoys my support,” he said.

Labour MP Angela Eagle was the next MP to quiz Mr Johnson.

She asked: “So just how bad do things have to be before he takes personal responsibility, does what every person in this country wants him to do and resign?”

Mr Johnson repeats that he is looking at the structure of how Number 10 is run.

Commons speaker Sir Lindsay Hoyle has called on the Ian Blackford to withdraw his comment that the prime minister has “misled the House”.

After wrangling over whether the SNP Westminster leader had withdrawn his statement, Sir Lindsay Hoyle ejected him from the Chamber but it appears he had already left.

Boris Johnson said he would have to “wait for the inquiry”.

Former prime minister Theresa May has asked Boris Johnson if he had read the rules or if he did not think they applied to No 10.

She said leaders must “set an example in following the rules”.

Mrs May told MPs that Covid regulations saw significant restrictions imposed on the freedom of members of the public – and that they had a right to expect the prime minister to have read the rules and understand the meaning of the rules.

Boris Johnson responded that MPs should “wait to see the conclusion of the inquiry”.

Labour leader Sir Keir Starmer said the British people believe Boris Johnson should “do the decent thing and resign” but he is “a man without shame”.

The Labour leader said Boris Johnson had betrayed the trust of the British public, and was eroding democracy and the rule of law.

He said it was not Sue Gray’s fault she was only able to publish redacted findings of her investigation.

Sir Keir said “there is evidence of serious and flagrant breaches of lockdown” including “a party on 13 November 2020 in the prime minister’s flat”.

“There can be no doubt that the prime minister is now subject to criminal investigation.”

The prime minister has said that he accepts Sue Gray’s “general findings in full”.

He said he is making changes to Downing Street “now” to address some of the findings made in the report.

He has announced he is creating an Office of the Prime Minister with a permanent secretary to lead Number 10, conducting a review of civil servant codes of conduct, as well as taking steps to improve No 10’s operation and the Cabinet Office.

PM: I want to say sorry

Boris Johnson has started his statement with an apology.

He told MPs: “Firstly I want to say sorry, I’m sorry for the things we simply didn’t get right and the way this matter has been handled”.

Boris Johnson is standing to address MPs following the publication of the abridged Sue Gray report into Downing Street parties.

The chamber is packed with MPs who want to hear directly from the prime minister about the findings.

Reminder: PM to give Commons statement at 3.30pm

Boris Johnson will address MPs in the House of Commons at 3.30pm.

It will be the first time he has spoken to MPs following the publication of Sue Gray’s 12-page report.

Her key findings included “serious failure to observe high standards” at No 10 and “failures of leadership”.

She concluded that “a number of these gatherings should not have been allowed to take place or to develop in the way that they did”.

Labour’s deputy leader has called on Boris Johnson to resign.

She said she found the reading of Sue Gray report’s is “absolutely sickening” and was “shocked” by some of its detail.

Ms Rayner said she would be “astonished” if Conservative MPs continued to support the prime minister.

She said his actions were “doing damage to our democracy” and had made the UK “a laughing stock abroad”.

“He is not fit to govern anymore and he has to go,” she said.