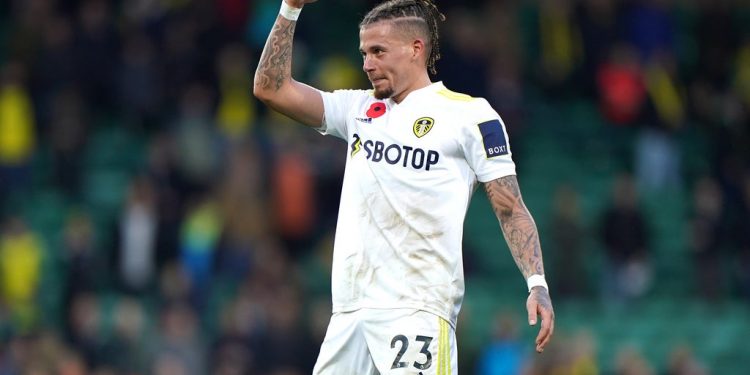 What the papers say

The Manchester Evening News reports that Manchester United are working on a deal to sign Leeds midfielder Kalvin Phillips. The paper writes that the 26-year-old appeals to the club’s interim manager Ralf Rangnick who is targeting “hungry players seeking a progressive career move”.

In more Old Trafford gossip, the Daily Mirror claims the club have told unhappy players who want to leave this summer they can only go if they are out of contract. It comes as stars Paul Pogba, 29, Jesse Lingard,29, Edinson Cavani, 35, and Juan Mata, 33, are all set to have their deals expire in June and are expected to be on their way.

With such a talent exodus on the cards, the Red Devils have reportedly sent scouts to watch Villarreal’a former Bournemouth winger Arnaut Danjuma. The Daily Mail reports that the 25-year-old Dutch international is also a target for Liverpool.

The same paper claims that Everton boss Frank Lampard has not lost support from the club’s owner despite defeat against Burnley. Farhad Moshiri and the Goodison Park club’s board are all backing the manager, even as the Toffees edge precariously closer to the relegation zone.

Declan Rice: 90 Min reports that Man Utd are prepared to break their transfer record to sign the 23-year-old West Ham and England midfielder.

Darwin Nunez: The Daily Express writes that Arsenal, Man Utd and Tottenham have been told it will cost them £67million if they want to sign Benfica’s 22-year-old striker.

Parkland Shooting Juror Told Judge She’s Too Busy Cheating On Her Husband To Serve In Trial!