For new insights into aerodynamics, scientists turn to paper airplanes 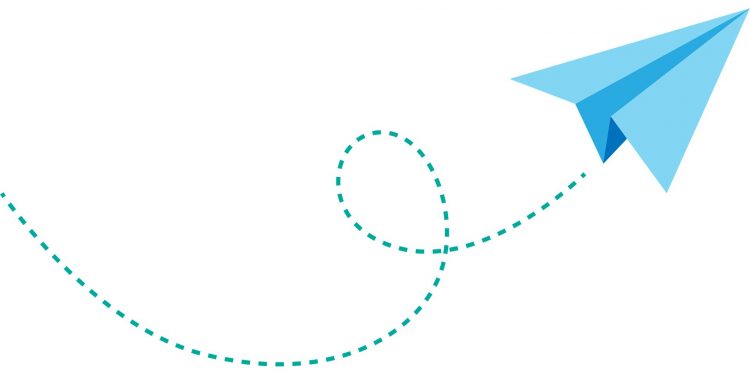 
A series of experiments using paper airplanes reveals new aerodynamic effects, a team of scientists has discovered. Its findings enhance our understanding of flight stability and could inspire new types of flying robots and small drones.

“The study started with simple curiosity about what makes a good paper airplane and specifically what is needed for smooth gliding,” explains Leif Ristroph, an associate professor at New York University’s Courant Institute of Mathematical Sciences and an author of the study, which appears in the Journal of Fluid Mechanics. “Answering such basic questions ended up being far from child’s play. We discovered that the aerodynamics of how paper airplanes keep level flight is really very different from the stability of conventional airplanes.”

“Birds glide and soar in an effortless way, and paper airplanes, when tuned properly, can also glide for long distances,” adds author Jane Wang, a professor of engineering and physics at Cornell University. “Surprisingly, there has been no good mathematical model for predicting this seemingly simple but subtle gliding flight.”

Since we can make complicated modern airplanes fly, the researchers say, one might think we know all there is to know about the simplest flying machines.

The paper’s authors began their study by considering what is needed for a plane to glide smoothly. Since paper airplanes have no engine and rely on gravity and proper design for their movement, they are good candidates for exploring factors behind flight stability.

To investigate this phenomenon, the researchers conducted lab experiments by launching paper airplanes with differing centers of mass through the air. The results, along with those from studying plates falling in a water tank, allowed the team to devise a new aerodynamic model and also a “flight simulator” capable of predicting the motions.

To find the best design, the researchers placed different amounts of thin copper tape on the front part of the paper planes, giving them varied center of mass locations. Lead weights added to the plates in water served the same purpose.

“The key criterion of a successful glider is that the center of mass must be in the ‘just right’ place,” Ristroph explains. “Good paper airplanes achieve this with the front edge folded over several times or by an added paper clip, which requires a little trial and error.”

The researchers coupled the experimental work with a mathematical model that served as the basis of a “flight simulator,” a computer program that successfully reproduced the different flight motions. It also helped explain why a paper airplane is stable in its glide. When the center of mass is in the “sweet spot,” the aerodynamic force on the plane’s wing pushes the wing back down if the plane moves upward and back up if it moves downward.

“The location of the aerodynamic force or center of pressure varies with the angle of flight in such a way to ensure stability,” explains Ristroph.

He notes that this dynamic does not occur with conventional aircraft wings, which are airfoils—structures whose shapes work to generate lift.

“The effect we found in paper airplanes does not happen for the traditional airfoils used as aircraft wings, whose center of pressure stays fixed in place across the angles that occur in flight,” Ristroph says. “The shifting of the center of pressure thus seems to be a unique property of thin, flat wings, and this ends up being the secret to the stable flight of paper airplanes.”

“This is why airplanes need a separate tail wing as a stabilizer while a paper plane can get away with just a main wing that gives both lift and stability,” he concludes. “We hope that our findings will be useful in small-scale flight applications, where you may want a minimal design that does not require a lot of extra flight surfaces, sensors, and controllers.”