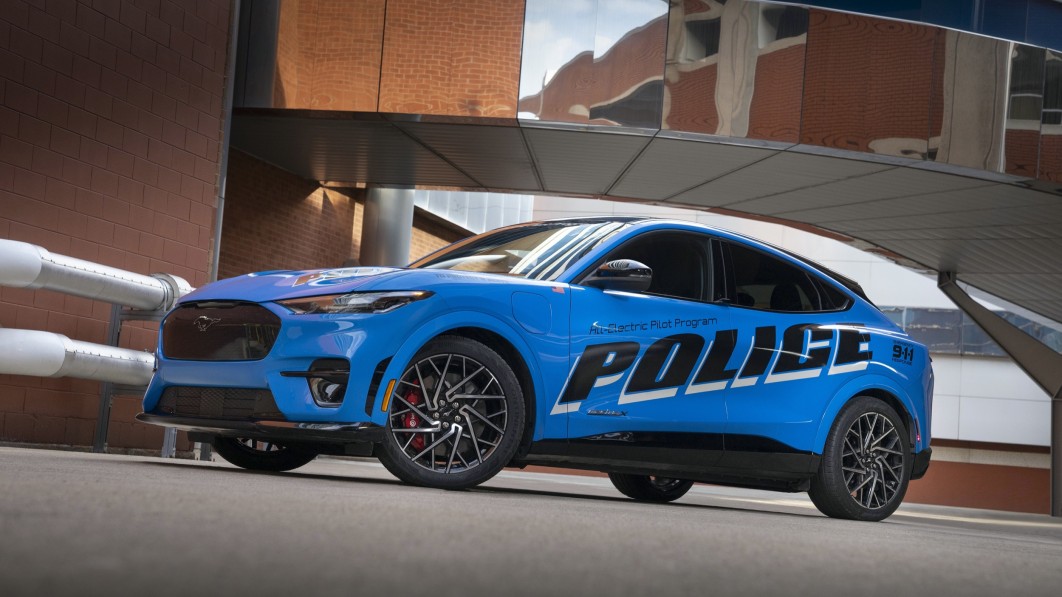 Last week, Ford announced it would provide a version of its Mustang Mach-E battery-electric crossover to the Michigan State Police (MSP) for testing and evaluation. Today, we learn that the Mach-E passed the agency’s tests, making it the first all-electric vehicle to do so.

While the MSP won’t publish the actual results of the test until later this fall, we know the agency evaluates vehicle performance in a number of categories, including acceleration, top speed, braking, high-speed pursuit, as well the sort of handling required by an emergency response vehicle. Every year, the MSP publishes the results of its annual vehicle testing program for use by other agencies in the U.S.

“The fact that the Mustang Mach-E successfully stood up to the grueling Michigan State Police evaluation demonstrates that Ford can build electric vehicles that are capable, tough and reliable enough for even the most challenging jobs,” said Ted Cannis, CEO of Ford Pro, Ford’s newly established business providing commercial vehicles and connected fleet services. “We understand the needs of our commercial customers and are committed to unlocking new electrification opportunities for them.”

The MSP isn’t the first agency to take interest in Ford’s sporty electric crossover. Ford says several police departments in the U.K. have inquired about the Mach-E as a way to help green up their fleets, and Ford obliged them with a concept based on the Mach-E Standard Range AWD model, and outfitted with police livery, lights and sirens. Ford said it will consider further concepts based on that car’s reception. A little closer to home, the city of Ann Arbor, Mich., has commissioned a pair of Mach-E patrol vehicles for its police department, making it the first agency in the U.S. to do so.

We expect to see more agencies take interest in the Ford Mustang Mach-E, especially as many municipalities and organizations continue to overhaul fleets in favor of less-polluting and cost-saving electric vehicles. The fact that the Mach-E also offers multiple powertrain and range configurations, impressive performance and a wealth of useful technology makes it seem only that much more appealing for commercial customers both public and private.

Is the new Alzheimers wonder drug really such a miracle? – Daily Mail

Think You Can Build a Nuclear Power Plant On the Moon? – Newser