Ford Raptor or Corvette-powered Defender, which would you choose? 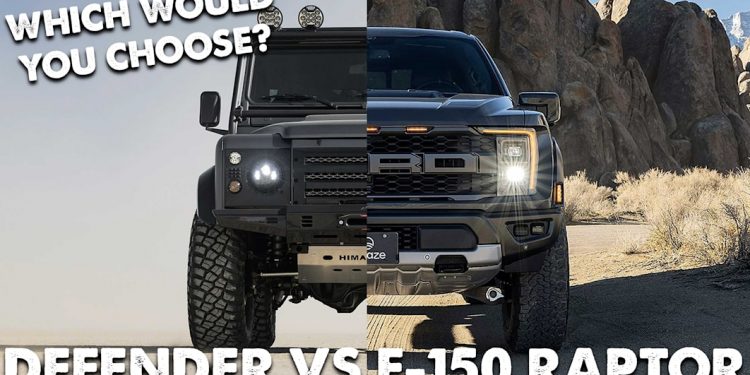 
Autoblog may receive a share from purchases made via links on this page. Pricing and availability are subject to change. No donation or payment necessary to enter or win this sweepstakes. See official rules on Omaze.

Enter this sweepstakes today and get 150 bonus entries by signing up for the Autoblog Newsletter right here!

Going around a track at breakneck speeds is exhilarating, but I much prefer leaving the asphalt behind and hitting the trail, which is why my dream garage is filled with vehicles like Land Cruisers, Broncos, Jeeps, Rams and even a lifted Subaru or two. Not to mention the two vehicles pictured above, the Ford F-150 Raptor and the Land Rover Defender. If either of these are in your dream garage, you’re in luck, because Omaze just happens to be giving away both, right now. All you have to do is enter here for the Raptor and here for the Defender. 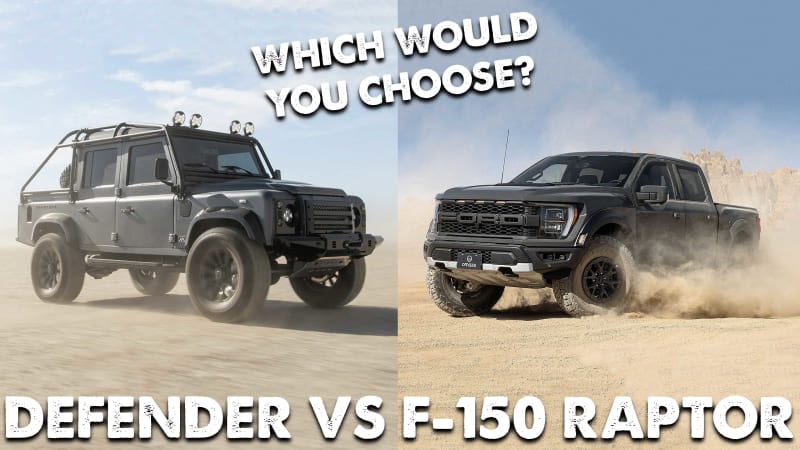 Here is a side-by-side of the specs, according to Omaze: 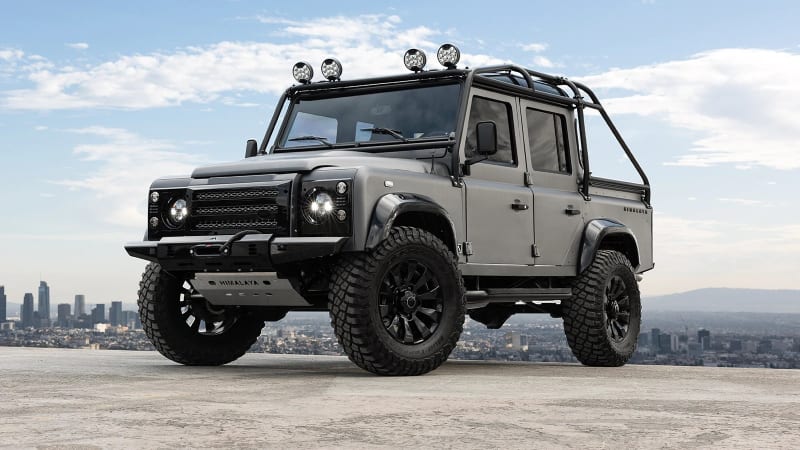 There’s just something about the Defender. It’s rugged, yet handsome. It’s got classic appeal yet feels modern. It also has style while appearing to be as strong as a tank. The F-150 Raptor in comparison, is still a good looking truck, but it doesn’t look as if it would win a fight with a brick wall and come out unscathed. Obviously this is a subjective category but for me the win goes to the Land Rover. 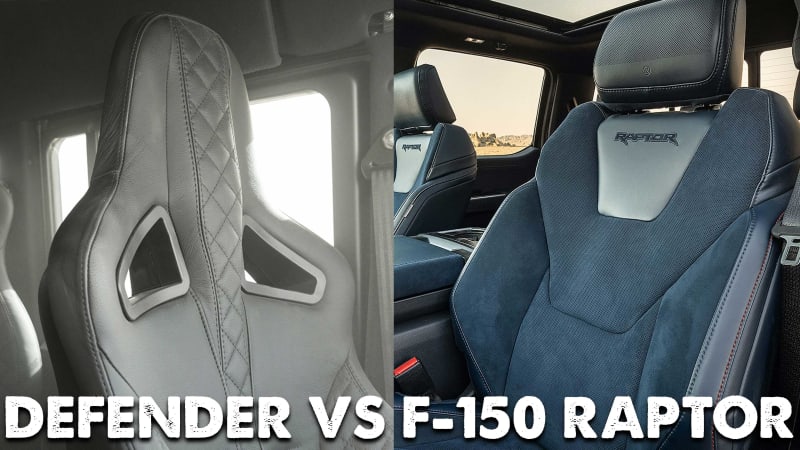 Both of these interiors are fantastic, so I had a tougher time deciding this one. I polled some of the staff and the final score came out split down the middle. The interiors themselves are quite different. Both trucks have large screens, but that’s where the similarities end. If you’re all for form and don’t care about function as much, my guess is that the Defender will win out for you. If you like modern conveniences like lay-flat seats and the interior work surface, then the Raptor is for you. 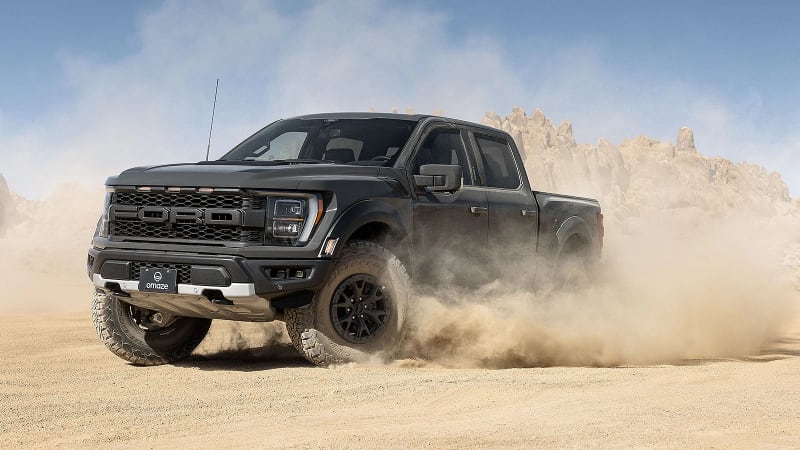 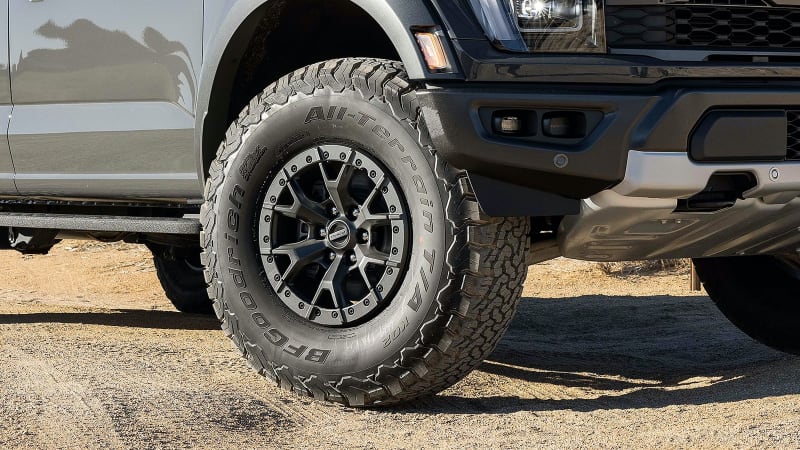 This one is tough, mostly because the specs listed above for the Himalaya were all we had to go off of. I’ve reached out to Himalaya for more info and if they respond, I’ll add more. In the meantime, the Raptor has bigger tires, 37” vs the Defender’s 35”, more torque, and an extended-range 36-gallon gas tank for you overlanders out there. Not to mention the Fox racing shocks and suspension that has made it a household name up until this point. No winch though. It’s a close one. Personally, I’d like to see them meet up in Moab and duel it out. 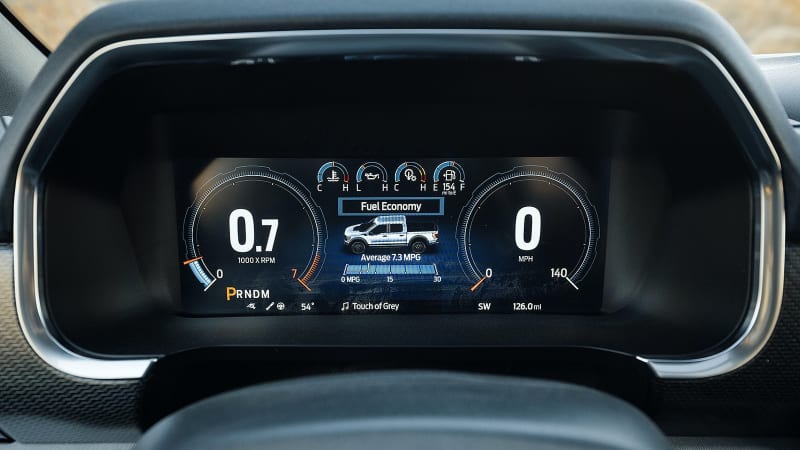 Fuel Economy – Winner: No one

The Defender has the aerodynamic properties of a brick, and the Raptor’s 15 city / 18 highway mpg will have you weeping at the pump, especially with that 36-gallon tank and today’s gas prices. 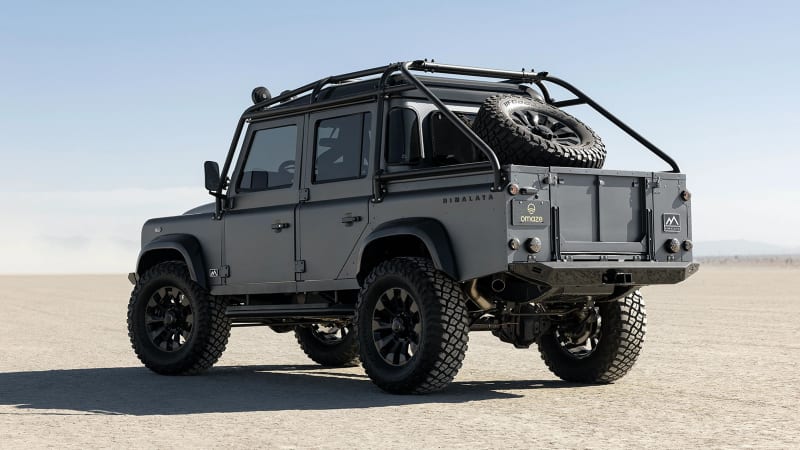 The numbers don’t lie. If you’d rather have the cash option, winning the Defender will net you $157,500 while the Raptor will get you nearly $100k less than that. 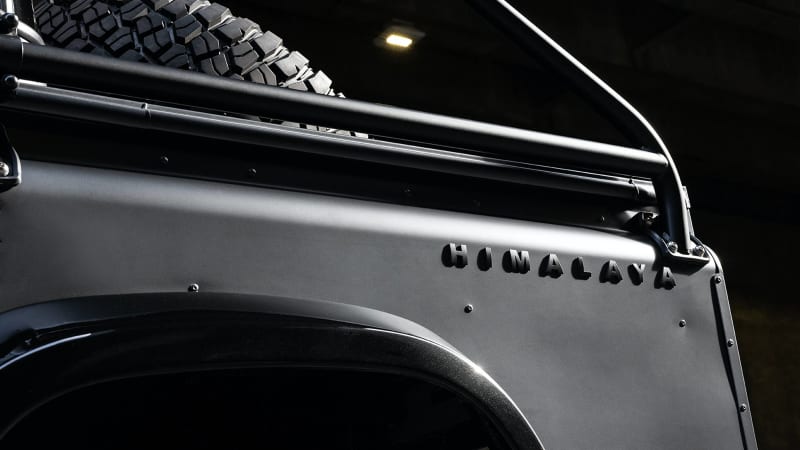 Ford doesn’t release specific F-150 Raptor sales numbers, but their sales have always been good, and it is considered one of the more popular off-road specific trucks ever made. On the other hand, this generation of Defender hasn’t been sold in the United States since the late-’90s, so when you see one on the road, you turn your head. I’ve run into them a few times while overseas, and I always take the time to snap a pic or two.

Honestly, I would gladly accept either one of these trucks. For me the uniqueness of the Himalaya Defender wins out, but not by much. I’ve always dreamed of having a Raptor in my garage, though for me it has been the Ranger ever since I drove one a few years ago in Australia. Maybe there’s room for both, though I think I need a bigger garage.

Which one of these trucks would you choose? Why? Leave us a note below in the comments. In the meantime, if you want to make your dreams a reality without shelling out all of that cash, head on over to Omaze and put your money where your mouth is. With a little luck you may get your dream garage.