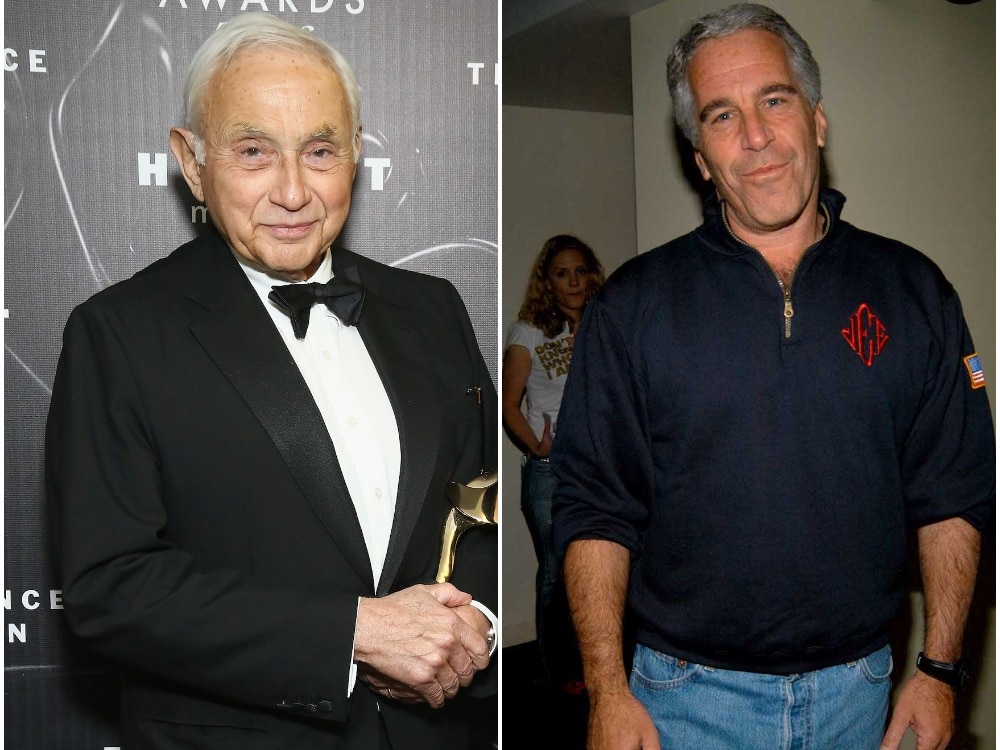 The Wexners are among the richest families in the US, but outside of their hometown in Columbus, Ohio, they maintain a low profile.

Patriarch Les Wexner is a self-made billionaire businessman who built up the US’ largest lingerie retailer, Victoria’s Secret, and is the founder and CEO of its parent company, L Brands. Wexner is the richest man in the state of Ohio and one of Columbus’ most generous donors, funneling hundreds of millions of dollars into local causes. The Wexner family name adorns some of the city’s most prominent buildings, including the medical school at The Ohio State University, which he donated at least $130 million to, and the university’s arts center, The Wexner Center for the Arts, also known as “the Wex.”

But the family’s low-key status all but came to an end after Wexner was catapulted into the public eye in July, when his connection to convicted sex offender Jeffrey Epstein became a much-discussed topic. Epstein, who was facing sex-trafficking charges, died by suicide in a Manhattan jail on August 10.

Epstein previously managed Wexner’s finances, reportedly beginning in the mid-to-late 1980s. Wexner was one of Epstein’s only known financial clients and, according to a lawsuit filed in 2002 by the late artist Nelson Shanks, the two men were, at one point, “close personal friends.”

Wexner passed on several major assets to Epstein — a Manhattan mansion, a private plane, and a luxury estate in Ohio — and gave Epstein power of attorney over all his legal and financial matters, which meant the financier could hire people, sign checks, buy and sell properties, and borrow money on Wexner’s behalf.

Read more: Jeffrey Epstein reportedly lived the life of a billionaire thanks to hand-me-downs from Victoria’s Secret head Les Wexner

After Epstein was arrested in July, a spokesperson for Wexner said that the retail executive had severed ties with Epstein more than 12 years ago. L Brands subsequently hired outside legal counsel to investigate the company’s own connection to Epstein following reports that Epstein had used his connection to Wexner as a way to coerce victims into sexual acts, promising them modeling jobs.

Wexner later wrote a letter to members of his namesake Wexner Foundation saying that Epstein had “misappropriated vast sums of money” from his fortune while serving as his financial adviser.

“This was, frankly, a tremendous shock, even though it clearly pales in comparison to the unthinkable allegations against him now,” Wexner wrote in the letter.

These reports have led many to wonder about Wexner, the man and business executive.

Business Insider spoke with nine former longtime senior managers and executives at Victoria’s Secret and L Brands to find out more about the man behind the $4.6 billion retail empire. These employees were granted anonymity in order to speak frankly about their time working at the company and about their interactions with Wexner.

From small business owner to billionaire

These former employees painted a picture of a quiet, reclusive man who grew up in Ohio and never left, working his way up from running a small store in downtown Columbus to owning and founding L Brands, one of the largest retail corporations in the US, and becoming one of the world’s richest and most successful businessmen. Wexner has an estimated net worth of $4.3 billion, according to Forbes.

“People would really fawn over him for the most part,” one former L Brands executive who left the company in 2017 said. “You feel like you’re around a celebrity.”

For many of L Brands’ corporate employees, their only interaction with the billionaire executive would be a brief glimpse at a company event. 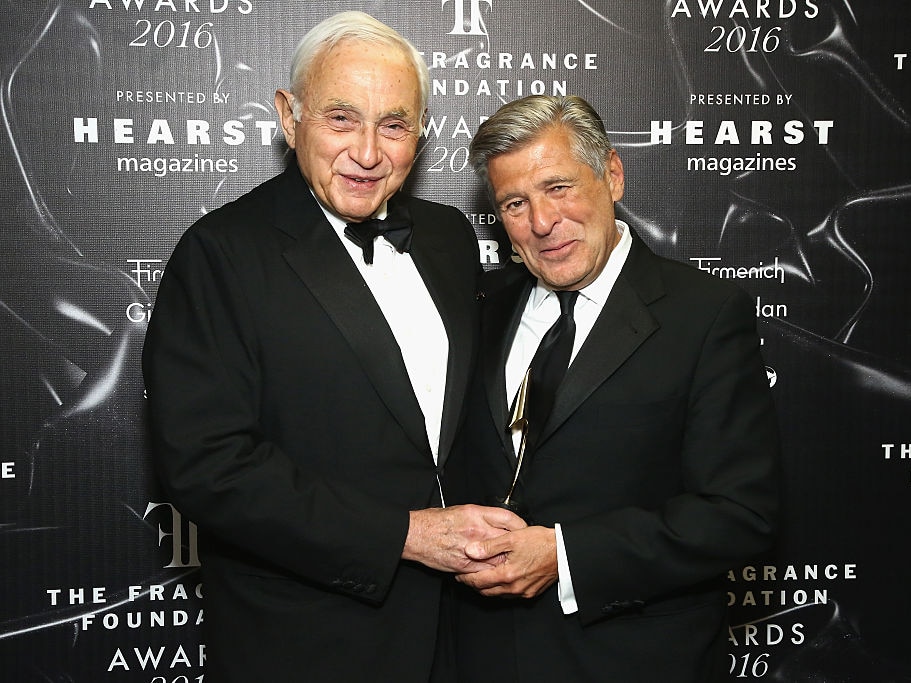 These employees said that for many years, Wexner stayed out of the day-to-day running of the business, relying on his closest confidants — L Brands’ strategic patterning chief Jamie McFate and former Chief Marketing Officer Ed Razek — to be his eyes and ears at the company.

“The business of the business interests me. Not that part,” Wexner said in a rare media interview in 2018, responding to Financial Times journalist Barney Jopson’s question about whether he was involved in the annual fashion show or had ever attended a shoot.

Three former employees familiar with the fashion shoots’ operations confirmed to Business Insider that Wexner was never present in the time that they were there.

“His tastes are plain, his instincts commercial. If he has a wandering eye, it is for anomalies in the company accounts,” Jopson wrote in 2018.

Wexner became more involved in the day-to-day running of his businesses when sales were down.

“He didn’t come round if the business was strong and we were getting great results,” a former Victoria’s Secret executive who worked at its Columbus office for well over a decade told Business Insider.

For Victoria’s Secret, this happened in 2016, when the brand’s longtime CEO Sharen Turney stepped down from the company and Wexner filled her shoes in the interim.

Overnight, employees who had rarely had exposure to Wexner started to see him on a weekly basis, during Monday evening sales meetings.

“People would leave there in tears,” a former employee who worked in a senior management role at Victoria’s Secret for over a decade and was laid off told Business Insider.

She said Wexner picked apart ideas from employees in the meetings, grilling them on what they would do to fix the business.

She said: “If sales were bad, he could be harsh. He never had a reputation for being kind or encouraging.”

And the pressure was mounting. After a four-year run of record sales, growth dipped at the back end of 2016, and Wexner wanted answers.

“You would have to sit there until he was finished. It could go til eight, nine, or 10 at night, it didn’t matter if you have a family,” another former executive who worked at Victoria’s Secret’s New York office for nine years and was laid off in mid-2017 told Business Insider.

A spokesperson for L Brands declined to comment when contacted by Business Insider.

Another former employee who worked in a senior management role at Victoria’s Secret for well over a decade said that Wexner became more defensive in meetings when anyone made suggestions that were outside what Victoria’s Secret had always stood for: selling a fantasy.

In leadership meetings, employees often suggested killing its annual fashion show and giving the brand a new voice. But their suggestions were shut down, this former employee said.

“He felt only certain people should make decisions,” she said, adding that Wexner and Razek “just stopped listening.”

Read more: People slammed Victoria’s Secret after its marketing chief made controversial comments about transgender models, but he didn’t resign. This could be why, according to former executives. 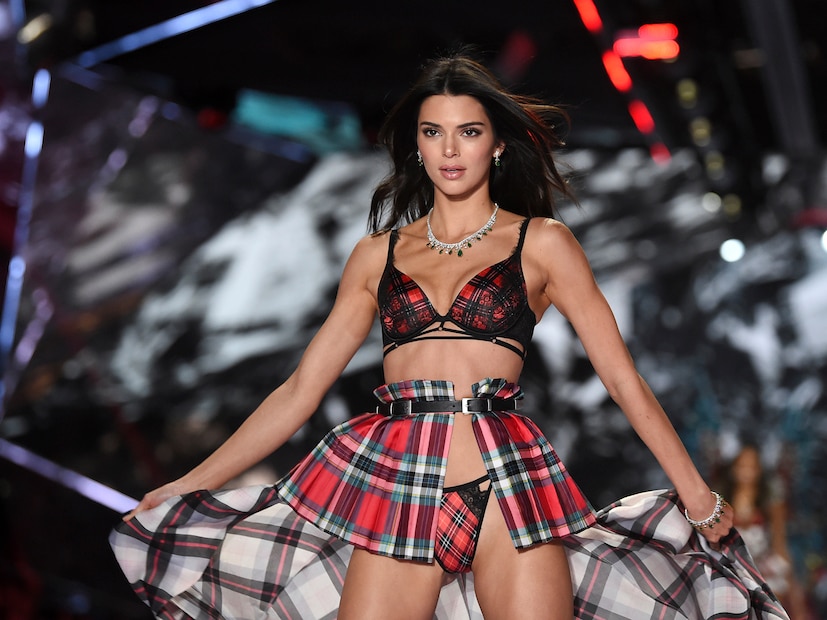 But times were changing, and the brand was increasingly at risk of losing relevance with its racy runways shows and hypersexual ads. This came to a head when the #MeToo movement erupted in late 2017.

Victoria’s Secret’s annual fashion show aired just over a month after allegations of sexual harassment began surfacing around Harvey Weinstein, and ratings for the show dropped by 30%, hitting a new low. Victoria’s Secret has since said it is “rethinking” the show.

“The brand didn’t evolve, they were tone-deaf,” a former senior manager at Victoria’s Secret who worked at the company for over a decade in the 1990s and early 2000s said, adding, “You can’t believe your own hype forever. They didn’t grow where the industry was growing.”

The former executive who worked at Victoria’s Secret’s New York office for nine years said it marked the beginning of a downfall for the brand.

“We would always say with all his money, why doesn’t he just step back and let people run this brand? Why is he so involved?” this person said.

But Wexner insisted that he knew what women wanted. He even told a room of female employees just that.

“He would often say things like, ‘I am the only one in this room who really understands what women want,'” according to the former executive who worked at Victoria’s Secret’s Columbus office for well over a decade.

If he did have doubts, he would turn to Razek.

“Ed Razek knows sexy, so he will tell me if it’s sexy,” Wexner would say, according to this executive.

But, what of Epstein?

While these employees said they never met Epstein and never saw him in their offices, Wexner had, at one point, put a seemingly similar level of trust in his money manager as he had in Razek and his other right-hand men. Many have speculated why.

Wexner “is not someone who is going to admit that he doesn’t know something or ask for help,” the former executive who worked at its Columbus office for well over a decade said, adding, “It doesn’t surprise me that he would choose to go with a financial advisor who didn’t intimidate him.”

Since the news of Epstein’s arrest broke, there have been some big changes at the company. Razek announced his resignation from L Brands after more than two decades, and Victoria’s Secret hired its first transgender model.

And in the company’s most recent earnings call earlier this month, CFO Stuart Burgdoerfer assured investors that the company is taking a hard look at almost every material aspect of the business.

“Everything is on the table,” he said.

If you are an employee of Victoria’s Secret and have a story to share, contact this reporter at mhanbury@businessinsider.com or securely via encrypted messaging app Signal at +1 (646) 768-4716 using a non-work phone.