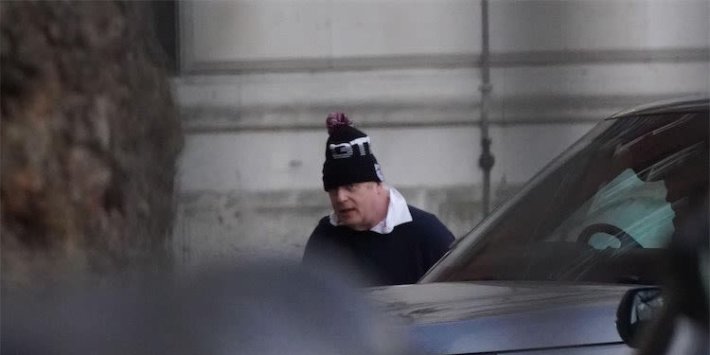 Former minister Andrew Mitchell has warned Boris Johnson that the “partygate” scandal and its associated damage to the Conservatives “is not going to go away”.

Mitchell described the fallout from Sue Gray’s “update” on her investigation into alleged lockdown-breaching parties in Downing Street as “battery acid”, which has been “corroding the fabric of the Conservative party”.

“One of the most interesting things that the Prime Minister said yesterday is that we must look at ourselves in the mirror,” he told BBC Radio Four’s Today programme.

“The truth is that it is he who needs to look at himself in the mirror,” Mitchell added.

On Monday afternoon Mitchell stunned the Commons as he announced, following the publication of Gray’s report, that the Prime Minister “no longer enjoys my support”.

“I am deeply concerned by events and very concerned indeed by some of the things [Johnson] has said from that despatch box and has said to the British public and our constituents,” Mitchell said.

This morning Justice Secretary Dominic Raab continued to defend Johnson amid criticism of the Prime Minister’s less than contrite response to party allegations by Mitchell and other veteran Conservatives, including former Prime Minister Theresa May.

In the Commons yesterday May launched a scathing attack on Downing Street, in which she suggested senior government staff “didn’t think the rules applied to them”.

But this morning Raab said he didn’t “actually think that’s quite right”.

“[Gray’s report] said that they haven’t lived up to the standards that would’ve been expected,” he explained.

Details surrounding 12 of the alleged Downing Street events are under investigation by the Metropolitan Police over possible breaches of Covid laws at the time were left out of Gray’s update on Monday.

“It is quite right to wait for them to conduct their investigation,” Raab said.

Johnson has faced criticism from across the Commons and the public after he repeatedly avoided confirming whether a full version of Gray’s report will be made public once the Met’s inquiry is concluded. A Downing Street spokesperson has since suggested that more detail from Gray will be published after the Met said there is ultimately no legal reason for the information to be held back.

Police confirmed that they had received more than 300 photographs and 500 paper documents related to the parties from Gray.

Last week the civil servant was advised to only make “minimal reference” to what has now been confirmed as 12 alleged gatherings that took place in Number 10, being investigated by the Metropolitan Police.

In her update, Gray pointedly noted that she could not produce a “meaningful report” while police inquiries are on going.

Raab this morning insisted that the Prime Minister has “published the full report he’s been given”.

“He’s in the hands of Sue Gray,” the justice secretary told Sky News.

“If there’s any subsequent findings from Sue Gray [they will be published] and he was clear about that today.”

Raab also insited that voters and MPs now “overwhelmingly” want to see Johnson move on from partygate to focus on issues including the vaccine rollout, economy and crisis in Ukraine.

“In [yesterday’s] meeting of the parliamentary party, which I attended with the Prime Minister, of course there were questions, you’d expect that.

“But actually people want to see the Prime Minister get on with the job and recognise the job that he’s done on the vaccine rollout, economic recovery and the foreign policy issues he’s dealing with in Ukraine.”

How to Get the Perfect Macro Shot