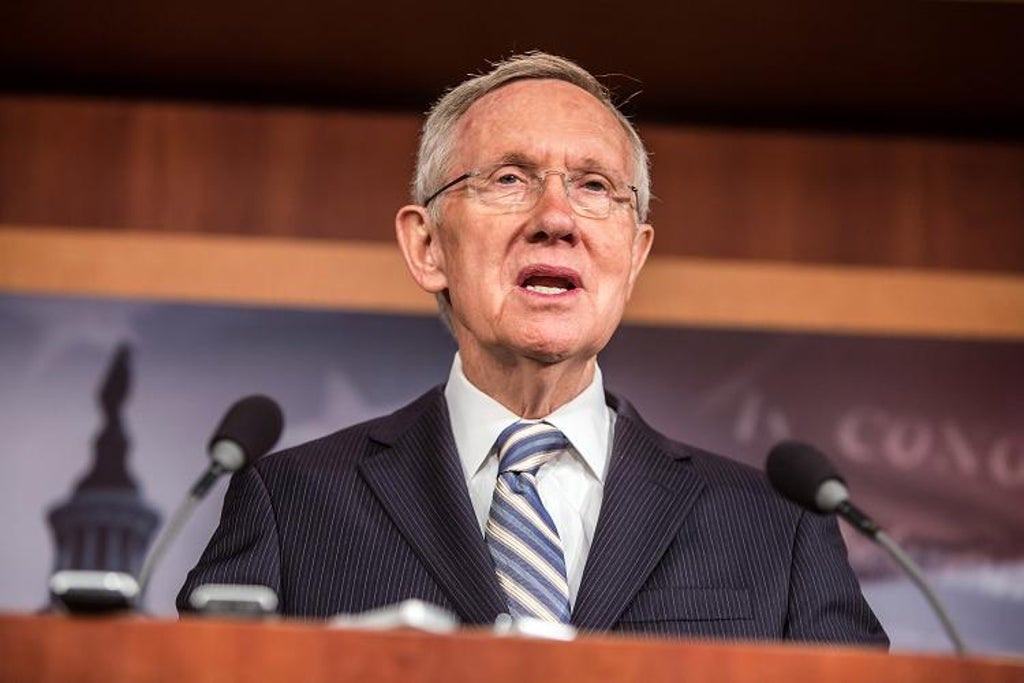 The Democratic Senate leader had battled pancreatic cancer and left the Senate after suffering an injury that left him without much of his sight in one eye. While serving in the upper chamber of Congress, he oversaw one of the Senate’s most significant changes in recent memory; a carve-out of the filibuster for judicial nominees and members of the executive branch, with the exception of Supreme Court justices. He also oversaw congressional ethics reforms, as well as the passage of the Affordable Care Act, and would go on to call for an end to the 60-vote filibuster rule anyway, which he credited with turning the Senate into a “legislative graveyard”.

Mr Reid died at his home in Henderson, Nevada, on Tuesday. His wife, Landra Reid, told the Nevada Independent that her husband was a “deeply loyal friend” and “devout family man”.

“We greatly appreciate the outpouring of support from so many over these past few years,” Ms Reid told the news outlet. “We are especially grateful for the doctors and nurses that cared for him. Please know that meant the world to him.”

He announced in 2020 that he was in remission after battling cancer for years. Mr Reid was Nevada’s longest-serving senator, and arguably the most prominent politician from the state on the national stage in US history.

That notoriety was pointed out by the state’s current governor, Steve Sisolak, who told the Nevada Independent: “To say Harry Reid was a giant doesn’t fully encapsulate all that he accomplished on behalf of the state”, adding: “[T]here will never be another leader quite like Senator Reid.”

The senator was known for his short temper and tendency to cause controversy with his remarks, however, he also remained on top of trends in the Democratic Party and on the left in general in a way that other party leaders could not. He was an early supporter of former President Barack Obama’s successful 2008 bid for the presidency, and also was one of the most prominent and earliest critics of the right-leaning Koch brothers, David and Charles Koch, whose wealth has bankrolled a number of right leaning causes over the years.

Mr Obama shared a letter he sent to the late Mr Reid on Tuesday after the news of his death became public.

When Harry Reid was nearing the end, his wife Landra asked some of us to share letters that she could read to him. In lieu of a statement, here’s what I wrote to my friend: pic.twitter.com/o6Ll6rzpAX

He retired from the Senate after expressing criticism for lawmakers who remain in office into their later years, and endorsed his eventual successor, now-Senate Majority Leader Chuck Schumer, who eulogised Mr Reid in a statement released through Twitter.

Harry Reid was one of the most amazing individuals I’ve ever met, “tweeted Mr Schumer. “He never forgot where he came from and used those boxing instincts to fearlessly fight those who were hurting the poor & the middle class.”

“He’s gone but will walk by the sides of many of us in the Senate every day,” added the New York senator.

He’s gone but will walk by the sides of many of us in the Senate every day pic.twitter.com/8T9PiD7vY4

Before joining the Senate in 1987, he served in a number of other roles, including chair of the Nevada Gaming Commission, a job that gave him oversight of Las Vegas’s famous casinos. That nearly led to his premature death in 1981, when Ms Reid found a bomb attached to their family car. The culprit was never proven.

He remained a kingmaker in Nevada Democratic Party politics until his death, and is widely credited with helping one of the state’s current senators, Jacky Rosen, ascend to office after he put his thumb on the scale during her successful 2018 run for office against then-incumbent Republican Sen Dean Heller.

Tributes poured in for the former senator from Democrats late Tuesday evening after news of his passing broke, including from Julián Castro, one of the most prominent young Democrats to come out of the US southwest in recent memory who in 2020 ran for president in the crowded Democratic primary.

“Harry Reid taught us all how to campaign with conviction, govern with guile, and fight like hell for what you believe in,” said Mr Castro. “My thoughts go out to his family—and to the people of Nevada, who have benefited tremendously from his work.”

Harry Reid taught us all how to campaign with conviction, govern with guile, and fight like hell for what you believe in.

My thoughts go out to his family—and to the people of Nevada, who have benefited tremendously from his work. pic.twitter.com/4VwpXADXRk

How to Get Paid to Go to School