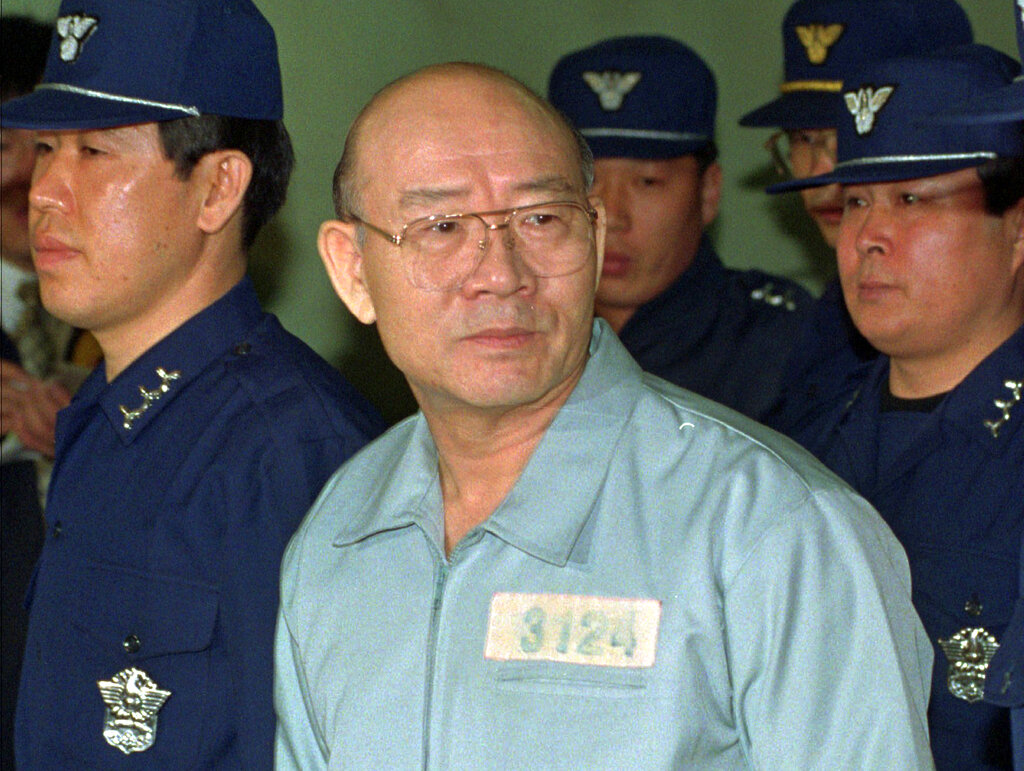 SEOUL, South Korea — Former South Korean military strongman Chun Doo-hwan, who took power in a 1979 coup and brutally crushed pro-democracy protests before going to prison for misdeeds in office, died on Tuesday. He was 90.

Hundreds of pro-democracy protesters were killed and tens of thousands were imprisoned during Chun’s presidency in the 1980s, but he allowed some liberalization after years of authoritarian rule. Under public pressure, he allowed the first direct and free election in the nation’s history.

Facing massive criticism after he left office in 1988, Chun took refuge for two years in a Buddhist temple before being arrested. He was tried for corruption, mutiny and treason and was sentenced to death upon conviction. He was pardoned in 1997 in a bid for national reconciliation.

Chun was an army major general when he seized power in December 1979 with his military cronies. Tanks and troops rolled into Seoul in a coup that came less than two months after his mentor, President Park Chung-hee, was assassinated by the intelligence chief during a late-night drinking party.

Chun quickly consolidated his power by suppressing a civil uprising in the southern city of Gwangju, then spelled Kwangju. His government also imprisoned tens of thousands of students and other citizens, saying it was rooting out social evil.
Tags: ChuncoupDeadDoohwanKoreanleaderSouth
Previous Post