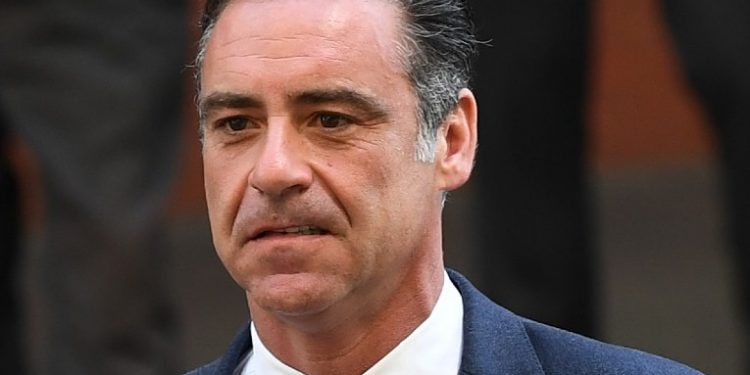 Police say the ex-game show host had 1.5 grams of cannabis on him on the night he allegedly assaulted the 38-year-old woman at his Kent Street home last week.

Mr O’Keefe, 50, didn’t appear before Central Local Court when he was formally charged with possessing a prohibited drug last month.

The former White Ribbon ambassador remains accused of attacking a woman who allegedly had to bite him to break free from his city apartment on January 25.

He is charged with two counts of intentionally choking a person without consent, three counts of common assault and assault occasioning actual bodily harm.

Mr O’Keefe claims he acted in self-defence and is expected to enter pleas when the case returns before Magistrate Robert Williams next Friday.

During an unsuccessful bail application last week, the court heard he had been diagnosed with several conditions relating to mental health and addiction.

Mr O’Keefe worked for Channel Seven for 17 years, appearing on programs, such as Weekend Sunrise and The Chase Australia.

He was chair of domestic violence charity The White Ribbon Foundation when it was established in 2007.

He is now longer an ambassador for the organisation, which was relaunched after going into liquidation in 2019.