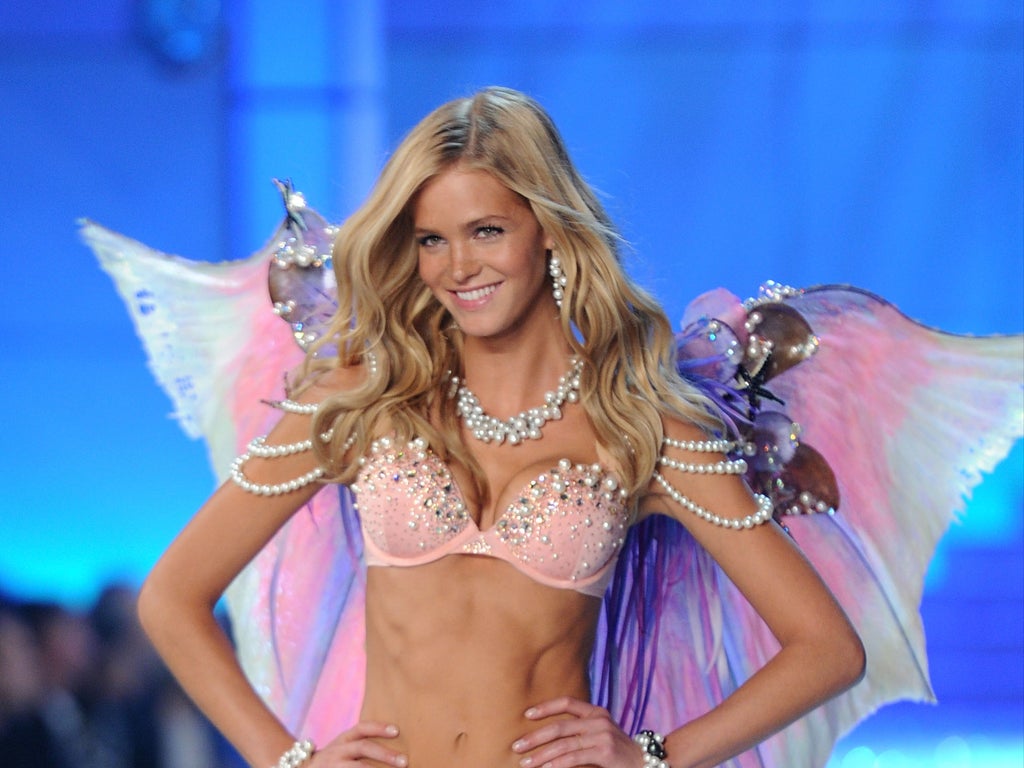 Former Victoria’s Secret Angel Erin Heatherton has opened up about the pressures she felt when working with the lingerie brand, and the drastic measures she took to continue fitting the image.

The model, who worked for the brand from 2010 to 2013, discussed her experience during an appearance on an upcoming episode of the podcast Fallen Angel, where she revealed that she sought help from a nutritionist, who prescribed her drugs, to help her lose weight during her time as an Angel.

According to Heatherton, 32, who reportedly appears in episodes five and eight of the C13Originals and Campside Media podcast series, she felt that things started to “go south” when she became 25.

“There was this certain point where everything that I was doing just didn’t yield the same results,” she told hosts Justine Harman and Vanessa Grigoriadis in an upcoming episode, according to People. “I was just a little bit bigger. In retrospect, that’s just biology and how the body works. You’re not the same size when you’re 18 to when you’re 25.”

While Heatherton recognises the harm of the body image pressures now, at the time she said she was working out and exercising in an attempt to fit the model ideal. She also eventually sought help from a “nutritionist to the stars,” with the model recalling how the doctor had prescribed her an amphetamine-like diet pill and hormone injections after she had urged him to help her lose weight.

“[He] started me on this diet pill called phentermine, which my therapist later called ‘bathwater meth,’” Heatherton said, according to Cosmopolitan.

In addition to the appetite suppressant, the doctor also “suggested something this other model did that worked for her,” Heatherton recalled, adding that she began injecting herself with HCG, a hormone called human chorionic gonadotropin that is produced during pregnancy.

“I started like a diabetic injecting my stomach every morning,” she said.

According to Heatherton, she now looks back on her behaviour as similar to “emotional cutting,” as she noted that she was “so against” what she was doing but was “just reluctantly doing it almost to feel the pain or feel how wrong it was”.

Since leaving Victoria’s Secret, Heatherton said she has done “a lot of work on forgiveness” to help her move past her relationship with the brand, with the model explaining that she doesn’t “have any faith that these people really cared about me”.

“You know what I’m saying? It’s just about business,” she added.

While the model said that she is no longer “mad” at the brand, she told the podcast hosts that she wanted to share her story in the hopes of helping others.

“I share my story again because I don’t want anyone to have an eating disorder or hate their bodies,” she said, according to People. “I know what that feels like. I speak out only for people that might hear me and think: ‘Hey, that makes sense,’ or maybe that might change their attitude towards how they treat themselves.”

This is not the first time that Heatherton has opened up about the body image pressures she faced while working for Victoria’s Secret, as she previously said in an interview with TIME’s Motto that she was told during her last two runway shows that she needed to lose weight.

According to Heatherton, although she tried to meet the Angel ideals, by her final Victoria’s Secret show, her body “just couldn’t do it”.

At the time, the Illinois-born model also acknowledged that she decided to leave the brand because she couldn’t continue the pretense that the way she looked was “easy and simple and everyone can do this”.

“I realised I couldn’t go out into the world – parading my body and myself in front of all these women who look up to me – and tell them that this is easy and simple and everyone can do this,” she said.

Heatherton is not the only former Victoria’s Secret model to speak out about her experience, as Bridget Malcolm also recently criticised the lingerie company in a viral TikTok where she revealed that she no longer fits into the bra she wore during the 2016 fashion show because she was so underweight.

In a statement to People, Victoria’s Secret, which has recently undergone a rebranding, said: “There is a new leadership team at Victoria’s Secret who is fully committed to the continued transformation of the brand with a focus on creating an inclusive environment for our associates, customers and partners to celebrate, uplift and champion all women.”

The light, sound and smell...

The ITV show is currently...

Clara, the idea that was born from a roasted carnita and became the fastest growing Latin startup