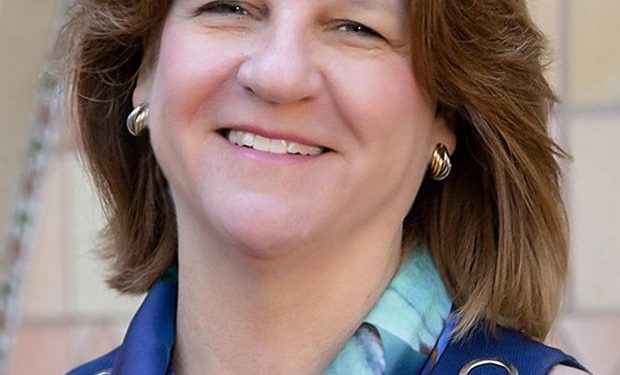 
Four Peninsula politicos are going head to head in the June 7 primary to determine who will replace Don Horsley on the San Mateo County Board of Supervisors to represent the largest district in the county, encompassing mostly open space, coastside communities and affluent suburbs.

Horsley, who has represented the massive area since 2010 and is currently the board’s president, will be termed out of his post this year along with Carole Groom who represents district 2 which includes the bayside communities.

Their departure opens up two seats on a board that has historically lacked diversity and which has not had significant changes since David Canepa was elected in 2016.

Parmer-Lohan, who has served on the San Carlos Board and became the first out LGBTQ mayor in Silicon Valley, is running a campaign focused on clean air, housing for all, protecting the county’s coastlines, beaches and open spaces and ensuring the safety of hillside communities threatened by wildfire.

With over 70% of the district being mostly open space, the area is particularly vulnerable to sea-level rise and the effects of the massive wildfires that have plagued California in the past decade. Led by Horsley, supervisors have made it a priority over the past few years to mitigate the effects of wildfire and climate change, investing money in preservation techniques from erosion control to reducing potential fuels with billy goats.

Palmer-Lohan boasts a key endorsement from Horsley, who said in a press release that she “offers fresh ideas and a bold vision for addressing the challenges… including wildfire prevention, drought and sea-level rise.”

“I cannot think of a more qualified leader,” Horsley said.

Parmer-Lohan conducted a “listen and lead” tour over the past year across the county, and she said she has “engaged hundreds of residents to better understand their vision and priorities.”

Booker, a Black business representative and political director for the International Brotherhood of Electrical Workers Local 617, is focusing his campaign on tackling traffic congestion, investing in affordable housing, ensuring internet access for all and improving police-community relations. He also has made it a goal to tackle the county’s climate change issues.

Booker served six years in the US Air Force and has spent hundreds of volunteer hours and his career fighting for the rights of workers. He said he has always advocated “for those in need” and given a voice “to those who aren’t being heard.”

In his campaign, Booker makes a point of noting the lack of diversity on the board of supervisors and hopes that his election to Horsley’s seat will help change that.

“For a county as diverse as ours, the leadership has not reflected that same diversity,” Booker said, adding that he “believes that our county government needs to be more accessible and approachable, especially for underserved and underrepresented communities that stand to benefit the most from county services.”

He is endorsed by former President of the Board of Supervisors Canepa and Deputy Mayor of San Mateo Rick Bonilla.

Kiraly, currently a member of both the San Mateo County Harbor District Board and the Menlo Park Fire Protection District Board, announced her campaign will focus on rectifying the “political disharmony” that has existed in the county for the past few years.

“There is so much we need to do together,” Kiraly said, focusing on the effects of the coronavirus pandemic has had on small businesses, housing affordability, wildfire danger and drought and crime. “I’m running to bring our community together.

On the harbor board, Kiraly said she fought to protect our environment and keep the county’s coastline safe, as an elected official of her local fire board she “always puts safety first,” and as a member of the California Commission for Economic Development, she ” worked to help our state recover from the great recession.”

Ray Mueller, who has twice served as the mayor of Menlo Park and is an in-house attorney for the Blue Water Task Force, said his top issues include economic recovery from COVID-19, affordable housing, investment in coastside infrastructure like public schools and drinking water, and stewarding the environment by mitigating wildfire and sea-level rise while supporting farmworkers and the district’s agricultural industry.

For Mueller “experience matters.” He was first elected to the Menlo Park council in 2012 and he hopes to continue his streak of service in Horsley’s seat. He boasts endorsements from Congresswoman and former Supervisor Anna Eshoo (D-Menlo Park) and Congressman Eric Swalwell (D-Livermore).

“The effect of COVID-19 has been devastating, but I believe our brightest days are ahead of us,” Mueller said. “We can rebuild, recover and grow stronger. Access to quality education and childcare, support for seniors, efficient multimodal transportation infrastructure, responsible and equitable affordable housing creation, an economy that supports small businesses, parks, beaches, and open spaces that are invested in for the enjoyment and quality of life of our families and the generations to follow. These are issues I will fight for.”

‘The anxiety and distrust will never go away’: how financial infidelity can hurt more than an affair | Money

‘The anxiety and distrust will never go away’: how financial infidelity can hurt more than an affair | Money