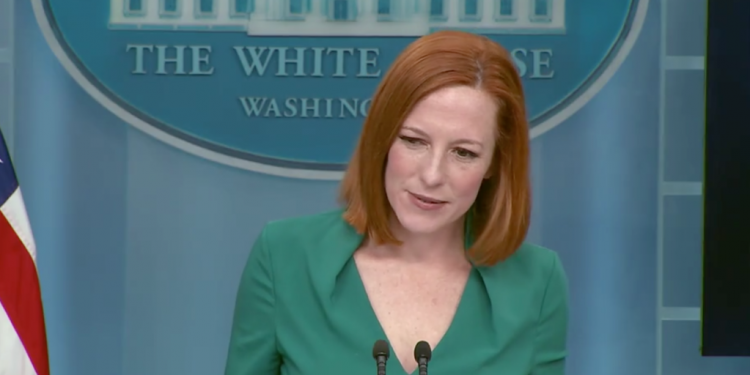 One of the hallmarks of Biden Administration press conferences has been the ongoing repartee between Fox News White House Correspondent/gadfly Peter Doocy and press secretary Jen Psaki.

Doocy’s carefully-crafted questions often take surprising turns and seek to frame events in a politically-disadvantageous way for the administration. They’re meant to to elicit a TV moment.

Psaki has made her mark in the briefing room with replies that are fact-filled, succinct and sometimes — especially to Doocy — a little cutting.

So with Psaki announcing she will leave her post this month, Doocy tried one more time to catch her off guard with the most disarming tactic of all: He played nice.

When the press secretary called on him, Doocy started with, “Sorry to see you go.”

Psaki shot back with a sideways glance and a biting, “Are you?” which elicited laughter across the briefing room, even from Doocy.

“Yes,” he responded, “and you’ve always been a good sport. On behalf of everybody,” he continued, waving his hand around the room, “thank you.”

“Thank you. As have you,” she replied.

Doocy then launched his opening salvo, “Do you think that the progressive activists that are planning protests outside some of the [Supreme Court] justices’ houses are extreme?”

Psaki responded curtly, and things were back to normal.

Doocy: Sorry to see you go
Psaki: Are you? pic.twitter.com/QerK6a4GE0