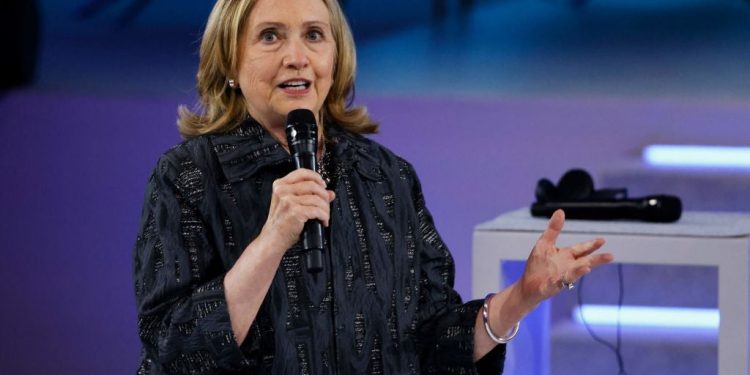 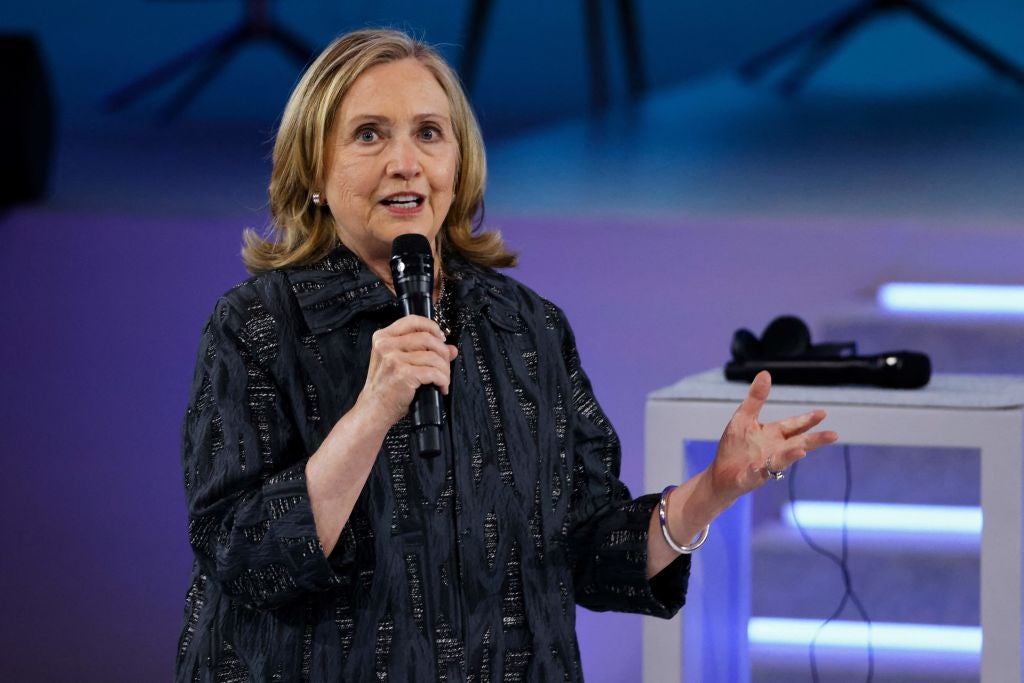 Commenters on Twitter noticed that the network cut away from coverage of her speech while Ms Clinton was in the middle of a blistering attack on Donald Trump and the Republican Party, where she declared that the GOP supported rioters who battled police officers and sought to conduct an insurrection.

New York state, she said in the address seconds before being cut off by Fox’s Martha MacCallum, must become “not just a laboratory of democracy but a protector of democracy. And we must reject the Big Lie’ about the 2020 election —”.

Amazing — Fox News hyped their coverage of Hillary Clinton’s speech all day. They ended up carrying about 30 seconds of it before cutting away as she denounced Republicans for defending “coup plotters” and embracing the big lie https://t.co/2CwshTYqUn

The moment that Fox’s cameras cut away came a little more than five minutes into Ms Clinton’s speech — not 30 seconds, as Aaron Rupar, a former Vox journalist, claimed.

While CNN and MSNBC did not carry the speech at all, Fox’s decision to cut away was notable given the number of times her upcoming remarks had been mentioned across Fox News and Fox Business over the past several hours. One analysis of transcripts from shows throughout the day indicated that it was mentioned 37 times.

The Independent has reached out to Fox representatives for comment.

CNN was widely criticised by liberals and media watchdogs throughout the 2016 election for the decision by then-president Jeff Zucker to carry Donald Trump’s speeches in full, often with minimal fact checking as the events occurred. That led to long swaths of airtime where the former president was allowed to air false or misleading claims without challenge.

Fox News as well as many Republicans on Capitol Hill (not to mention Mr Trump himself) remain fixated on Ms Clinton, the former president’s 2016 challenger, for reasons purporting to revolve around allegations that she or people allied with her “spied” on either the Trump 2016 campaign, the Trump White House, or both.

John Durham, a special counsel appointed by the Justice Department, recently alleged in a court filing that a lawyer who previously worked for Ms Clinton developed a relationship with a company that would come to establish a relationship with the White House that resulted in the company’s executives having access to government databases that allowed them to snoop around for supposed connections between Mr Trump and Russia.

Ms Clinton has yet to comment on the development, and there isn’t yet any proof that she or others around her knew of the effort being undertaken by the attorney, Michael Sussmann, who has plead not guilty to lying to investigators in the case. On Thursday, Mr Sussmann’s attorneys asked a judge to dismiss that charge.