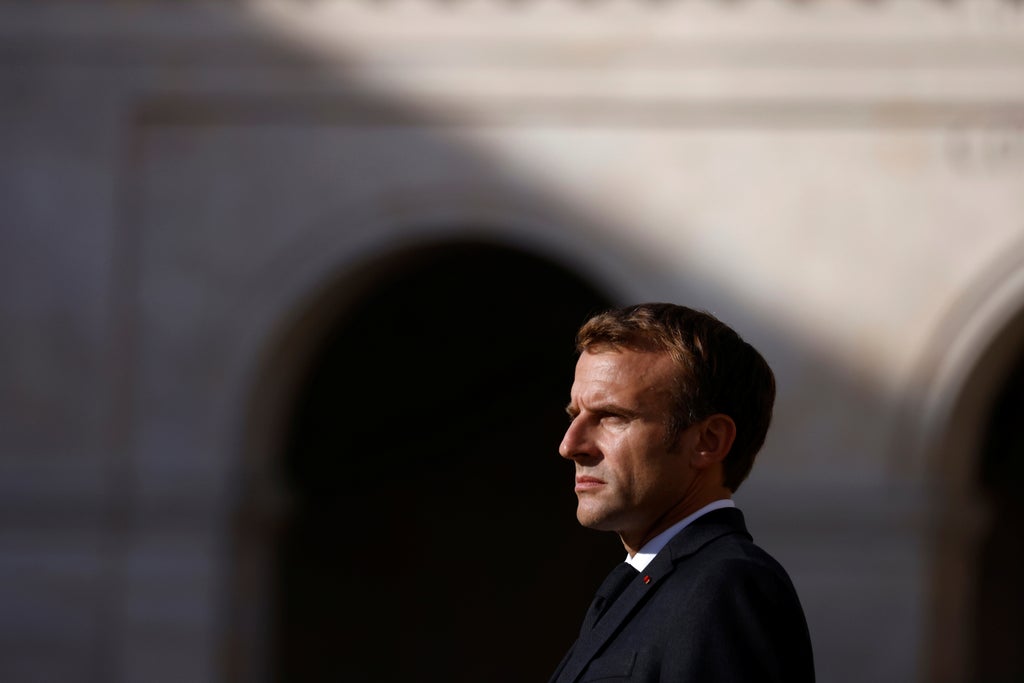 French President Emmanuel Macron said he was “shocked” when Mali’s prime minister described France s plans to reduce its troop commitment in the African country as an “abandonment.”

Speaking to reporters at an African cultural event at the French presidential palace, he called Maiga’s statement ”a shame” coming from a prime minister who is in place after two successive coups and a government that has “zero democratic legitimacy.”

France has more than 5,000 troops in Africa’s Sahel region. The government announced this year that it plans to reduce that number to 2,500-3,000 in the coming months, including by closing some military bases in northern Mali.

The changes are meant to encourage France’s African and European partners to get more involved in fighting Islamist extremists in the region, according to French authorities. The United Nations also has a 15,000-strong peacekeeping mission in Mali.

Maiga said at the U.N. that the new situation is exposing Mali to “an abandonment in mid-flight to a certain extent, and it leads us to explore ways and means to better ensure our security autonomously or with other partners.”

Maiga’s comments came as France and Germany expressed concern about reports on the possible deployment of Russian mercenaries in the West African country.

French authorities warned that a potential deal between the Malian government and Russian mercenaries would not be “compatible” with French military presence in the country.

“We are here because the Malian state (at the time) asked for it…Without France, Mali would be in the hands of terrorists,” Macron said Thursday night.

Macron said he expects from Malian leaders “nothing” except that they “respect their commitments” to hold an election in February and “respect the democratic life and stop putting political opponents in prison.”

In June, Col. Assimi Goita was sworn in as president of a transitional government in Mali after carrying out his second coup in nine months. Mali faces increasing isolation from the international community over the junta’s power grab.

French troops have been present in Mali since 2013, when they intervened to force Islamic extremist rebels from power in towns across the country’s north. The operation was later expanded to include other countries in an effort to help stabilize the broader Sahel region.

The Top 4 Suppliers of Lowe’s

Why internet speed is more important to homebuyers than ever

Why internet speed is more important to homebuyers than ever