Frank Vogel optimistic after Lakers make no trades at deadline 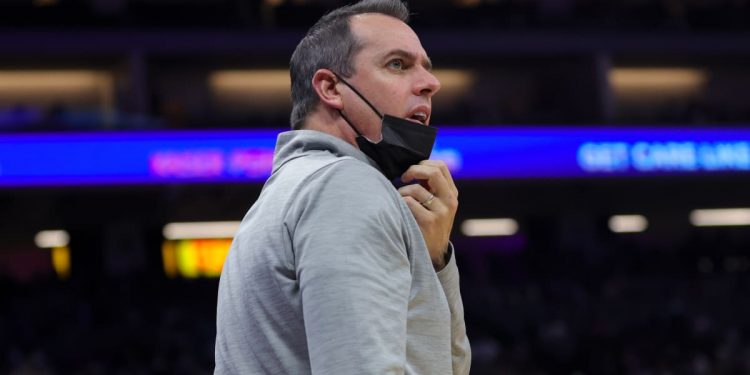 Lakers coach Frank Vogel is optimistic that his team can turn the season around following a trade deadline that saw no deals for the franchise.

“It’s a new day. I think our group had great energy today. Both in a team film session and in practice,” Vogel said on Friday afternoon.

“I think there’s just a natural reset energy to our group, knowing that the trade deadline has passed. This is the group that we put together to start the year. This is a group we believe in. I think that with that deadline passing and having a refreshed mindset today, our group had really good energy about going out and trying to win a game and understanding and believing in what we can do this year.”

This was quite the change of tone from Vogel, who voiced his displeasure in his team’s play following Tuesday’s blowout loss to the Bucks. In the postgame presser, Vogel explained that the team energy “isn’t good right now.”

After being picked on the short list of many to be one of the top teams in the West, the Lakers take the floor on Saturday night against the Warriors with a 26–30 record and the No. 9 seed in the conference.