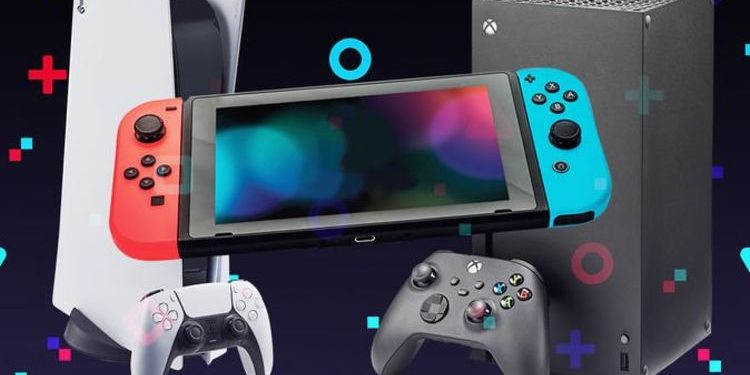 
If you’re bored and looking for something to do this weekend, then maybe you should download one of these free games for PS5, PS4, Xbox Series X/S, Xbox One, Nintendo Switch and PC.

Over on the PlayStation, Store fans can download a brand new card game for PS5 and PS4.

Developed by Konami, Yu-Gi-Oh! Master Duel is described as the definitive version of the classic card game.

“The full Yu-Gi-Oh! experience is available for anyone at any Skill Level,” reads the official description.

“Don’t worry if you’re a new player or if you haven’t Dueled in a while, the in-game tutorials will teach you the basics on how to play the Yu-Gi-Oh! TRADING CARD GAME. You’ll be given a Deck when you finish to help you start your journey!

“Collect new cards as you progress through the game to power up your Decks!”

If you’re an Xbox Series X/S, or Xbox One user, then you can download two free games for the weekend.

It’s all part of Microsoft’s regular Free Play Days scheme, which gives fans the chance to play popular games for a limited time.

This weekend’s free games include Ubisoft’s multiplayer sword game For Honor, as well as Sega strategy release Valkyria Chronicles 4. Both are available from the Xbox Store.

Valkyria Chronicles 4 is a third-person turn-based strategy game, set during a devastating war.

“Enlist in Valkyria Chronicles 4 and put your turn-based strategy skills to the test.

“Strategic mission planning, leadership traits, and battle-tested tactics all play a vital role in your success against the mighty Imperial Alliance and the powerful Valkyria.

If you want to continue playing the Xbox freebies after the trial ends, you can buy both titles at a discounted price.

For Honor is down to just £3.74 for the standard edition, while Valkyria Chronicles 4 costs £9.99.

Sadly, while the Nintendo Switch doesn’t have any new free game offerings as such, there are some new demos for you to try.

COGEN: Sword of Rewind is a 2D action game with a rewind mechanic that kicks in when your character dies.

Finally, if you own a PC and have an Epic Game Store account, you can download and keep DAEMON X MACHINA.

The third-person mech game is free from now until 4pm GMT on February 3. It will be replaced by Yooka-Laylee and the Impossible Lair as the next free download.

U.S. Construction 2022: Confidence Is Building With Non-Residential Leading The Way