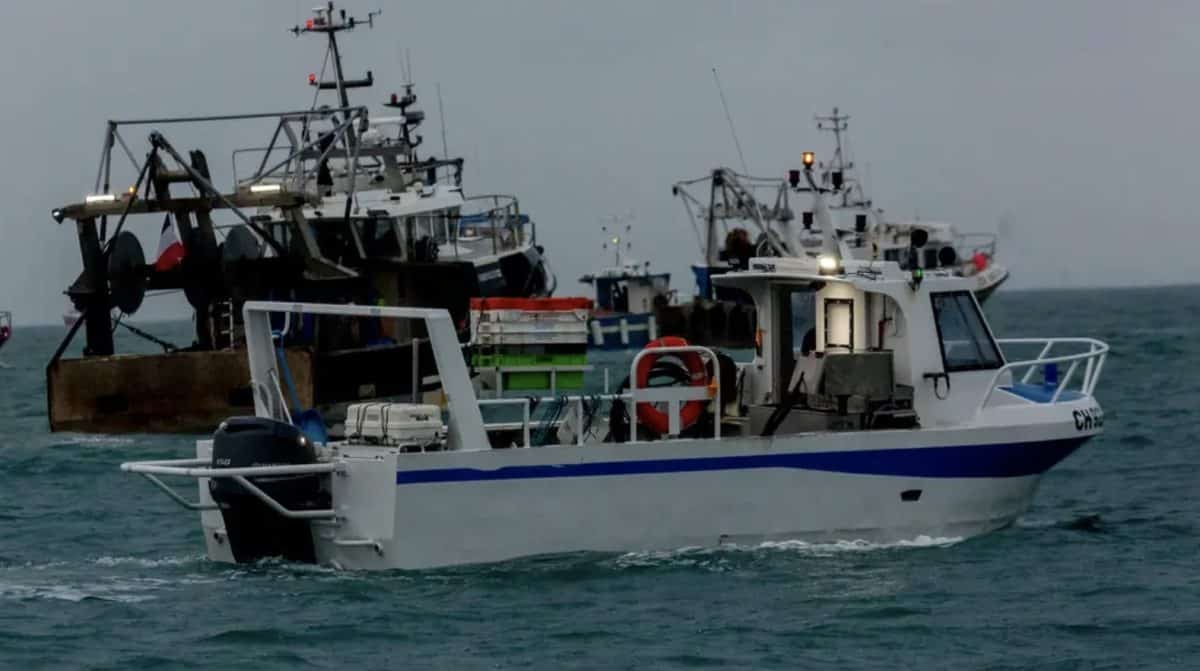 French fishermen have said they will block the Channel Tunnel as a protest towards the UK’s refusal to give them work licences which they say they are owed under the Brexit deal.

The protesters are likely to cause even more disruption to Britain’s already struggling supply chains, as the tunnel is a crucial route for both freight and passengers.

Gerard Romiti, president of the National Maritime Fisheries Committee, said: “This is our demonstration of the quality and ability of professional fishermen to mobilise in response to the UK’s provocative, contemptuous and humiliating attitude towards them.”

Under the Brexit deal agreed upon by Britain, French fishermen who were fishing in UK waters could continue to do so – but the conditions imposed include proof of GPS location data, which some fishermen claim they do not have.

A Downing Street spokesperson said: “We are disappointed by the threat but it would be for the French authorities to ensure that no illegal actions take place and to ensure that trade is not affected.

Asked by The Independent the government is prepared to prevent shortages of key goods like medicines, the spokesperson added: “We have incredibly resilient supply chains. And obviously, this is something that we’ll continue to look closely at, as we always have done.

“We have contingency plans in place but I wouldn’t get into the details of them here.”

The Channel protest would follow another action in April, which saw fishermen blocking trucks carrying fish to French processing centres.

In September, France threatened “retaliatory action” after it accused the UK for “taking French fishing hostage”.

Sea minister Annick Girardin lashed out at the decision to refuse three-quarters of licence applications for small boats in British waters – with only 12 out of 47 French boats under 12 metres granted permission.

She said it was a “new refusal of the British to apply the conditions of the Brexit accord”, adding: “French fishing must not be taken hostage by the British for political ends.”

But UK’s Department for Environment, Food and Rural Affairs told Sky News that the decision was “reasonable” and follows the Brexit agreement.

France’s Europe minister Clement Beaune said the country will “not hesitate to take retaliatory action”, sparking fears of another fishing war in the Channel.

He said at the time: “Be warned. Since the British are refusing to honour what they signed, as with other Anglo-Saxons in another area, the French fishermen of Boulogne-sur-Mer may be obliged, after nine months of useless patience, to envisage ways to retaliate against the UK.