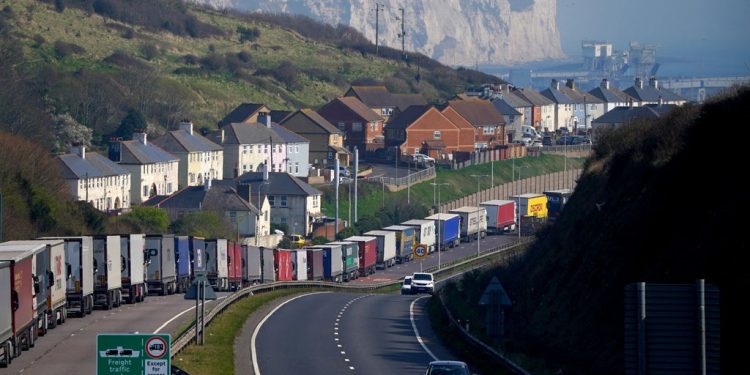 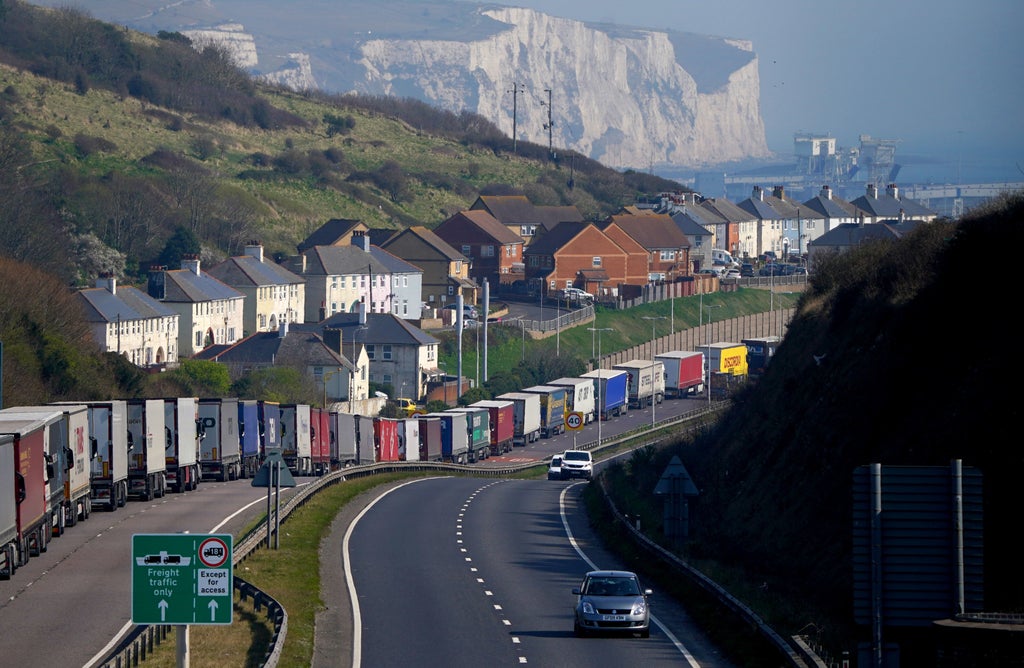 The government is exploring a controversial further delay to post-Brexit checks on imports from the EU because of growing alarm that they will exacerbate the cost of living crisis.

The controls – already shelved three times – are due to finally come into force in July, but will add an estimated £1bn to the costs of trade, which has already plunged since Brexit.

Fears have also been raised that EU suppliers will choose to shun the UK as the mountain of Brexit red tape grows, leading to some foods disappearing from shops and further price hikes.

Now The Independent has learnt that some of Boris Johnson’s aides are “sympathetic” to the idea of further delay, with the prime minister expected to be briefed in the coming days.

Jacob Rees-Mogg, the “Brexit opportunities” minister, has argued for the checks to be abandoned altogether, and – with no consensus in government – Mr Johnson will be asked to decide.

A government source said: “Ministers are looking at this again in the light of cost of living pressures and supply chain pressures. The war in Ukraine has also changed the economic context.”

Any further deferral of full checks will spark accusations that the government is running away from the consequences of the hard Brexit it chose and failing to “take back control” of its borders, which it promised to do.

Larger traders – who have spent huge sums on preparing for the extra paperwork – are also furious that firms that are not ready are effectively being rewarded for failing to act.

Delay also gives EU firms a competitive advantage, critics say, as they can send goods to the UK without the costly bureaucracy confronting UK exporters.

This unlevel playing field has been blamed for the 16 per cent plunge in food and drink exports in the first three quarters of 2021 compared with 2019 – a £2.7bn cut – while sales to non-EU markets rose.

Despite these criticisms, some in government are arguing that the “underlying risk” from not imposing checks is unchanged, despite the UK having left the EU single market and customs union.

Meanwhile, the economic clouds from Brexit are darkening – forcing even the chancellor, Rishi Sunak, to admit that it lies behind the UK’s recent dismal trade performance.

Imports and exports will fall by 15 per cent, the Office for Budget Responsibility concluded, taking a 4 per cent chunk out of productivity.

July is meant to bring the final set of import controls, introducing export health and phytosanitary certificates on consignments of products of animal and plant origin – and the need to pay vets to supply them.

There will also be random physical checks on arrival, to be carried out away from ports at lorry parks in Kent, either under construction or planned.

HM Revenue and Customs has written to many thousands of EU haulage firms to try to ensure they are ready, providing information booklets on the new rules in multiple languages.

The Independent understands Mr Rees-Mogg is leading calls for the checks to be stalled or scrapped altogether, including at a meeting this week of the Global Britain (Operations) Committee.

His spokesperson said: “Jacob is arguing that these are self-imposed costs that are out of proportion with the risks on the ground. At a time of high and rising inflation and supply-chain difficulties, we should not introduce burdensome checks that will impose costs on ourselves, on businesses and consumers.”

Mr Rees-Mogg is urging fellow ministers to await the conclusions of government plans to create “the most effective border in the world”, for which he now has responsibility.

The strategy would use data, technology and trusted relationships to smooth trade flows by 2025, but some improvements are due before then.

However, the government is also risking a legal challenge, under World Trade Organisation rules, if it continues to give preferential treatment to EU imports.

A car with a Covid connection: New Lotus Eletre SUV will be built in WUHAN