In theory, a holiday is supposed to relieve stress.

To help make sure yours does just that, we asked travel experts Nicky Kelvin, Head of The Points Guy UK (TPG UK), and Rhys Jones, from frequent flyer website headforpoints.com, for some handy holiday hacks to help your next getaway run more smoothly – and for less money.

Scroll down for tips and tricks that include how to save money on flights, hotels and airport parking, the benefits of British Airways’ ‘twilight bag-drop’ and more…

What’s the best time or day to book a flight? 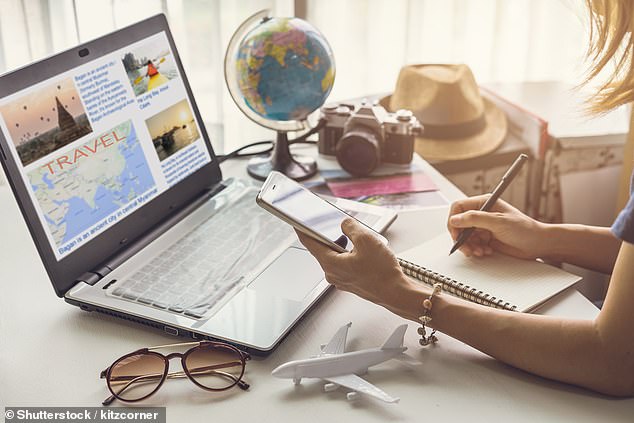 Kelvin said: ‘Generally, low-cost airlines will sell their cheapest seats first, so getting in early will secure you the best deals. Other airlines’ prices can fluctuate greatly throughout the year and it’s always good to set alerts using tools such as Google Flights in order to track price changes.

Is it cheaper to fly to/from a regional airport 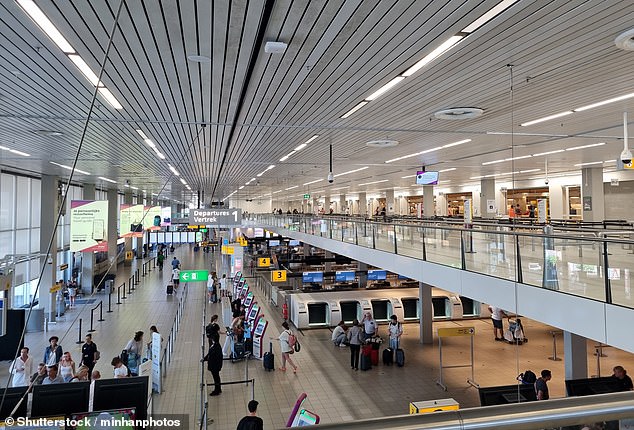 Cheaper business-class fares can be secured from airports such as Amsterdam (above), Oslo or Copenhagen – even taking into account the cost of reaching them

Kelvin said: ‘If you know where you want to travel, you might want to check different departure airports, especially starting your trip in mainland Europe from places such as Amsterdam, Dublin, Paris, Oslo or Copenhagen, where long-haul business-class flights, for example, can be astonishingly cheaper, even taking into account the costs of reaching that airport to start your flight.’

Train vs plane for UK travel

Kelvin said: ‘We’ve tried and tested our fair share of routes for inter-UK travel, and have raced via plane and train simultaneously to various locations, including London to Leeds, and London to Scotland.

‘Generally, flying will most often be faster in terms of the actual main journey itself with an average cross-country flight usually taking around 40 minutes to an hour, compared to travelling by rail, which may be two to four hours or more depending on the route.

‘However, once taking into account the journey times to and from airports, which tend to be less central, and the time it takes to go through the airport process, the train will likely edge it overall time-wise door to door. With both the aviation and railway industries currently facing delays, strikes and cancellations, it may sometimes be difficult for passengers to predict which mode will be faster overall.

‘If looking for the more cost-effective travel option, train would be the better choice, as there would be no need to account for extra fees such as an airport shuttle or cab, but using air miles on domestic flights can save hundreds of pounds in times where cash tickets for trains and planes are sky high.’

Hotel chains that are good/good value? 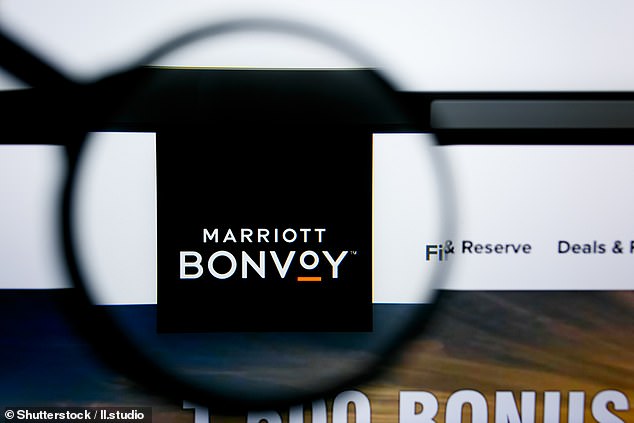 Kelvin said: ‘For the UK points and miles collector, Marriott Bonvoy is a solid choice, with a credit card with plenty of benefits including earning six Marriott Bonvoy points per pound spent at Marriott properties and other benefits. As well as this, the wide array of brands that sit under the Marriott portfolio and global coverage make this a great programme to earn points with. Brands include fun budget brands such as Moxy, and go right up to exciting luxury brands such as St. Regis, Ritz-Carlton and W.’

Any reward schemes that you can quickly sign up to that make a difference?

Kelvin said: ‘The train operator LNER runs a loyalty scheme that provides a simple cashback option of two per cent, which you can spend on future train journeys giving a tangible benefit on bookings.

‘There are a wide array of offers for everyday spending for the bigger loyalty programmes such as British Airways Executive Club and Virgin Atlantic Flying Club. These programmes include lesser-known earning opportunities too, including collecting five Avios for every £1 you spend in Pret until December 22 and earning three Virgin Points per every £1 spent on train ticket purchases.’

Kelvin said: ‘Using points and miles to countries that tend to be cheaper will deliver better deals, especially on hotels. For example, you will find points rates with the major hotel programmes far lower in cities such as Budapest, or Bucharest. To destinations like these, there are also opportunities to earn double-tier points with British Airways Holidays by booking a five-night holiday that includes flights.’ 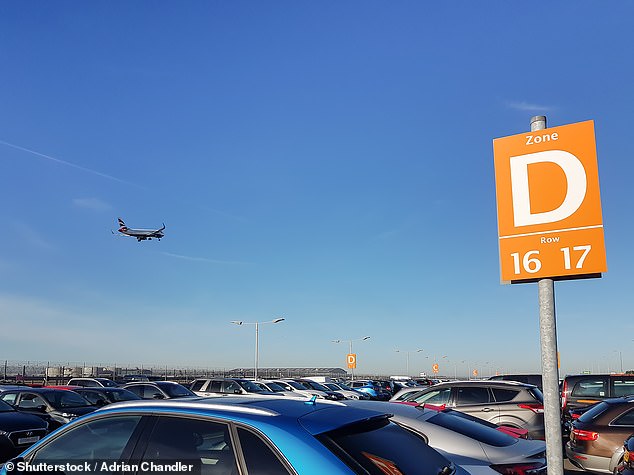 Kelvin said: ‘Travellers can save money by searching for airport parking coupons and discounts on Google or using saver sites such as Groupon.’

Jones added: ‘Check prices against some hotels’ “park and fly” rates such as Hilton, Hilton Garden Inn and Thistle. It’s possible to secure a room either the night before departure or on return for little over the cost of usual airport parking. This is particularly handy for early morning departures and late arrivals home, taking the pressure off getting to the airport and allowing for the enjoyment of a Christmas drink on the way home if you don’t have to drive on arrival!’

Jones said: ‘If using airport hotels at Heathrow – it’s a good idea to familiarise yourself with both the Heathrow Hoppa timetable (the bus service connecting all terminals with local hotels) and prices (around £6pp each way) as well as the local bus options, which can be a lot cheaper. Family tickets are available and you’ll save by booking your ticket using the online app. Hoppa Bus timetables are notoriously complicated to understand, with many people being caught out as not all terminals/hotels are served by the Hoppa, so make sure you book wisely. For more info and to download the app visit www.hotelhoppa.co.uk.’ 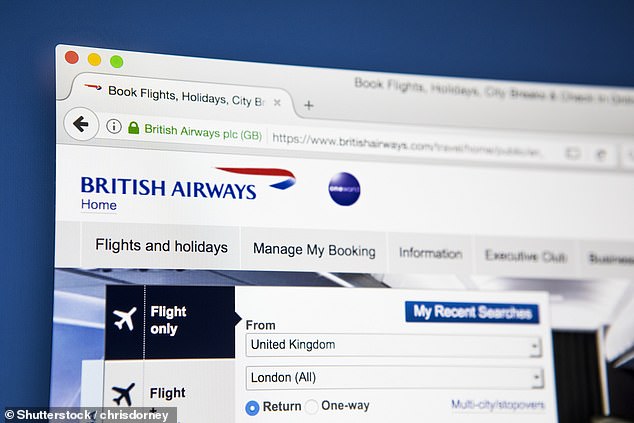 Jones said: ‘If you’ve got an early morning flight and are staying near Heathrow the night before, British Airways offers an overnight bag drop service that lets you drop your bags the day before, giving you precious extra time to sleep and one less thing to worry about on your travel day.’

Jones said: ‘British Airways has announced that due to UK Border Force industrial action, it is allowing customers whose Heathrow/Gatwick inbound flight is still operating, the flexibility to make voluntary changes via the customer-service engagement centres or via their travel agent. Any connecting BA flights can also be changed free of charge subject to availability. Check with your booking agent or on ba.com for more information.

‘If booked with BA on an economy-plus ticket (with a bag) – you have the option to change your flight on the day, to the same destination if seats are available. If you’re on a later flight, it is worth considering moving to an early flight to avoid the chance of a last-minute cancellation.

‘If weather is bad, and changes likely, it’s worth knowing what your re-route options are – an airline is often receptive to a passenger’s request if they offer a preferred solution and will potentially avoid you being automatically rebooked onto something that doesn’t work as well.’

Finally – be careful with those presents during festive travel

Jones said: ‘Travelling with gifts? Pack any precious, valuable or delicate gifts in your carry-on luggage so you can keep an eye on them at all times. Baggage delays, whilst uncommon, do happen – so doing so can avoid any disappointed family or friends at Christmas!’

The stock-market rally survived a confusing week. Here’s what comes next.

The stock-market rally survived a confusing week. Here’s what comes next.