From the Beckhams to Holly Willoughby – inside celebrity worst neighbour rows 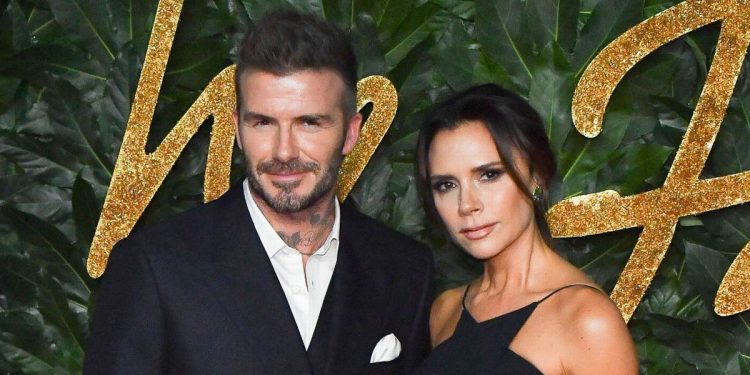 
David Beckham and his wife Victoria, Holly Willoughby, Ed Sheeran and more have all had issues with their neighbours when it came to construction work

From the Beckhams to Holly Willoughby – inside celebrity worst neighbour rows (

Although the idea of living next to celebrities may sound like a fun concept, it comes with a few disadvantages.

From David and Victoria Beckham to Holly Willoughby, neighbours took issue when the stars decided to renovate their luxury homes and cause a huge amount of noise.

The singer purchased a number of properties in the town of Framlingham to create a multi-million mini-village, but reports of more developments had infuriated his neighbours.

Back in 2020, neighbours of the Beckhams – who live in a £31 million London home – had a small dispute with the stars.

Apparently, David and Victoria weren’t too please with the idea of noise from construction work when neighbours started renovating their home.

They were concerned about a new patio area being built, which would have looked into their back garden.

It’s not the only home they have that came with disputes.

That same year, they emerged victorious in their battle with their neighbour over plans to beef up security at their swanky £6m Cotswold mansion.

David had submitted plans to add a gatehouse with two security huts at his home near Chipping Camden, which would be manned 24-hours a day.

In 2021, neighbours of Ed Sheeran noticed a wooden gazebo in his luxury estate.

With every new development, reports come out on infuriated neighbours.

The gazebo was spotted on a playful post the Shape of You singer uploaded to his Instagram account and the star was facing questions from locals around whether he gained legal planning permission for the new build.

It’s not the first time the singing sensation has been in hot water over planning permission on his estate.

In 2019, he was said to have left neighbours fuming at his wildlife pond as they weren’t convinced that’s exactly what it was.

Ed had sought permission to have a “wildlife pond” on his property but incensed the local by building what they believed to be a plush pool instead.

He scrapped his party barn plans
(

Rag ‘n’ Bone Man hasn’t received as many complaints as many other huge stars.

In 2021, he opted to scrap his plans for a ‘party barn’ that would have come complete with a swimming pool at his £1 home in Sussex.

He initially wanted a two-storey pool house that included a hot tub, bar and entertainment space.

The Human singer landed in hot water with the local parish council who slammed the proposed development.

In a non-development related dispute with his neighbours, the star previously claimed police turned up at his home to ‘break up a party’ that never existed.

He was celebrating his birthday with his housemate during the lockdown but a neighbour mistakenly thought a party was going on and shopped him to the police.

Large social gatherings were banned at that time.

It turns out he and his housemate were having a karaoke session.

Neighbours were irritated over her extension plans
(

This Morning star Holly Willoughby has spent many years transforming her £3 million London home into her dream vision.

It turns out that neighbours were upset when she revealed plans to extend her house last year.

Holly and her husband Dan Baldwin wanted to add a first-floor side and a front extension to the already large home.

After an initial rejection by the local council, they were later given permission.

One neighbour was annoyed and said: “Having the noise all week all day for so many months is not the standard of living in such an expensive area to live…

“I do not pay taxes to get this level of disruption, it is not quality of life.”

Wayne and Coleen only recently moved into their new home

Neighbours of the former Manchester United footballer and his wife were upset when they discovered the couple’s home was bigger than they expected.

They were apparently also concerned about how the neighbourhood would be affected once the Rooneys moved in.

One neighbour said at the time: “The development is very nearly complete but it’s a sore thumb on the landscape.

“It’s been a surprise to the local village that Rooney was moving here in the first place and many didn’t know what to think, especially as the land deal was kept quiet.”

The Rooneys finally managed to move into their new lavish home in time for Christmas last year.

China denies asking Russia not to invade until post-Olympics

How Does TV Action Hero Jack Reacher Heal So Fast?

How Does TV Action Hero Jack Reacher Heal So Fast?