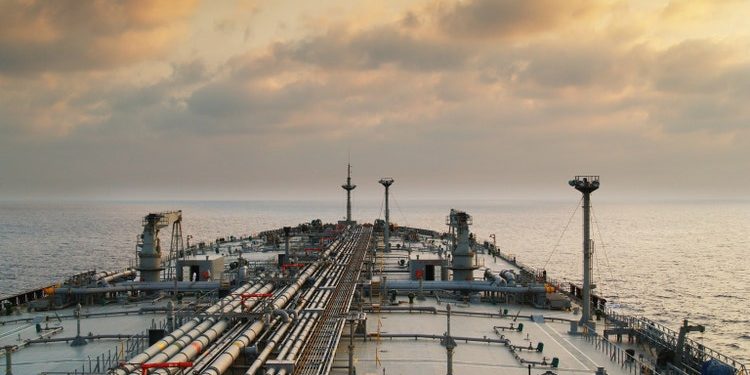 2021 was a very good year for dry bulk shipowners, such as Safe Bulkers Inc.(SB) which was up 71% last 12 months, and liner companies such as Zim Integrated Shipping Services (ZIM) that went up a whopping 373% over the last 12 months.

This has led to increased sentiment amongst many investors now taking an interest in stocks of shipping companies these days, especially for ships carrying containers and dry bulk commodities.

But things have not been so good for those that transport crude oil.

My only present exposure to this sector now is through SFL Corporation (SFL). A company that started with 100% of their fleet being Very Large Crude Oil Carriers, which they bought from Frontline Ltd. (FRO). That exposure has now shrunk to just 11%, but I still like to check how FRO is doing.

This article will examine FRO and decide whether it deserves a buy, hold, or sell recommendation.

How to make a small fortune

During my days as a shipbroker in Greenwich, Connecticut, I met one of our clients who was a very rich man which had started a ship operating company there. He told me, as a joke, that it was easy to make a small fortune in shipping provided you started with a large one.

These wise words apparently came from the legendary race car driver Robert Johnson Jr., referring to motorsport as opposed to shipping, but he was right. As it turns out, my previous client is no longer in that business.

Over the last six months, ship owners of all crude oil tankers running their fleet in the spot market have had to pay the cargo owner to move their cargoes.

If you agree to a freight rate that does not cover all your costs of fuel and port expenses, you end up with a negative time charter rate. As can be seen from the last six months, there were a few times when the time charter rate was negative.

You might say that this is just the last six months, and I do agree.

Let us look at a longer duration.

First, let us define what are operating expenses and what is break even. The operating expenses only cover maintenance and repair, including regular drydocking with special surveys, insurance of the vessel, spare parts and consumables such as lube oil, and the cost of the crew.

It does not amortize or service the debt. That part is not small as the cost of a new large crude oil tanker is now USD 110 million. Its normal life is between 20 and 25 years.

When you add the cost of amortization and the cost of servicing the debt, you get the break-even. At that point, you are just covering what you need to basically to just pay your bills. Therefore, breaking even leaves you with no money left over to give shareholders a return on their equity.

Frontline states that its operating expenses and its breakeven rates are as follows:

On a more positive note, the average general market earnings over the last 21 years for their kind of vessels has been pretty good with earnings of USD 42,700 for VLCCs and USD 33,900 for the Suezmax vessels, and USD 26,200 for the LR2/Aframax vessels.

For the first 9 months of 2021 FRO recorded average earnings of:

As I have shown you, the spot market over the last few months has not been kind to shipowners as it has not been sufficient to break even. That is why FRO lost USD 33.2 million in Q3 on the back of a loss of USD 26.6 million in Q2 of 2021.

We need to look into their balance sheet to get an idea of how well they are prepared for a potential “lower for longer” charter rate environment.

The cash position has shrunk from USD 218.5 million to USD 122 million.

The cost of finance has come down from USD 22.6 million per quarter in Q1 of 2020 to USD 15.2 million last quarter. But since that is the cost for just one quarter, it is easy to envision that their cash position is precariously small in view of having to pay USD 60 million a year in finance costs.

Post Q3 results, FRO extended the terms of its senior unsecured revolving credit facility of up to USD 275 million with an affiliate of Hemen Holding, which is controlled by Fredriksen, by 12 months to May 2023, and USD 209.7 million of the extended facility has been reclassified as long term debt as of September 30, 2021

I do believe Hemen and the Fredriksen family will continue to support FRO if this would be necessary. The reason is that as long as John Fredriksen is around, this is his “baby”, and basically what he enjoys the most. It is quite different from Seadrill, in my personal opinion.

How the market develops rests on the total supply of vessels in the equation to the demand for transportation of crude oil.

Here I will look at the supply side.

We can see that as of the end of Q3, as many as 47 new buildings of VLCC were added to the fleets, whilst only 14 were scrapped.

In addition, as many as 44 vessels are more than 20 years old.

These ships are now engaged mostly in Iran to China trade. As Iran is under a trade embargo these ships only have that option. It cannot do other trades, due to its age.

If, and when, such a US trade embargo with Iran is lifted, other younger vessels will have the option of trading that route which will most likely force these older ships to be either scrapped or used as storage vessels.

I believe it is very optimistic to expect a swift lifting of that sanction.

The share price of FRO has held up pretty well in comparison to their peers Euronav (EURN) and DHT Holdings (DHT).

I have stopped counting how many times I hear CEOs or CFOs of shipping companies state in their presentations that the good days are just around the corner. Generally speaking, you will come across very few of them that are not permanently optimistic.

However, there was one comment by Svein Moxnes Harfjeld, CEO of DHT Holdings which was more somber in his outlook as he had this to say about the future market during the Q&A session of their third-quarter presentation to analysts on 3 November 2021:

“We are not yet back at oil consumption levels that we were pre-COVID. And if you look at what the sort of leading agencies are forecasting, we have to wait until the end of next year to sort of hit those levels”

Ultimately, there are many factors that can swing the market for the transportation of crude oil. The price of crude is important, as it will affect how much of the strategic reserves will be released or replenished. It does look like we are going to have elevated prices for crude throughout at least the first half of the year. I believe this will not work favorably in terms of added demand for transportation.

On the other hand, we could see a gradual increase in mobility with more tourism coming back. Yesterday, Thailand which had 40 million tourists arrivals in 2019 and just 450,000 last year, has just lifted restrictions and welcomed tourists. Their estimate is for roughly 4.5 million tourists this year. Most of these people make 6 to 12 hour flights to get there. I calculated that just one flight roundtrip on an Airbus A320 which takes 200 people burns the equivalent of 340 barrels of crude oil. You need 2,250 such flights. That is just Thailand. We can only hope for more similar events to take place. It can move the needle in the right direction in terms of demand.

But for the time being, I would not buy FRO at this level as I think the risk/reward is not enticing enough for me.

It, therefore, is a hold.