Frustration spills over in Shanghai as lockdown drags on. Heres what you need to know – CNN 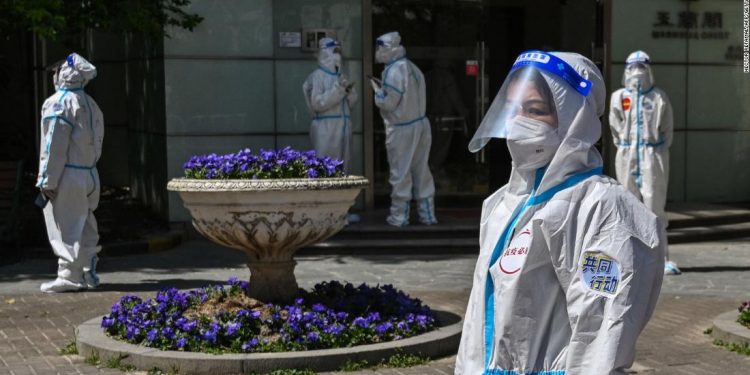 Since March, China has battled its biggest Covid wave yet, with Shanghai now the largest hotspot. All 25 million residents are under lockdown, with national health care workers and the Chinese military dispatched to boost the city’s response.

On Wednesday, the country recorded close to 20,000 new cases — far past the peak of Wuhan in 2020, at the onset of the pandemic.

Though this number is still far lower than in many other countries, it’s a dramatic spike for China, which has adhered to a strict zero-Covid strategy that aims to stamp out all outbreaks and chains of transmission using border controls, mass testing, quarantines and stringent lockdowns.

The sustainability of that policy is now under question, as newer, highly infectious Covid variants continue to spread throughout the population.

Here’s what you need to know about the latest outbreak.

What parts of China are being hit? 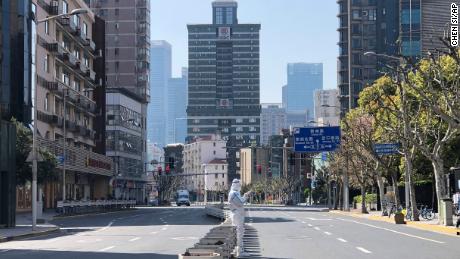 In early March, cases began rising in several provinces around the country including Shandong in the east, Guangdong in the south, and Jilin in the northeast.

By the end of the month, the virus had spread to 29 of China’s 31 provinces, according to the National Health Commission (NHC). 90% of all cases identified in March came from Jilin and Shanghai, the two largest hotspots.

Several cities, collectively home to more than 37 million residents, were placed under varying levels of lockdown in March. Many of those lockdowns eased by early April — leaving Shanghai the outlier, as authorities struggle to get its cases under control.

So far, only two Covid deaths have been officially reported during this wave, both coming from Jilin in March.

Shanghai’s measures have been expanded and prolonged as the situation deteriorated.

After denying for days that it had any plans for a citywide lockdown, the government announced on March 27 it would launch a staggered lockdown, first targeting one half of the city, then the other half.

By March 31, the government had abandoned its staggered approach, effectively imposing a citywide lockdown for all 25 million residents who were forbidden from leaving their neighborhoods except to get tested.

The mandatory citywide testing detected a surge in cases, officials said — prompting them to extend the lockdown until further notice.

To enforce these measures and meet the demands of the entire locked-down population, more than 30,000 medics and 2,000 military workers have been dispatched to the city, according to state media and the People’s Liberation Army.

But the restrictions have also seen a rare surge of public frustration and criticism toward the government, with residents describing challenges accessing basic supplies like food or medicine. 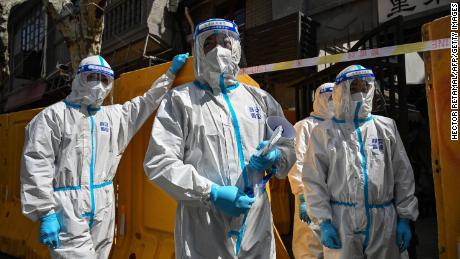 Anger swelled last month after an off-duty nurse in Shanghai died, after being turned away from an emergency ward at her own hospital that was closed for disinfection. Another Shanghai resident died after suffering a medical emergency in his home before being able to reach the hospital.

“We are not killed by Covid, but by the Covid control measures,” noted one popular comment on the highly censored Chinese social media platform Weibo.

Recent images on social media showed cleaning workers sleeping in a garage in a neighborhood in Shanghai. A cleaning worker from the neighborhood told CNN the workers had been asked to live in the garage for almost a week after testing positive for Covid; after the surge of public attention and an online petition, all of the more than 40 workers were sent to quarantine hotels on Wednesday night.

There was also outrage over Shanghai’s policy requiring all Covid-positive patients to be isolated in facilities — even young children and babies. One mother told CNN she had been separated from her infected 2-year-old daughter on March 29, and was not allowed to enter the isolation ward to stay with her daughter until a week later.

On Wednesday, Shanghai health authorities said they would amend the policy, allowing parents who test negative to apply for permission to accompany Covid-positive children with “special needs.” They did not specify what conditions would qualify as “special needs.” Parents who test positive can also accompany their Covid-positive children in quarantine facilities.

And the outbreak in Shanghai is affecting other places in China, too. On Tuesday, two travelers from Shanghai went to the nearby city of Hangzhou, where they visited a shopping mall. After they later tested positive, the mall was immediately sealed off, with more than 2,000 people stranded inside overnight. Those two travelers have been detained for an official investigation.

What variant is spreading?

Omicron has been driving this surge, with identified cases showing both BA.1 — the original Omicron — and other descendant lineages, including BA.1.1 and BA.2.

BA.2, which was first detected in January, is now the main cause of Covid-19 globally and the dominant strain in the United States, according to the World Health Organization and US health authorities. 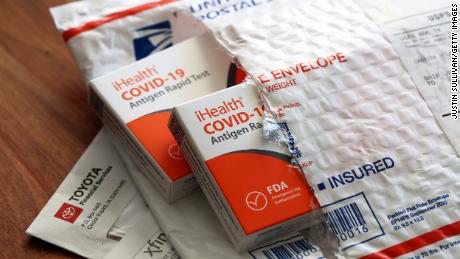 Since its rise, international case counts — which had been declining since the first week of January — have been rising again.

Studies also suggest BA.2 is far more contagious — though researchers are still studying the severity of this variant. Some epidemiologists have said its basic reproduction number may be as high as 12, meaning each sick person infects an average of 12 others.

That would put it on par with measles, which also spreads through the air. The basic reproduction number for BA.1 is estimated to be about 8.

Will China stick to zero-Covid?

As the outbreak has stretched on, experts and international observers have speculated over whether this wave, the more transmissible variant, and China’s mass vaccination campaign could bring about the end of zero-Covid.

As of March 31, more than 88% of the country’s 1.4 billion population had been fully vaccinated, according to the NHC.

Before the outbreak, scientists and leaders had hinted they were re-examining the strategy, with one prominent epidemiologist writing on Weibo in early March that zero-Covid would “not remain unchanged forever.”

But that now looks like a distant future, with Chinese authorities making clear they consider the alternative — the virus running rampant nationwide, potentially overwhelming the health system — the worse option.

Wu Zunyou, chief epidemiologist at the Chinese Center for Disease Control and Prevention, said on Friday that China would “continue to focus on dynamic zero-Covid policy,” according to state-run tabloid Global Times. The loosening of restrictions and opening of borders seen in other countries could “cause many problems such as (a squeeze on) medical resources and rising fatalities,” he added.

Correction: An earlier version of this story misstated China’s vaccination figures. As of March 31, more than 88% of the population had been fully vaccinated, according to the NHC.