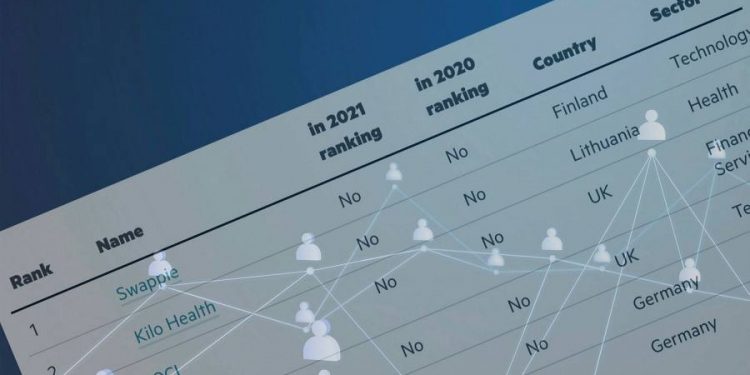 
This latest FT-Statista ranking of fast-growing European companies illustrates the changing fortunes of some sectors since the Covid pandemic took hold, in 2020.

The companies that made the final cut were sufficiently resilient — and, in some cases, lucky — to survive a collapse in demand caused by coronavirus restrictions, trade frictions due to Brexit, and a long-running global supply chain squeeze.

This show of strength, and a growing optimism in some quarters about the global economy, mean many business leaders are confident of better performance in the forthcoming year — despite the new risks posed by labour shortages, rising inflation, Russia’s invasion of Ukraine and soaring energy prices.

Deloitte research in January showed that many UK business leaders were planning to increase investment this year, in expectation of strong UK and global demand for their companies’ goods and services. And London’s tech start-ups attracted a record $25.5bn in venture capital investment last year, more than double the level in 2020.

An in-depth FT special report about this sixth annual FT 1000 list, to be published on March 21, will analyse the extent to which current economic threats might change companies’ fortunes yet again, and assess which sectors may be in line for an “Omicron bounce” as the risks posed by the variant recede.

The ranking, compiled with Statista, a research company, lists the European companies that achieved the highest compound annual growth rate in revenue between 2017 and 2020. The minimum CAGR required to make the list was 36.5 per cent — a notch above the 35.5 per cent needed for last year’s ranking.

In a nod to the circular economy, Swappie, a Finland-based marketplace for refurbished smartphones, has knocked Bulb Energy off the top spot this year, with a CAGR of 477 per cent. Bulb, Britain’s seventh-biggest energy supplier, went into “special administration” in November when its risky hedging strategy for managing energy market volatility led to its collapse — and forced the UK government to prop it up with a taxpayer-funded loan.

Kilo Health, a Lithuanian digital healthcare company, comes in second this year with a 2017-20 revenue CAGR of 450 per cent. Kilo is followed by OCI Group, a UK-based supply chain procurement business — which ratcheted up a CAGR of 409.6 per cent over the same period — and OnlyFans, the UK-based digital platform best known for selling user-created pornography to subscribers.

As with last year, the top 10 is made up of new entrants to the ranking. But, on the list overall, there are 306 companies that also appeared in the previous edition. A total 117 companies have won a place on the ranking in three consecutive years.

The sectoral mix this year is broadly in line with the 2021 ranking: technology leads with a fifth of companies on the list, followed by construction and retail. However, retail has boosted its share of the ranking to 8.6 per cent from just under 6 per cent last year.

Italy is the country with the most entries on the list, with 235. Second is Germany with 194, followed by the UK with 155. As with last year, London is the city with the greatest number of fast-growing companies (81), followed by Paris (34) and Milan (33).

Scroll to the bottom of the interactive table for the full methodology.

The FT 1000: Europe’s Fastest Growing Companies is a list of the top 1,000 companies in Europe that have achieved the highest percentage growth in revenues between 2017 and 2020.

The ranking of the FT 1000 was created through a complex procedure. Although the search was very extensive, the ranking does not claim to be complete, as some companies did not want to make their figures public or did not participate for other reasons.

The project was advertised online and in print, allowing all eligible companies to register via the websites created by Statista and the Financial Times. In addition, through research using company databases and other public sources, Statista identified tens of thousands of companies in Europe as potential candidates for the FT 1000 ranking. These companies were invited to participate in the competition by post, email and telephone. The application phase ran from October 1 2021 to December 31 2021.

The submitted revenue figures had to be certified by the chief executive, the chief financial officer, or a member of the executive committee of the company. Companies with three or fewer employees, or companies that are not a legal entity, were subject to additional checks to verify their revenue numbers.

To be included in the list of Europe’s fastest growing companies, a company had to meet the following criteria:

• Revenue of at least €100,000 generated in 2017 (or currency value equivalent according to the average of the actual fiscal year).

• Revenue of at least €1.5m generated in 2020 (or currency value equivalent according to the average of the actual fiscal year).

• A independent company (the company is not a subsidiary or branch office of any kind).

• If listed on a stock exchange, a share price that had not fallen by 50 per cent or more since 2019.

All data reported by the companies was processed and checked by Statista. Missing data entries (employee numbers, address data, etc) were researched in detail. Companies that did not fulfil the criteria for inclusion in the ranking were deleted. The minimum average growth rate required to be included in the ranking this year was 36.5 per cent.