A FUGITIVE cartel lord who was wanted in 200 countries has been arrested after his model girlfriend posted their photo on social media.

Brian Donaciano Olguin Berdugo – better known as Pitt, 39, was arrested at an apartment complex in the city of Cali in the Colombian department of Valle del Cauca.

His arrest came after his model girlfriend, with whom he spent several nights together at a luxury apartment, shared his picture on her Facebook account.

The Mexican national is said to have arrived in Colombia to broker cocaine deals with the Revolutionary Armed Forces of Colombia-People’s Army (FARC) on behalf of the powerful Sinaloa Cartel.

According to local media trafficker, Bedrugo abandoned all security protocols while he was with the model whose name has not been revealed.

She even convinced him to visit the busy tourist spot Cerro de los Cristales where he was photographed in her company. 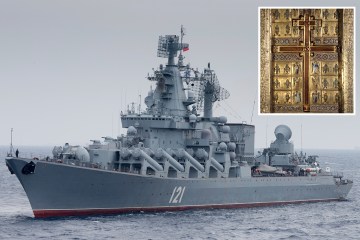 His fate was sealed when agents of the US Drug Enforcement Administration (DEA) informed the Colombian Anti-Narcotics Police of the suspect’s location.

In addition, security cameras at the Jose Maria Cordova International Airport captured him with another attractive woman, according to reports.

Colombian intelligence officers then began to follow Berdugo and, after nearly two weeks of surveillance, arrested him.

Police spokesperson General Jorge Vargas Valencia said: “We believe this result was the most important in terms of capturing Mexican cartel delegates who come to commit drug trafficking crimes with FARC in Cauca.”

The Mexican drug lord is being held in custody with an extradition order to the US.

Lawyers are working to prevent his extradition while the police reportedly claimed they were offered USD 265,000 as a bribe for his release.

Do you have a story for The Sun news desk?