Fungi speak in a similar language to humans, and this isn’t a mushroom joke 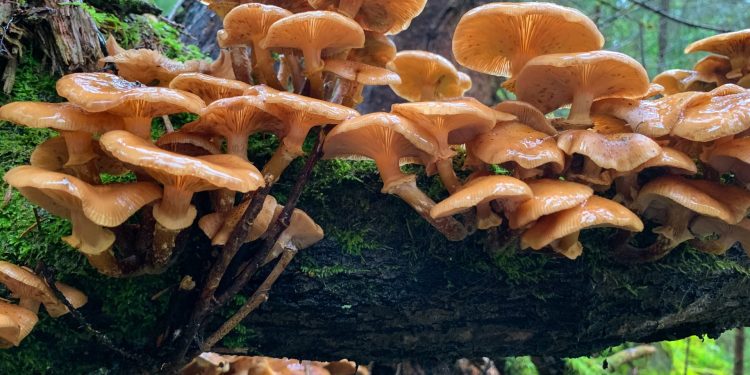 
Fungi have been recorded having conversations and recent reports suggest that they can communicate with a language, similar to humans’. There’s not mush room for a joke here, but it appears mushrooms really do put the fun in fungi.

Fungi belong to neither the plant nor animal kingdom, instead, they are in a lane of their own. Over the last decade, researchers have found that plants are able to communicate, with a 2019 discovery suggesting that fungi “scream” when cut.

Although still in its infant stage, the exploration into understanding whether and how fungi communicate has sparked conversation among other topics. With many pleading for more research to be done into how cats and dogs communicate.

Fungi speak in a similar language to humans

A study of the electrical activity of four fungi species (enoki, split gill, ghost and caterpillar fungi) has suggested that their electrical impulses are similar in structure to how humans speak.

The research was published in the Royal Society Open Science by professor Adam Adamatzky. Who found that fungi could communicate in up to 50 words through their fungal roots.

Professor Adamatzky reported that the average length of a fungi word was 5.97 letters whereas English has 4.8 letters per word. This could suggest that fungi each have a mind of their own as Adamatzky revealed,

“There are many similarities in information processing in living substrates of different classes, families and species. I was just curious to compare.”

There are a number of reasons fungi could be communicating, one of which includes sharing information about food or injury with far away parts of themselves. This is suggested in research as it was discovered impulses increased when wood-digesting fungi were in contact with wood.

However, professor Adamatzky balances his report in accounting that,

‘There is also another option – they are saying nothing.”

Other scientists agree that more evidence needs to be found before the pulsing behaviour can be considered a newfound language. So it doesn’t look like we’ll be needing a fungi translator any time soon.

One Twitter user jested that they have also experienced fungi communicating with them before, through magic mushrooms. Others feel guilty about consuming a happy chattering community and the rest are completely stunned by the findings.

Let’s have a look at what people are saying on Twitter as fungi fans react to research suggesting the species can communicate.

In other news, Who was Bob Mason? Tributes flood in as legendary PYX 106 host dies

Steel Dynamics – When Everything Seems To Go Right (NASDAQ:STLD)