Tyson Fury and Deontay Wilder are fighting for the third and final time tonight as their heavyweight trilogy comes to a close in Las Vegas. The pair first fought in Los Angeles in 2018 where they shared a draw, before Fury won via seventh-round technical knockout in a dominant display when they met again in Vegas last year. Now they come together to finish the story. Fury’s WBC heavyweight world title is on the line, as well as his unbeaten record, with 30 wins and only that solitary draw against Wilder denying him a perfect record.

The build-up has been dominated by a bitter war of words between the pair. Wilder has accused Fury of lying about catching Covid-19, which delayed this bout originally scheduled for July. The American has also reiterated his claims that Fury weighed down his gloves with metal in their previous meeting, something Fury has laughed off.

The heavyweight division has been shaken up following Oleksandr Usyk’s unanimous victory over Anthony Joshua, meaning the long-anticipated fight between Fury and Joshua may never happen. Instead another Briton, Dillian Whyte, could be next for whoever wins this one – but if Fury is to get there he must first avoid the heavy bombs coming from the fists of Wilder tonight. Follow the fight below, live.

Ajagba misses with a wild right and Sanchez clips him with an uppercut. Sanchez misses two big swinging right hooks and weaves away from a potential counter-attacking onslaught.

The crowd are getting a little impatient with this one. There’s not a great deal of action to speak off.

This isn’t the most thrilling fight of the night. Sanchez is being patient waiting for the opening when Ajagba throws his left jab. For Ajagba’s part he’s reluctant to let fly because of Sanchez’s counter right hook.

This has been a very technical fight. Ajagba taking slightly too long to set up his punches and allowing Sanchez to counter from the outside. He lands a solid left hook on Ajagba’s chin followed up with a couple of body blows.

Tyson Fury has had his hands wrapped and therefore inspected by Team Wilder.

So predictably the champion had some fun with the opposition.

Ajagba starts the third round with a couple of solid wide right hooks. Sanchez responds with a quick combo before Ajagba connects with a very good straight left hand.

This is a better round for Ajagba but Sanchez finishes the round with a good jab to the face. Three close rounds so far.

It was the 22-year-old’s US debut on the undercard of Paul’s blockbuster fight with former UFC champion Tyron Woodley.

Ajagba tries to impose himself on the fight looking for an opening for a straight right behind his jab. Sanchez responds with a quick double-jab followed by and a swinging right that lands on Ajagba’s head.

A short, right hook finds the target for Ajagba towards the end of the round.

This 10 round bout starts with both fighters undefeated. It starts slowly both men throwing the jab, keeping their distance.

Ajagba steps inside and is met with a rapid one-two, then an uppercut from Sanchez but the Cuban only glances his opponent.

Sanchez lands a right hand over the top and probably edges the round.

Last up on the undercard is an exciting bout between Frank ‘The Cuban Flash’ Sanchez and fellow undefeated heavyweight Efe Ajagba of Nigeria with Sanchez’s WBC Continental Americas and WBO-NABO titles on the line.

Fury vs Wilder 3: Lennox Lewis on the fence

Former undisputed heavyweight champion Lennox Lewis believes Tyson Fury is the better boxer and is backing him to win if the fight goes the distance but if it comes down to a knockout, he is going for Wilder.

“I believe that Tyson Fury has a lot more tools and weapons that he can use in his arsenal,” he told BBC Sport.

“I think if Deontay went back and learned a couple of tricks he can put to use, he’ll have a good time in there as well. So all around, it is going to be a good fight.” 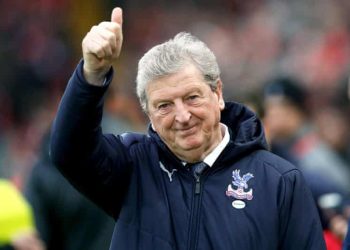 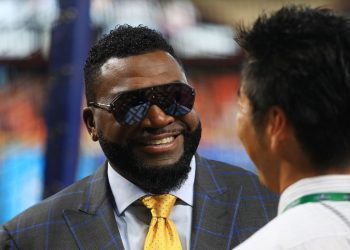 Congratulations to David Ortiz on... 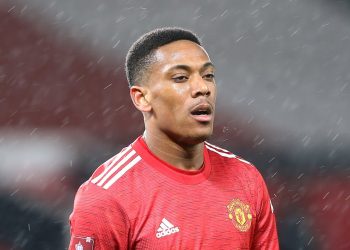 Moment woman, 30, breaks down during arrest for stabbing abusive boyfriend, 31, to death 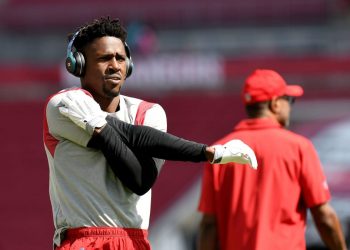 Antonio Brown posts photo of himself in Ravens jersey

Could Antonio Brown be headed...