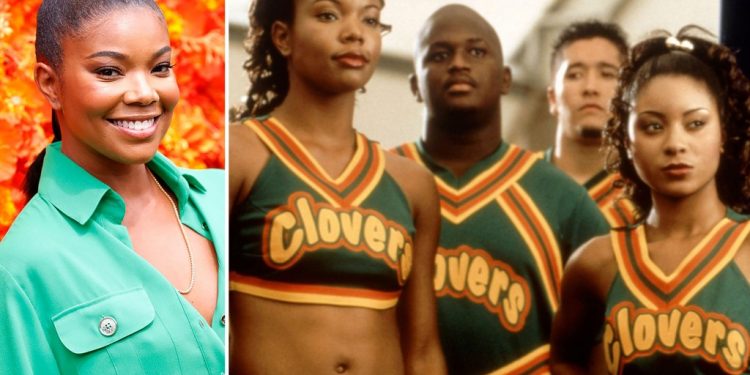 
Cheers to Gabrielle Union for spilling this pipping hot “Bring It On” tea.

Union — who starred as “Isis,” the supreme pom-pom princess of the Clovers cheerleading squad, in the cult-classic — has fans of the flick flipping out over claims she and her black cast mates were deceptively highlighted in the 2000 film’s trailer.

“Story time!,” exclaimed the 49-year-old actress at the top of a now-viral TikTok video, which features footage from the official “Bring It On” teaser.

“So, we shot these snippets that you see here after the movie wrapped, because once test-audiences saw the movie they wanted more of the Clovers,” she explained as clips of herself and her co-stars of color played in the background.

“We shot these [scenes] only for the trailer, not for the movie, to make people think we were in the movie more than we were. The end,” said Union in her eye-popping post, which has commanded over 1.9 million views.

And mind-blown movie buffs were shocked to learn that they’d been bamboozled by the film’s false advertisement.

“We were black-fished,” a stunned commentator wrote, likening the movie’s misleading trailer tactics to those of an online dating Catfish. “That’s so evil. Why couldn’t they have just given y’all more scenes,” said another.

Other infuriated fans took to Twitter, venting their frustrations over the flick’s fraudulent ads saying: “We really got robbed [with] ‘Bring It On,’” and “[We] need a ‘Bring It On’ tell-all docuseries immediately.

Thus far, no other members of the star-studded “Bring It On” cast have openly commented on Union’s jaw-dropping revelation.