Gaetz has a reputation for bragging about sex 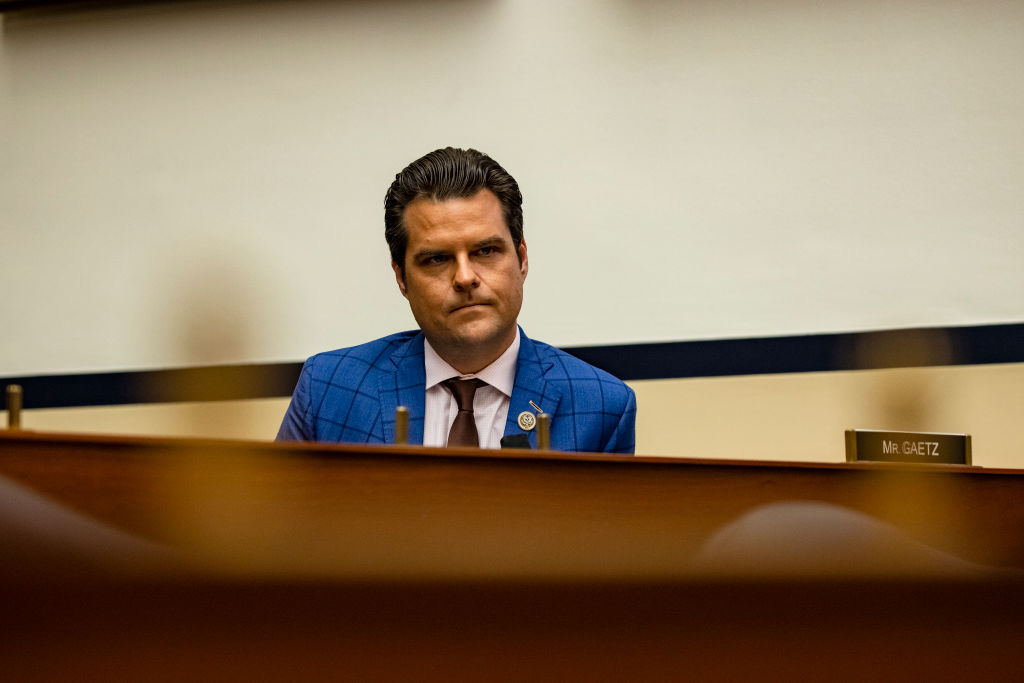 Rep. Matt Gaetz, the Florida Republican being investigated by the Justice Department over sex trafficking allegations, made a name for himself when he arrived on Capitol Hill as a conservative firebrand on TV and staunch defender of then-President Donald Trump. Behind the scenes, Gaetz gained a reputation in Congress over his relationships with women and bragging about his sexual escapades to his colleagues, multiple sources told CNN.

Gaetz allegedly showed off to other lawmakers photos and videos of nude women he said he had slept with, the sources told CNN, including while on the House floor. The sources, including two people directly shown the material, said Gaetz displayed the images of women on his phone and talked about having sex with them. One of the videos showed a naked woman with a hula hoop, according to one source.

“It was a point of pride,” one of the sources said of Gaetz.

There’s no indication these pictures are connected to the DOJ investigation.

Gaetz, 38, who was elected to Congress in 2016, has been at the center of a number of controversies in his four-plus years in Congress. But he’s now embroiled in easily his biggest scandal yet, after the Justice Department began investigating him in the final months of the Trump administration under then-Attorney General William Barr as part of a larger investigation into another Florida politician. Federal investigators are examining whether Gaetz engaged in a relationship with a woman that began when she was 17 years old and whether his involvement with other young women broke federal sex trafficking and prostitution laws, two people briefed on the matter said.

Gaetz has denied the allegations, saying “no part of the allegations against me are true,” and he claimed Tuesday that he was the victim of an extortion plot, which the FBI is separately investigating.

“Over the past several weeks my family and I have been victims of an organized criminal extortion involving a former DOJ official seeking $25 million while threatening to smear my name. We have been cooperating with federal authorities in this matter and my father has even been wearing a wire at the FBI’s direction to catch these criminals,” Gaetz said in a statement.

Gaetz and a spokesperson for Gaetz did not respond to requests for comment on the images and videos he allegedly showed to lawmakers.

After the DOJ investigation into Gaetz surfaced this week, there were a handful of Republicans in Congress who defended him, speaking out on his behalf, including both Rep. Jim Jordan, the top Republican on the House Judiciary Committee, and Rep. Marjorie Taylor Greene of Georgia. But many House Republicans stayed quiet.

House GOP Leader Kevin McCarthy said Wednesday there were “serious implications” involving the DOJ allegations, adding that he would remove Gaetz from the Judiciary Committee if they were proven true.

“I haven’t heard anything from the DOJ or others, but I will deal with it if anything comes to be true” McCarthy said in response to a question from CNN at a town hall event in Iowa.

Gaetz made a name for himself on conservative television soon upon his arrival to Congress in 2017, where he’s often been a thorn in the side of House Republican leadership while aligning himself closely with the Freedom Caucus and Trump during his presidency. Gaetz has been a constant presence on both Newsmax and Fox News — much more than any typical rank-and-file House member — and he turned to Fox soon after the allegations surfaced Tuesday.

At one point during Gaetz’s first term, staff for then-House Speaker Paul Ryan held a short meeting with Gaetz in the Capitol, where they had a discussion with Gaetz about acting professionally while in Congress, according to two sources with knowledge of the meeting. One source said the conversation wasn’t tied to a specific incident. Ryan didn’t directly have a conversation with Gaetz.

Hours before the news broke Tuesday of the investigation involving Gaetz, Axios reported he was considering leaving Congress for a job at the conservative television station Newsmax.

On Capitol Hill, Gaetz has a number of headline-grabbing incidents to his credit, both at the Capitol and on Twitter.

Gaetz was one of the most vocal backers of Trump’s lie after the 2020 election that the election was stolen from him. After 10 Republicans voted to impeach Trump in January, Gaetz personally took up the task of trying to oust the House’s GOP conference chair Liz Cheney, the highest-ranking Republican to support impeachment, traveling to Wyoming to hold a rally against Cheney in her home state.

In March 2020, when the scale of the Covid-19 pandemic was not yet clear, Gaetz wore a gas mask on the floor of the House during the first vote on an emergency funding bill for the coronavirus response.

Gaetz was admonished last year by the House Ethics Committee for a tweet threatening Trump’s former personal lawyer Michael Cohen ahead of his 2019 testimony before the House Oversight Committee. The committee found the tweet “did not violate witness tampering and obstruction of Congress laws” but did not “reflect creditably” upon the House. The Florida bar also investigated the case and cleared Gaetz. He apologized for the tweet.

Later that year, Gaetz led a band of House Republicans who barged into a closed-door House impeachment inquiry interview, occupying the House Intelligence Committee spaces for several hours in a publicity stunt to protest the investigation that would lead to Trump’s first impeachment.

Gaetz has also found himself in hot water over his spending practices. Politico reported last year that Gaetz improperly sent $28,000 to pay an LLC affiliated with a speech-writing consultant. Gaetz’s office returned the funds to the House and said it was a “glorified clerical error.”

One of Gaetz’s official actions as a member of Congress is also gaining fresh scrutiny in the wake of the DOJ investigation. In 2017, Gaetz was the one member of Congress to vote against a bill designed to create a coordinator in the Department of Transportation responsible for helping states develop policies to prevent human trafficking.

At the time, Gaetz did a Facebook Live broadcast defending his vote. He said he voted no because he felt the existing Transportation Department staffing should’ve been able to handle the task, and he was sent to Washington to stop the expansion of the federal government.

Why Oakland should back the A’s Howard Terminal ballpark

Queen must be given ‘time and space to grieve’, says John Major

Upgrade your home theater with these 18 entertainment gadgets

FatFace says it will struggle if coronavirus worsens