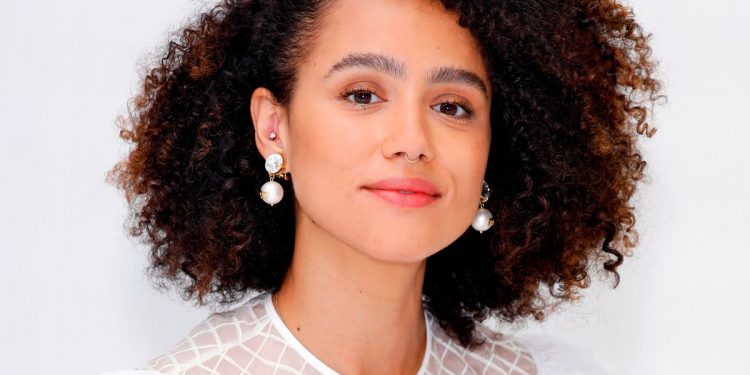 
Game of Thrones and Fast and Furious star Nathalie Emmanuel has hit out at the UK film industry for failing to offer top roles to performers of colour.

The 32-year-old English actress has experienced an incredible career which has seen her evolve from a soap actress in Hollyoaks to an action star in Hollywood.

Nathalie has featured in big budget films including Furious 7, The Fate of the Furious, F9, two instalments of the Maze Runner trilogy, heist film Army of Thieves and will soon be seen in the two part Fast and Furious 10 films.

But while Nathalie is enjoying plenty of success across the pond, she despairs at the fact that she is offered supporting roles when she returns to the UK.

Speaking on The Way We Are With Munro Bergdorf podcast, Nathalie said: “We lose so much black and brown talent to the States because the British industry just doesn’t hold space in a meaning- ful, significant way. It’s frustrating.

“All cultures and ethnicities were being seen for parts in the US and not just ‘the best friend’ or ‘the receptionist’ bit parts – it was lead roles and significant characters.

“Even now some British black people I know in the industry who have played lead roles in the US have come back to the UK and the parts they are being asked to audition for are just minor. We are still battling that.

“I don’t see that happening to my white counterparts.”

Last year, Nathalie also explained her feelings over the death of her character Missandei in the Game of Thrones series.

The character was the confidante of Emilia Clarke’s heroic-turned-villainous Daenerys Targaryen and was brutally killed off in the third last episode.

With her character being one of the very few characters played by actors of colour, Nathalie said she anticipated the anger that fans felt about her being killed off.

She told Vogue: “When I learned that Missandei was going to die, I knew that, as the only woman of colour on the show, I knew that people would feel her loss, like the loss of her, because she’s also just like a really kind, good character.

“I was not anticipating, I guess, the size of the reaction that happened. I think that really sparked a conversation about, when we make these shows in the future, when we are casting these shows, like, do we just have to have the one person – is there space for more of us?

Nathalie has also hit out at the “casual racism” she has experienced in the past, tweeting last year: “I keep seeing that Uncle Ben rebrand advert… now called Ben’s Original ….

“And it’s reminded me how many years ago someone I worked with used to like to call me Uncle Ben sometimes like it was a cute nickname… The casual racism you forget and then remember randomly.”