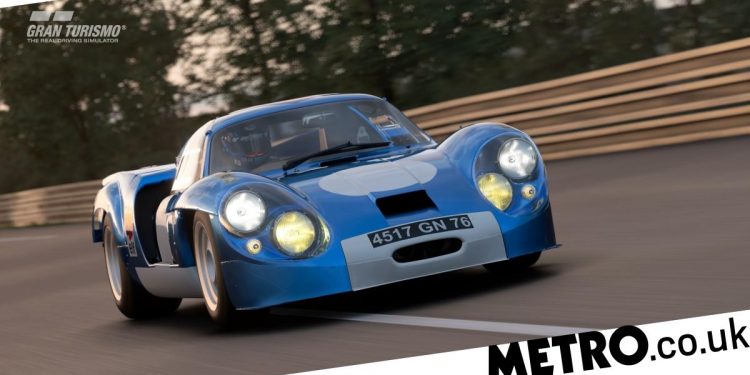 
The Monday letters page asks whether Elden Ring is worth a 10/10 score or not, as one reader hopes for Gran Turismo 7 VR.

Going on the list
Just adding my voice to the wave of discontent over Gran Turismo 7’s update last week, specifically the nerfing of credit payouts for events. As annoying as the server woes were these things happen from time to time (I made peace with the always online requirement before buying the game).

Altering the progression of the game, however, to encourage further microtransaction purchases absolutely stinks. I saw the suggestion from Kazunori Yamauchi that players should wait and see the longer term plan, but that’s a feeble and vague statement that should have been made before asking gamers to shell out £70.

I really hope some enterprising sort takes it on themselves to look into the legality of this, as it can’t be right for any company to significantly alter a product for the worse after purchase. Imagine buying a new car and then two weeks later the manufacturer switches off the ABS!
laj105 (PSN ID)

Getting worse
I picked up a copy of Gran Turismo 7 on Friday and have had a good few hours of play time over the weekend – first of all it’s absolutely beautiful and a lot of fun to play, I’ve been concentrating on the menus to start with and have had a couple of races with a friend online too which have been great. I’m baffled, though, by all the bad press regarding microtransactions. So far I haven’t seen any or even a suggestion of microtransactions being in the game at all?

I also picked up a copy of Dying Light 2, but I haven’t played anywhere near enough of that to have any kind of opinion yet!
Rickandrolla

GC: We’re not sure what you’re implying. The game has microtransactions, and Sony recently rebalanced the game to make unlocking cars through gameplay harder than it was at launch.

GT VR
Just wanted to write in with love for Gran Turismo 7. I managed to get a PlayStation 5 a while back and playing it is wonderful. It’s the best racing game I’ve played in a long time.

I was adamant I didn’t want to race outside of VR again, after PlayStation VR. The limited mode of VR in GT Sport was a kick in the stomach.

However, I’m really enjoying Gran Turismo 7. It looks beautiful, sounds beautiful and the racing is on point. If they announce a full VR mode to coincide with PlayStation VR2 I will wet myself. But until then it’s an amazing game.
Thewearehere (PSN ID)

Just a number
Interesting Reader’s Feature by matc7884. He did seem a little hung up on the difficulty aspect still, which I feel has now become almost redundant. Summoning, and open world levelling up, make the challenge far more realistic.

Genuine question though, what would have tipped the GameCentral team to give it a 10/10? I realise numbers area a slightly abstract concept, but Elden Ring is the closest I fell any game has come to a perfect score in many years.

Keep up the great work.
James

GC: As we said in our review, it’s not really a flaw but Elden Ring is pretty much exactly what you’d expect from an open world Dark Souls game – with no real gameplay innovation. We’re also increasingly unconvinced that the endgame is all it could be.

Top 4
RE: Favourite game of all time. Mine alternate between a select few, just as my favourite songs of all time do. They all hold great memories of playing them. Doom, Half-Life 2, and Dark Souls are some of my contenders.

I’m currently playing through Elden Ring and have spent 30 hours exploring Limgrave, The Weeping Peninsula, and Stormveil Castle. I beat Godrick today, after a thoroughly enjoyable battle. It took me 10 or so goes and felt as exhilarating as From’s bosses always do when I finally felled him.

I definitely have the feeling that I may be playing my new favourite game of all time. We’ll see. There’s a long way to go for me and my intrepid vagabond before I can make such an important decision.
Coinslot- (PSN ID)

Where to start
Thank you to the Underboxers who alerted me to the fact that the Xbox Series X was in stock in various places. Thank you especially Simundo, as I managed to get one ordered from the Microsoft Store which
he suggested and it is arriving on Thursday! Thank you for all the help, everyone, again. I’m going to get a three-month Game Pass code to try games and hopefully complete some (!) in that time.

I will probably start with Psychonauts 2. I have been holding out for a physical version but just going to get on and enjoy it as I was a backer on Fig, which is like Kickstarter but run by Double Fine (for people who didn’t know), also I will see if I can find my name in the credits, being a backer!
Andrew J.
PS: Thank you to Matt for the interesting information about Impossible Mission. Funnily enough, on the same day you were talking about said game the people who make The Bedrooms to Billions documentary made an Impossible Mission 1 and 2 video and posted it and I found it after I read your message on my Subscription channel on YouTube.

Perfect world
I love how Ubisoft announce they’re going to make bigger open world games, which you’d think would be a good thing, and actually everyone is appalled at the idea because they know how much bloat they put into the ones they already have.

Ubisoft are the worst offenders but there’s a lot of developers that need to learn that bigger is not always better. The Elden Ring world is not particular big but the reason it doesn’t feel bloated is that, while there are some repeated ideas, most of the side missions and locations are different. They aren’t just trying to make it seem like more by repeating the same thing 100 times.

Less is more and that even goes for… if not the size of the game world then what’s in it.
Lomtz

Near the bottom
I’m starting to think Gran Turismo 7 has been overrated. I’ve put around six hours into it and I already find it a bit grindy. Not totally unexpected given it’s a racing sim, but the online server issue, along with the microtransactions, I feel some problems have only come to light after the review period. GC, am I right in thinking your review copy didn’t have microtransactions active?

Regardless, those issues aren’t the only disappointments. The graphics are not even that great. Compared to Forza Horizon 5, which is open world, that still manages to look way better. Some would argue car models are slightly more detailed in Gran Turismo, or the setting favouring Horizon, but on a technical level the latter is superior in my opinion. I suppose when the next Forza Motorsport is released we will see a true comparison.

And is it me, or does the cafe being the main campaign mode seem very odd? I feel like I’ve gone back in time watching character photos with lines of text. It’s a strange decision to front campaign missions this way, I just don’t get it? Not that hating the presentation is exclusive to Gran Turismo, it’s frankly embarrassing in the Forza Horizon series.

I’m just not feeling the critical love for the game. On track the artificial intelligence is probably the standout, but 87 Metacritic? I think my rating would be near the bottom because it’s a 7/10 from me.
Anon

GC: The pricing only became clear on the day of release.

Inbox also-rans
Just wondering… is there any chance that Sony’s titles that have been brought to PC may turn up on PC Game Pass someday?
DarKerR (gamertag)

GC: MLB: The Show has already been on Game Pass but something like Horizon Zero Dawn seems extremely unlikely. Stranger things have happened but… not many.

Loving the new Mario Kart 8 tracks, even though I don’t like the new art style. I can understand not changing it for the Tour ones, but why add it to the tracks that were from much older console games?
Caspian

This week’s Hot Topic
The subject for this weekend’s Inbox was suggested by reader 84Colbat, who asks what’s the last game you played?

In order to make sure the answers are interesting, please also include the last game you played that wasn’t released this year – to ensure everyone doesn’t just say Elden Ring and Horizon Forbidden West.

What do you think of the game and is there any particular reason why you’re playing it right now? Have you played it before and if not why did you pick it? is the game part of a backlog and have you already decided what you’re going to play after it?