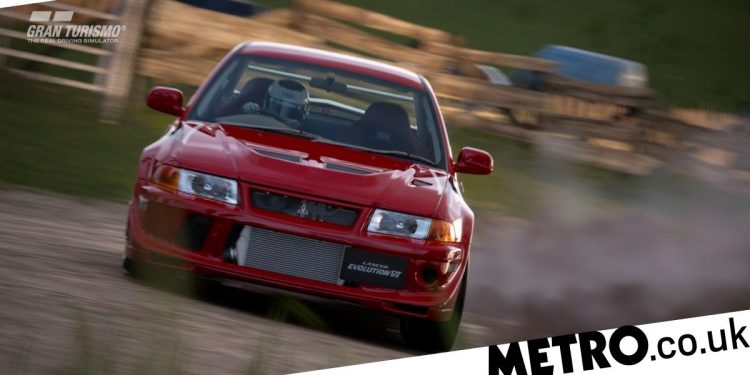 
The Thursday Inbox is upset at the lack of damage modelling in Gran Turismo 7, as one reader hopes for an Elden Ring photo mode.

No competition
Interesting review of Gran Turismo 7, which seem to suggest that despite no big new ideas this is the best Gran Turismo has been for years. So, does that mean it’s the best serious racer on consoles? To be honest, like many people, I’ve grown disinterested in racing games in recent years, since, through no fault of their own, there’s so little new you can really do with them.

But what are the other contenders? Forza Horizon 5 is great but it’s an arcade racer with no real claims to be realistic. Forza Motorsport 7 is the opposite but it’s so old now that Microsoft doesn’t even sell it anymore, because the licences have expired.

That means the only real contenders are motorsport games, which are… almost all by Codemasters. I guess there’s no point asking why there’s not more, because the answer must be that they don’t sell, but it’s a shame. Gran Turismo 7 is going to win this contest pretty much by default.
Demi

Damaged goods
So Gran Turismo 7 is out and no doubt it looks like it could be the best console driving sim out there.

But, I can’t believe, as a game that sells itself as a sim, they still haven’t been able to sort out the damage model.

I know, as you said in the review ‘It’s still disappointing damage modelling amounts to little more than scratches and dents, but that’s the fault of the car manufacturers and the limitations they place on the licences, not Sony.’

But… Is it? I mean look at all the other simulations out there using real-life cars, they all have proper damage models! Why is it only Sony seems to have this problem?

I’m sorry, but the excuse of ‘the car companies won’t let us’ just doesn’t wash anymore (to be honest, it never really did).

To sell yourself as ‘the real driving simulator’ while not including damage… I don’t know, it’s just not quite right. It’s certainly not real.

As a result, I expect race sim purists to perhaps be a bit sniffy and consider it (as they do with GT Sport) to be more of an introduction into the world of sim racing, rather than, what it could be, the pinnacle of sim racing.

Sorry, it’s always been a bugbear of mine with the GT series, and I really hoped they had fixed it. I’m just a bit disappointed they haven’t.
The Dude Abides

GC: Which other simulations are you thinking of exactly? Manufacturers do not want to see their $2 million supercars with the doors hanging off and the front caved in.

Apples vs. oranges
After your Gran Turismo 7 review it seems to me after a few patches and a change of a few things that it will go up to a perfect 10. If that’s the case would you say Gran Turismo is back as king of the racing sims?

Also, just seen Phil Spencer say that he’s hoping for a world where console wars are a thing of the past. Just maybe that would be the case if Xbox wasn’t buying the big developers. Saying the games will stay multiformat then soon as the deal gets the go ahead, and the purchases is complete, he then says no, the games are exclusive now.

If he really wants a world without a so-called console war he needs to make every Xbox game on every console. He also needs to try and bring Game Pass to Switch and PlayStation and that way he will be leading the way for console wars to end and for the first time. Do what he says rather then change his mind.
David

GC: You’re certainly demonstrating the sort of rhetoric he was speaking out against. And he has tried to get Game Pass on Switch and PlayStation, they both said no.

Fear of buying
I was in my local CeX where I had some credit to spend. I was torn between Far Cry 6 and Guardians Of The Galaxy. Far Cry was cheaper and would allow me to get another game too, so after deliberation and the sudden realisation that Far Cry was a Ubisoft game, unlikely to come onto Game Pass I decided to go for Watch Dogs: Legion and Far Cry 6.

Obviously, I was very happy to hear my thought process worked and Guardians Of The Galaxy is coming on Game Pass soon. Does anyone else worry about buying games now? I’m tempted to get Cyberpunk 2077 after enjoying the five hour demo but again I feel its destined to appear on Game Pass soon. Maybe even Elden Ring at some point, that’d be a win for Microsoft.
Phil

GC: We can see Cyberpunk 2077 because, like Guardians Of The Galaxy, it underperformed. But Elden Ring seems very unlikely anytime soon. We don’t remember any From game being on there, actually. Perhaps they’ve been and gone but they’re certainly not there now.

Dad time
I haven’t bought Elden Ring, as I simply don’t feel I have the time to play it. I 100% completed Dark Souls 1 and 2 with over 120 hours in each (I didn’t 100% 3 as there was a focus on PvP which I am not gud at), completed Nioh and defeated Daddy Gazza in Bloodborne. But that was all before I became a dad.

It’s not as intense for me as it is for others, especially wasmir34, but it still reduces any gaming time I have. An easier difficulty would allow me to enjoy it, but not have to dedicate as much time to it. Maybe I’ll eventually play it, but probably not this decade.
Joseph Dowland

The game is still a brilliant after all these years, with many features: motherbase management, weapons development, side missions for your troops, item collection, side quests, the stealth action gameplay, moral choices, poster collectibles, 80s music, and the crazy story.

To my knowledge no game to this day actually portrays war and combat like this, having been in the armed forces myself, it’s very authentic in a lot of ways.

The buddy system is still way ahead of its time – DD, Quiet, the Horse, vehicles… no game comes close.

I never knew how much I missed this game, just wish Konami would licence out Metal Gear Solid.

GC: We’d have to play it again, and we haven’t since it came out.

Last day to back
The free games on Epic Games Store this week, from 4pm today are Black Widow: Recharged, Centipede: Recharged, and Epic Slayer Kit.
Andrew J.
PS:. Looking forward to seeing how much the Mina The Hollower Kickstarter game, by the makers of Shovel Knight makes today, when it closes!

Constructive criticism
With all the talk about Elden Ring having some form of difficulty mode. I thought I’d talk about a few things missing from the game that I think would improve it (although I’m thoroughly enjoying it as it is). The first is a photo mode, the game is unbelievably stunning and I’d love to be able to stop and take that in and take some wonderful images. I follow a few video game photographers on Twitter and I’d be interested to see what they could do with a proper photo mode. Now, I am aware that the game being online and not being able to pause are key features in From’s games. So I’m unsure how they’d implement it.

The second is the ability to hide your helmet. I spent so much time making my character and as a samurai, I’ve spent the first 10 hours unable to see it. And the final one is the ability to create multiple characters and have multiple playthroughs on the go at the same time.

I play a lot of MMOs and I have a lot of different characters. I do enjoy playing with different classes and having a character selection screen like a World Of Warcraft would benefit me greatly. I’m aware a lot of these are probably pretty selfish and it isn’t affecting my enjoyment of the game.
Twin Cherry Studio

Inbox also-rans
So I guess the big question now is how would you rank all the Soulsborne games? I know Bloodborne is your number one but where do you place the rest? I’ve not played enough of them to give my own comprehensive list but would be interested by your take.
DuckOfDeath82 (PSN ID)

GC: We’re stuck between Elden Ring and Sekiro being in second place. We’ll try to 100% (or close to) Elden Ring before we make our final judgement.

You can now pre-order an ARMS Min Min amiibo on Nintendo Store UK. They have also listed some Kirby ones but not in stock: Kirbyo, King Dedede, and is Meta Knight a Kirby character?
Andrew J.

This week’s Hot Topic
The subject for this weekend’s Inbox was suggested by reader Focus, who asks what do you want from Pokémon Scarlet/Violet and the future of the franchise in general?

The ninth generation of Pokémon games will be released this Christmas but what changes are you hoping to see in the formula, based on predecessor Sword/Shield and the more recent Pokémon Legends: Arceus.

What does your dream Pokémon game look like and how close do you think Scarlet/Violet will get to that ideal? How happy are you with the state of the franchise at the moment and what do you think needs to change the most?