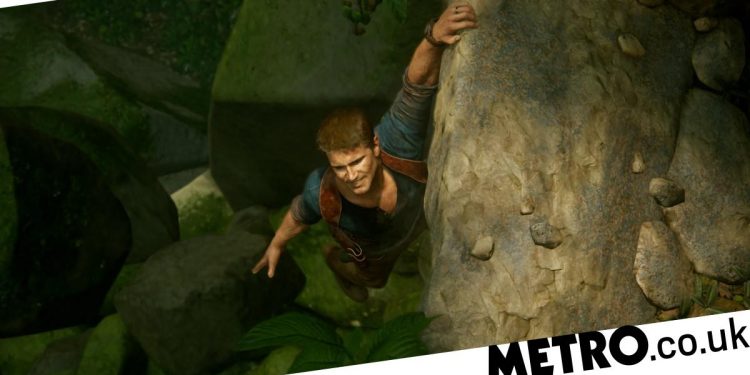 
The Thursday Inbox offers advice on how to git gud with Elden Ring and Dark Souls, as a reader is frustrated they don’t like roguelikes.

Ad hoc policy
Nice Uncharted remaster collection review, GC. I’m glad to see you take Sony to task for how much of a crazy rip-off it is. Not only that but how inconsistent their policies are. They act like they’re making them up as they go along, constantly changing them every time someone complains. Whereas Microsoft has just one simple policy: it’s always true. I get it, Microsoft can afford to say things like that, but it’s one thing to charge for an upgrade but it’s worse to make it so random how it all works.

I read some other reviews of Uncharted and most of them didn’t even mention the price and how much of a rip-off it all is. Especially the missing multiplayer, that was like half the game last time! Same with The Last Of Us, except now they’re going to try and sell us what used to be just part of the game as a standalone release.

It’s all leaves a really nasty taste in the month, and that’s while being compensated by the fact that Uncharted 4 is a really good game. I would have absolutely zero tolerance for any of this for a lesser game. Sony need to up their game, on multiple fronts, but as usual all we get is stony silence. It’s not encouraging.
Spector

Dedication, that’s what it takes
In response to the ‘Will Elden Ring be too difficult’ email, I used to think the same. I loved the look and feel of the early games, but ultimately found them to frustrating!

Then I gave in again with Dark Souls 3 and this time I learned how to play the game rather than just going gung-ho into each level and end boss. I focused the character build on strengths that worked for me, I learned that most bosses had specific weaknesses that when exploited made them much easier to beat (the bosses I couldn’t beat I cheated and summoned someone in to assist).

I have since went back to Demon’s Souls on the PlayStation 5 and I can honestly say I have went through the entire game to the final boss without summoning anyone, and have beaten most of the bosses within three or four attempts, and some even on the first attempt – the final boss in fairness I am not sure I will ever beat as I have moved onto another simple game called Returnal.

I guess what I am saying is, the game isn’t that difficult, its people’s approaches that are the problem. Everyone expects the auto aim assists, etc. help that come with the likes of Call Of Duty for instant gratification. Next time take your time, grind your soul level a little, watch for the weaknesses and exploit!

From an average middle-aged gamer.
mal

From Cycle
In response to Jonesy talking about missing out on Elden Ring because it’s too hard.

The only reason I probably managed to complete all the Darks Souls and Demon’s Souls was the multiplayer aspect. Here is the game cycle I experienced:

The whole game is me doing the same thing multiple times but for different reasons?

In theory
Regarding Ooccoo and the question about the Horizon Forbidden West upgrade, I actually emailed Sony about this, as the PlayStation 4 version doesn’t show in the store if you are a PlayStation 5 user.

From what I was told, only the physical PlayStation 4 copy will be able to be upgraded for free, not the digital version.

So just beware if you are planning on purchasing it digitally, you will have to pay the extra £10.
Hollinho (Twitch)

They’ve encased him in carbonite
I like the look of the gameplay trailer for the new Star Wars Lego game, even though I am not into the Lego games, and I also thought the exclusive that they are doing on GAME is very good. They give you a Lego SteelBook with a Han Solo carbonite Lego vharacter in it on Switch, Xbox, and PlayStation versions! It is £59.99 though for that version.
Andrew J.
PS: The free game on Epic Games Store from 4pm on Thursday is Daemon X Machina.

Call for silliness
I just finished Far Cry 6 on my Xbox Series X, the first I’d played since Far Cry 3, and I must say, having had a break from it over all these years, I thoroughly enjoyed it.

After that I got back onto Call Of Duty: Warzone and I’m disappointed that they haven’t updated Rebirth Island since the Pacific update. I must admit I do love the level, but I think something new would refresh the game. The biggest thing I don’t like is all the new character skins you can play as. Is it me or do they look like they were made on an Xbox 360? The previous characters look much more defined, with more personality.

Generally, the character skins also have no sense of humour at all. What would be wrong with introducing mafiosos and 70s guys with flares, or absurd caricatures with pointy noses tearing up Nebransk or the Pacific or whatever? I guess it’s catering for a much younger crowd than me, but even when I was 20 I still had a sense of humour!
Dj Kj

GC: The Pacific update was less than two months ago?

Each to their own
Is there a secret to enjoying roguelikes? I should love Dead Cells but couldn’t deal with being put back to the start every time I died, and Hades looks amazing but I’m afraid I’ll just hate it. And so many great looking indie games are choosing to be roguelikes.

I don’t mind dying a lot, I love Dark Souls, I must be missing something?
Multi

GC: You just don’t like roguelikes, it’s not a crime.

Inconsistent nonsense
Sony has put out free 60fps patches on many first party games, like Ghost Of Tsushima, The Last Of Us Part 2, God Of War, Horizon Zero Dawn, and Days Gone. That’s a chunk of the best PlayStation 4 first party games, and Days Gone, boosted for free on PlayStation 5, nice. But overall, their boosted backwards compatible/cross-gen polices have been inconsistent, messy, and a tad overpriced for what you get.

The latest is PlayStation 5 game Uncharted: Legacy Of Thieves Collection. Uncharted 4 and its standalone expansion for £45 with new DualSense, 3D audio support, and fast loading, and nothing else by the looks of it – and it drops the multiplayer. The PlayStation 4 to 5 upgrade is a tenner so why not just pick up Uncharted 4 from CeX for £8 (or the The Lost legacy which is actually more pricey at £12, you only need one or the other to upgrade, not both) and get the upgrade so the collection is yours for £18, pretty good.

Not so great if you have the digital edition PlayStation 5, as Sony delisted the standalone versions of Uncharted 4 and The Lost Legacy from the PSN Store and replaced it with them bundled together. That currently costs – shock, horror – £35 and with the £10 upgrade we’re back at £45.

Then there’s Ghost Of Tsushima, which received a free 60fps patch but a more rounded upgrade with DualSense support was included with the paid-for DLC. I’m pretty sure you can go from the PlayStation 4 version of that game to the fully upgraded PlayStation 5 version through an upgrade path but I can’t remember the route. I think as it’s part of the DLC, it might cost a full £25 but once again I’m not sure as it’s a bit messy.

I’ll be getting that game day one so had to double check I would still get the PlayStation 5 version if I bought the digital PlayStation 4 standalone version. I will but it feels a bit cheap for Sony not to mention it on the store page, they might update it at some point, to be fair.

Phew, what an absolute nonsense. It’s much simpler going forward after Horizon Forbidden West, if not a better deal because as part of the Forbidden West climbdown statement they said from now on all cross-gen games will be able to be upgraded to the PlayStation 5 version for a fee of a tenner.
Simundo
PS: I didn’t mention the most asked for 60fps patch is Bloodborne and that is not anywhere to be seen, even though a modder has it running at 60fps on PS4 Pro. Although not published by Sony, FromSoftware games Dark Souls 3 and Sekiro: Shadows Die Twice can be played at 60fps at no extra cost on PlayStation 5 through backwards compatibility.

Inbox also-rans
Having struggled and failed to get past the first boss on Bloodborne, Demon’s Souls, and Returnal I’ve finally learned my lesson and will not be getting Elden Ring, as wonderful as it looks I just can’t bring myself to face repeated failure once again.
Russell.

Good review of Pokémon Legends: Arceus. Glad to hear that Game Freak have made the effort and do I actually feel sorry for them, having to make new games almost every year. As usual it’s management that’s to blame for the dumbest decisions, not the creatives.
Baker

This week’s Hot Topic
The subject for this weekend’s Inbox was suggested by reader Cranston, who asks would you still be interested in gaming if Sony and Nintendo were no longer involved?

The news that Microsoft is buying Activision Blizzard has changed everything, with many fearing that equally large companies like Google, Facebook, and Netflix will swoop in to buy the remaining third party publishers. If that happened, how would it affect your interest in gaming?

Do you worry about the increasing consolidation of gaming, where only a few number of giant companies own everything, or do you think it won’t change anything fundamental? What do you see as the most optimistic, and pessimistic, outcomes for the future of the games industry?

Do You Speak Your Baby Boomer Clients’ Language?