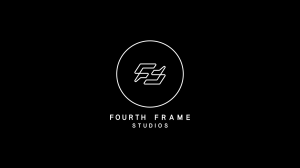 Led by Okusanya, who will serve as Head of Studio, Fourth Frame seeks to leverage its understanding of Gen Z audiences and its network of creators to create and produce culturally relevant content for clients across a number of industries including gaming, sports, fashion, entertainment and consumer products. Fourth Frame will focus on developing premium long-form and short-form video content, curating and executing experiential in-person events, and creating digital products and experiences such as AR and VR environments in the metaverse.

“We identified a gap in the market between high-end, strategic content production needs from brands and in-depth, in-house knowledge of how to stay relevant amongst hard-to-reach audiences such as gamers,” said Justin Kenna, CEO of GameSquare Esports. “Femi’s unique experience will enable him and the Fourth Frame Studios team to create bespoke programs for brands that can be distributed to every platform where the next generation of consumers are.”

“With an unrivaled ability to connect with youth culture and access to a vast network of talented creators, Fourth Frame Studios is positioned to shake up the digital content space in a major way,” said Okusanya “We’re committed to telling stories from different points of view and creating culturally impactful entertainment that is representative of gamers and their broader interests.”

Also joining the Fourth Frame Studios team is The Flash and Work It actor Jordan Fisher, who will serve as Creative Advisor for Original IP Development. In his role, Fisher will inform  the studio’s expansion into original programming for TV and streaming platforms. Fourth Frame has also added former 100 Thieves VP of Marketing and brand executive at Adidas and Activision, Mark Rasoul  as Strategic Brand Consultant.

“I’ve been gaming my whole life – it’s been a great way for me to connect with friends, family, and my fans,” said Fisher. “As an original IP advisor at Fourth Frame Studios, I’ll be able to uniquely merge my passion for gaming with my expertise in film and television to ideate meaningful and authentic programming beyond the more traditional platforms of today.”