Garmin’s super-smart new watch is built for pilots, but runners should check it out too 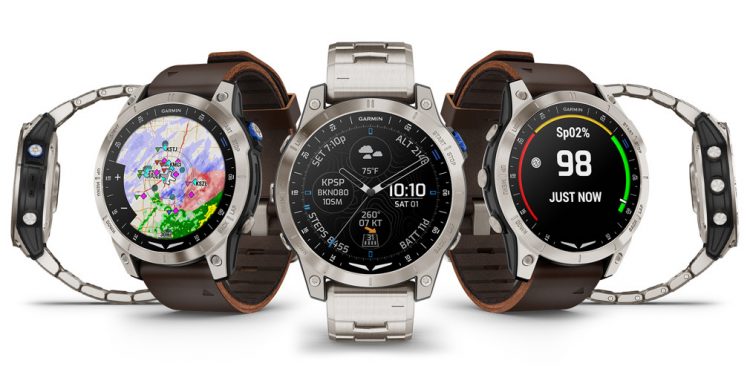 
Garmin has unveiled a new smartwatch built specifically for pilots, but packed with tools to keep you fit and healthy out of the cockpit too: the Garmin D2 Mach 1.

In terms of design, the D2 Mach 1 closely resembles the recently released Garmin Epix (Gen 2), with a 74mm reinforced resin case topped with titanium, and visible screws on the lugs for a tough, industrial look.

The new Garmin watch sits alongside the D2 Air X10 – a device that’s around half the price, but a simpler specs sheet. The D2 Mach 1 features a choice of leather or metal bands rather than silicone, a new interface, superior battery life, multi-frequency positioning, and other advanced features like the ability to access and download apps from the Garmin Connect IQ app store directly from your wrist.

For pilots, alongside existing features like support for multiple time zones (including Zulu/UTC) and the ability to receive plans wirelessly via Garmin Pilot, D2 Mach 1 also offers a moving map showing aviation airports, roads and bodies of water, aviation alerts, and compatibility with Connext Avionics so you can link your watch to your cockpit.

Out of the cockpit

When you’re on land, you’ll find that the D2 Mach 1 borrows many new fitness features from the Epix (Gen 2), including an interval training mode, customizable workout modes, and real-time stamina monitoring so you can see how much energy you have left during your workout and adjust your effort accordingly.

Unlike the vast majority of Garmin watches, the D2 Mach 1 also has a built-in microphone, allowing you to make calls and use your phone’s voice assistant from your wrist provided your handset it within Bluetooth range. This is something we’ve only seen on the Garmin Venu 2 Plus so far, but we’re hoping it’ll find its way to many other watches in the coming months.