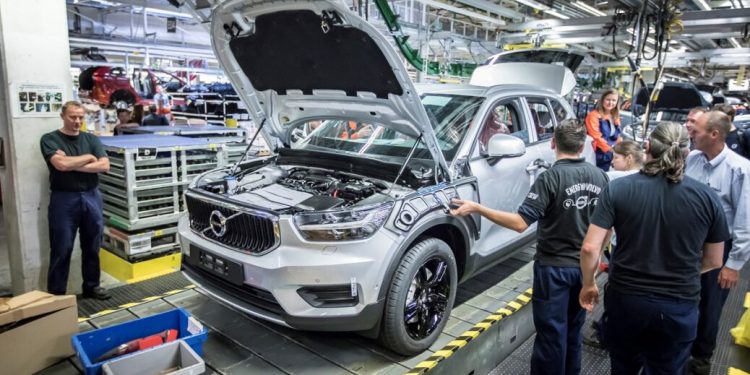 
Geely’s Volvo Car AB has warned it would struggle to meet its production forecast for this year as the shortage of semiconductors again forces factories to a standstill.

The carmaker told Bloomberg disruption was expected to last through the second quarter because of issues procuring a specific type of microprocessor. Volvo now expected only “marginal” growth in deliveries this year, after previously saying sales volume would rise, the news agency said.

Volvo added its issues were not related to the Russian invasion of Ukraine, according to Bloomberg. Volvo had previously said the supply of semiconductors, as well as production, was gradually improving. Carmakers globally had repeatedly idled factories over the lack of chip supplies, leaving them unable to make enough vehicles as demand recovered as economies started to recover from the pandemic.

Earlier, Swedish daily Goteborgs-Posten reported the automaker had decided to cancel five shifts at its Torslanda factory, which makes the XC60 and XC90 SUVs, Bloomberg said.

Pictured: The stunning new business class aircraft cabin that looks like a living room in the sky