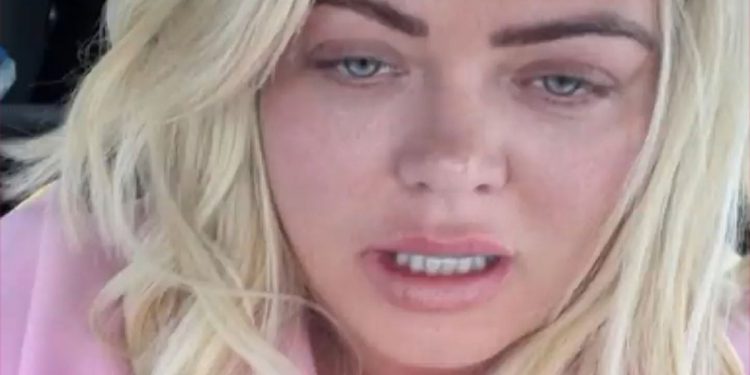 
Gemma Collins, 41, said she had dental work after her wisdom teeth left her in pain.

Gemma Collins discusses ‘pain’ as she has tooth removed

Gemma Collins rushed to the dentist to have a tooth removed a week before she’s due to start rehearsals for Chicago.

The TOWIE star is preparing to make her stage debut as Mama Morton in the UK and Ireland tour of the international show.

But with rehearsals just around the corner, Gemma, 41, has landed herself in the dentist’s chair.

She gushed over her dentist, insisting that she paid for the treatment but was so impressed she wanted to share it on her social media.

Gemma said she was so glad it happened this week, rather than next week

“I didn’t get anything for free, I paid for it – this post is not about that.

“It’s just so nice when you’re in pain and everyone gets on board and gets you out of the pain so I’ve had a tooth removed, I’m going on tour next week, then I start Chicago and I just thought thank god it happened this week.

She covered her mouth and explained that she was “talking funny” after the dental work.

The TV star also shared a snap of her in the chair with protective goggles on and a funny video of her dentist.

“Guys, this guy is God for me today. I’ve been in so much pain. I’m going on tour next week, my life never runs smooth, there’s always a drama.”

The dentist gave the GC the thumbs up and told her “well done”.

Gemma will be stepping into the shoes of the countess of the clink as she goes on tour at the Sunderland Empire from 31 May, with further shows in Cardiff, Blackpool, Sheffield, Norwich and Oxford.

Producer David Ian said they were “were completely stunned” by her audition.

“She’s an undeniable force both on and off stage, and we can’t wait to see her portrayal of Mama Morton on tour,” he added. “Audiences across the country are in for a treat.”

She studied dance at a performing arts school
(

Mama Morton was played by Queen Latifah in the 2002 film
(

Gemma studied dance at the renowned Sylvia Young Theatre School before she made a name for herself on TOWIE.

She will star alongside Corrie’s Faye Brookes and West End star Djalenga Scott.

Her character Mama Morton was played by Queen Latifah in the 2002 film.

Gemma’s loyal fans rushed to congratulate her on her new role.

Gemma is in a relationship with Rami Hawash
(

She recently showed off her new slimmer figure
(

“U certainly have kept your word the biggest star to come from towie… Just wow,” one wrote.

Others said that the part was “made” for her and that she will be “amazing”.

Gemma Collins is happier than ever in rainbow dress on Tenerife break with fiancé
Tags: ChicagoCollinsdaysdentistGemmarehearsalsremovedrushesTooth
Previous Post

Johnny Knoxville on ‘Jackass Forever’ and Training for WrestleMania

Johnny Knoxville on 'Jackass Forever' and Training for WrestleMania