Gemma Grainger: Positive steps for Wales despite defeat to France 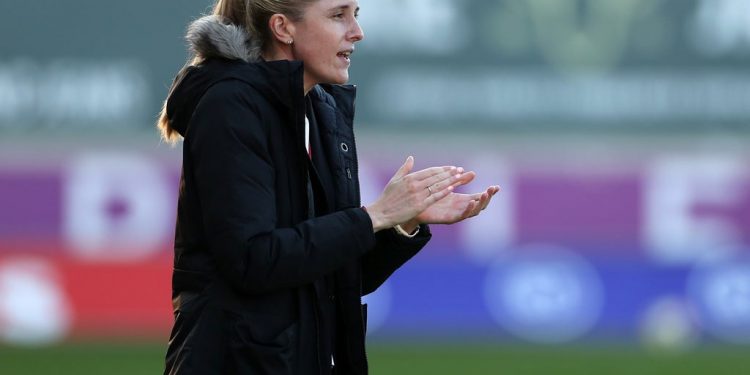 Manager Gemma Grainger insisted Wales had taken another positive step in World Cup qualifying despite losing 2-1 at home to France.

Goals in each half from Wendie Renard and Marie-Antoinette Katoto maintained France’s 100 per cent record and takes them to within one win of qualifying for the 2023 Women’s World Cup in Australia and New Zealand.

Sophie Ingle gave Wales hope with a deflected strike, but Grainger’s side lost second spot to Slovenia – who won 2-0 in Kazakhstan – in the race for a play-off spot.

Slovenia are one point above Wales having played a game more. They meet each other in Wales in September for what is shaping up to be a pivotal contest.

France, ranked third in the world, edged out Wales 2-0 in Brittany in November and Grainger said: “We probably feel the same as we did in the first game, but it’s actually a bit worse.

“To go 2-0 down against the third best team in the world and push them to the end shows how incredibly resilient this group is.

“We competed against one of the best teams in the world. I’m disappointed, but I’m proud and that’s the overriding feeling.

“I could see them at the end making substitutions and time wasting. I’m looking at them and thinking this is a real sign of the team we are.

“We want to play these teams in tournaments and I feel that was a tournament game.”

Gemma Evans saw a header ruled out for offside just moments after Chelsea midfielder Ingle had halved the deficit after 71 minutes with her fifth Wales goal.

Grainger also felt Wales should have been awarded a penalty earlier when Jess Fishlock fell in the box but referee Jana Adamkova decided the foul occurred outside the area.

She said: “We had the live feed on the bench and it probably is a penalty.

“It’s disappointing we didn’t get those moments but it happens. A couple of decisions went against us, but that’s football.

“I need to watch it back obviously, but I think we had more chances than France and that shows our qualities in possession and transition.

“This game was never going to define where we finish in the group and now we need to rest and recover for Tuesday.”

Wales make the long trip to Kazakhstan for their next World Cup qualifier and on the same night Slovenia travel to France.

Things to do in Leeds: 9 events this weekend including Ibibio Sound Machine and School of Rock at Leeds Grand Theatre