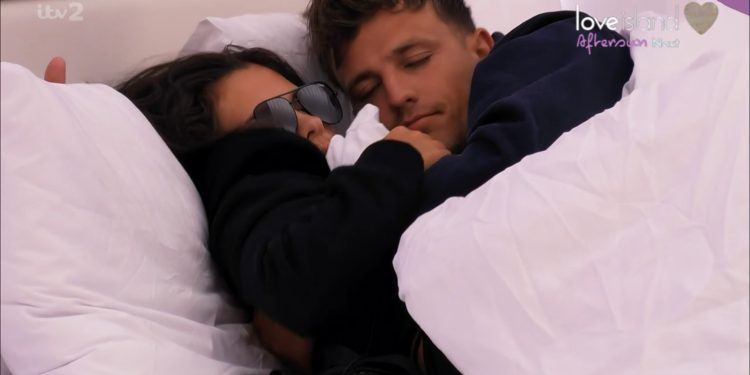 Neil Farrugia, 27, dated brunette beauty Gemma before she went on the hit dating show and says he’d “do his best” to turn her head back to him if he entered the show as a bombshell.

Gemma is currently coupled up with fishmonger Luca Bish on the show, who has already had to deal with her ex Jacques O’Neill coming into the villa.

Despite Jacques’ presence, Gemma and Luca have remained strong but Neil thinks he’d be able to turn her attentions back on him.

Speaking to OK! Magazine Neil said: “I would definitely try my best to turn Gemma’s head back in my direction if I joined the show as a bombshell.

“If I had to predict who she’d end up with, I would never have imagined Luca – Davide is definitely more her type!”

Gemma and ex Neil met a couple of times while in Dubai and ended up getting to know each other over social media.

Despite only being together for around four months, Neil shared that the pair “travelled a lot together” and social media images display them enjoying a trip to Paris.

“There are so many goals in life she wants to achieve. Gemma ticks lots of boxes – we felt really comfortable together straightaway and just got on really well. I loved how close she was to her family as well, especially her mum.”

The couple split after long-distance got in the way of their romance, with Gemma calling the UK home and Neil living in Dubai.

Gemma, along with the other girls, has been getting to know the knew Casa Amor boys in the villa.

Viewers were quick to share their disbelief at Michael Owen’s daughter wasting no time in sharing a bed with Josh.

Taking to Reddit one person wrote: “I don’t mind the sharing bed, it’s who she’s sharing with and what she said when Danica said that she’s going to share with Josh and Paige with Billy.

“Gemma then decided to correct her and say, ‘No, I am sharing with Josh and she’s sharing with Billy’. Danica was just staring at her like okay…”