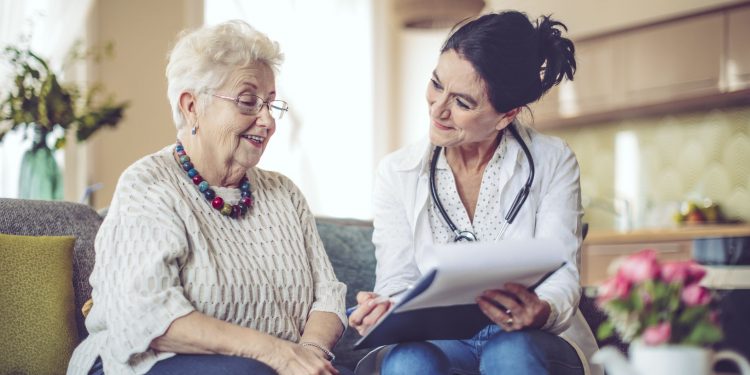 
Insurance companies set premiums based on risk and on factors they’re allowed by law to take into consideration. Insurers can’t set premiums based on an applicant’s race or religion, for example. But insurance companies traditionally have tied gender to an applicant’s risk, so it’s often been a factor in setting premiums. However, insurers can’t always consider gender a factor—it depends on the particular type of insurance and where someone lives.

When an individual applies for an insurance policy, they want to feel they’re being charged a fair and affordable rate for the coverage they’re getting, and that they have some control over the factors on which they are being evaluated. It makes sense to be charged more to insure a brand-new Mercedes that you’ll drive 15,000 miles per year, for example, as opposed to a 12-year-old Honda that you’ll drive 5,000 miles per year, because the risk of an accident rises the more you drive, and a more expensive car will cost more to repair or replace.

But not everyone thinks it’s fair for an insurer to charge more—or less—based on a person’s gender. Confronted by policymakers and consumer advocates, insurers of all types, not just auto insurers, have been dealing with this question for decades.

Here’s how gender is currently considered for different types of insurance.

On average, an individual’s age is considered the most reliable predictor of how long they will live. Gender comes in second. Observations in every country going back to at least 1880 have shown that men typically die earlier than women for reasons largely related to genetics and hormones. You can see these differences today in Social Security Administration (SSA) actuarial life tables, which show that a woman who was 40 in 2017 was expected to live about four years longer than a man who was 40 in 2017.

Life insurance companies look at a host of health factors when they decide whether to charge you their best (super-preferred) rate or a higher rate. Some of these factors are blood sugar levels, nicotine use, liver and kidney function, prescription medications, and medical history. However, life insurance companies sometimes apply different standards of health to man and woman applicants when it comes to certain markers of health, particularly blood pressure, cholesterol, and body mass index. These differences can lead to different premiums.

Non-gender inclusive life insurance pricing in most states can create confusion and anguish for transgender applicants and nonbinary applicants who are asked to identify as men or women on an application. To date, insurers do not appear to have all gender identities available for applicants, but they could feasibly charge higher rates based on what is known about the mental and physical health challenges of transgender and nonbinary individuals. Of course, being known as a company that charges higher premiums for poor health outcomes arguably caused by discrimination might not be beneficial to a company’s image and could have negative effects on profitability.

Since the end of 2012, European law has prohibited insurers in European Union (EU) member states from factoring gender into health, life, and auto insurance premiums. But this isn’t the case in most of the United States, where insurance is largely regulated at the state level. Montana is the only state with a law as broad as the EU’s, and it dates back to 1985.

An academic study exploring the impact of Europe’s new gender-neutral pricing rules postulated that if 50% of a life insurance company’s policyholders were women and 50% were men, the law would cause women to pay higher rates and men to pay lower rates. However, instead of being the average of the old man and woman rates, the new rates would really depend on the percentage of men and women in the life insurance company’s portfolio.

The new rates would be adjusted to reflect that specific insurer’s risk, given its clientele. Premiums would be higher at companies with more men than women as clients. Women will subsidize men in either case, but women will subsidize men more at some companies than others. Also, insurers might need to charge extra to account for the fact that new, lower rates for men could make life insurance more attractive to them and cause this riskier group to buy more. An insurer that just charged everyone the rate for men would likely lose women customers.

Gender is often one of the factors insurers use to determine auto insurance rates. Women sometimes pay less than men because women tend to have fewer accidents overall, as well as fewer driving under the influence (DUI) accidents and fewer serious accidents. The difference in premiums charged to men and women varies by insurer and by age, according to a 2018 study by Insure.com. It also varies by state, according to a Consumer Federation of America (CFA) study published in 2017.

The CFA study also found that most of the six largest auto insurers charged 40- and 60-year-old women more than same-aged men, while they charged 20-year-old women less than 20-year-old men. Differences in how the insurers rated consumers based on their gender caused the CFA to conclude that insurers’ “claims of actuarial soundness” in using gender as a factor to determine premiums were ‘indefensible.’” An internal study of Texas auto insurers by the group Texas Appleseed had similar findings: Insurers were inconsistent in how they allowed gender to influence premiums.

The following seven states don’t allow insurers to base premiums on gender:

The Zebra, an insurance comparison site, conducted studies in 2016 and 2018 on auto insurance premiums charged to men and women. As of 2018, women paid $10 more than men when looking at the national average, but $121 more than men in Nevada, $79 more in Michigan, and $71 more in Oregon. Those were the three states where women paid the highest gender-based premiums.

In 2018, Men paid the highest gender-based premiums in Wyoming ($47 more than women), Rhode Island ($42), and South Carolina ($41). In 13 states—including the five that didn’t allow for gender-based pricing at the time of the study—the average difference between men’s and women’s premiums was less than $10 per year.

And what happened to auto insurance rates in the European Union after the 2012 nondiscrimination law? The rate discrepancy between British men and women drivers went way up. Men used to pay £27 more than women for a car insurance policy; by 2017, they were paying £101 more. It seems that other factors insurers used to set premiums, such as occupation, had a major impact.

Gender and Other Types of Insurance

Affordable Care Act–compliant plans sold through the state exchanges and the federal marketplace can’t use gender as a factor in setting premiums. However, short-term health insurance plans can and often do charge women significantly higher premiums than they do men.

Is this discrepancy justified? An issue brief from the National Association of Insurance Commissioners (NAIC), an insurance industry advocacy group, says that medical costs during childbearing years are more than 45% higher than those for people who cannot give birth of the same age, and the difference can be as much as 270%, including birthing costs. The difference decreases with age, and men become more expensive users of healthcare by their mid-50s.

Medicare premiums are not based on gender. They are based on work credits and income.

Individual policies for long-term care (LTC) insurance were considerably more expensive for women than for men in 2020, but this wasn’t always the case. In the spring of 2013, a major long-term care insurance provider, Genworth, announced it would start charging different premiums (in states that allow the practice) to men and women who buy individual policies because women were receiving two-thirds of claim payment dollars. Women are more likely to need professional long-term care than men because they live longer than men and—in the case of heterosexual relationships—are less likely to have a spousal caretaker in their old age.

Since Genworth introduced this change, other insurers have followed suit. In 2020, the average long-term care insurance premium for a 55-year old man with a standard health rating was $1,700; it was $2,675 for a woman. A man and woman buying a policy together could get a combined rate of $3,050.

Women receive lower monthly payouts than men for immediate annuities purchased from insurance companies because women have longer life expectancies. The idea is that over a lifetime, men and women will receive the same total payout, on average. However, women and men don’t receive different payouts from Social Security because of their gender. Also, employers can’t pay different amounts from defined benefit pension plans to women and men who have made equal contributions.

What the Insurance Industry Says about Gender Rating

The insurance industry, broadly speaking, argues that tighter regulations on gender rating (or any other rating variable) work against consumers’ best interests. A 2019 report from the Insurance Information Institute, an industry-supported consumer education organization, states that because insurers have to base rates on actuarially sound variables developed through statistical analysis and approved by regulators, they must make up for the loss of a variable such as gender by giving more or less weight to other variables.

“Imagine that male drivers have higher accident costs and are more likely to drive pickup trucks,” the report says. “If gender is restricted, then the proxy rating variable for gender could become pickup trucks. In this situation, rates for pickup trucks may increase, while rates for other types of vehicles may decrease.” Another possible outcome, which was noted in the academic study about EU life insurance premiums, is that lower-risk customers will end up subsidizing higher-risk customers.

Though individuals might prefer to pay premiums that reflect their choices (not inborn traits) and their unique risk characteristics, it isn’t feasible for the insurance industry to set rates at such a refined level. That’s why they instead use rating variables such as age and gender as a proxy for risk.

Insurers say their claims-paying experience shows that certain characteristics tend to predict risk for groups of similar people, such as young men drivers, even if some young men drivers are actually safer than some middle-aged women drivers. New technology, such as in-car tracking devices or health-monitoring devices, could allow insurers to more accurately evaluate an individual’s risk without using broader characteristics such as gender—if consumers don’t find the technology to be too invasive and if it is cost-effective for both insurers and consumers.