Genshin Impact 2.3 stream: when and where to watch 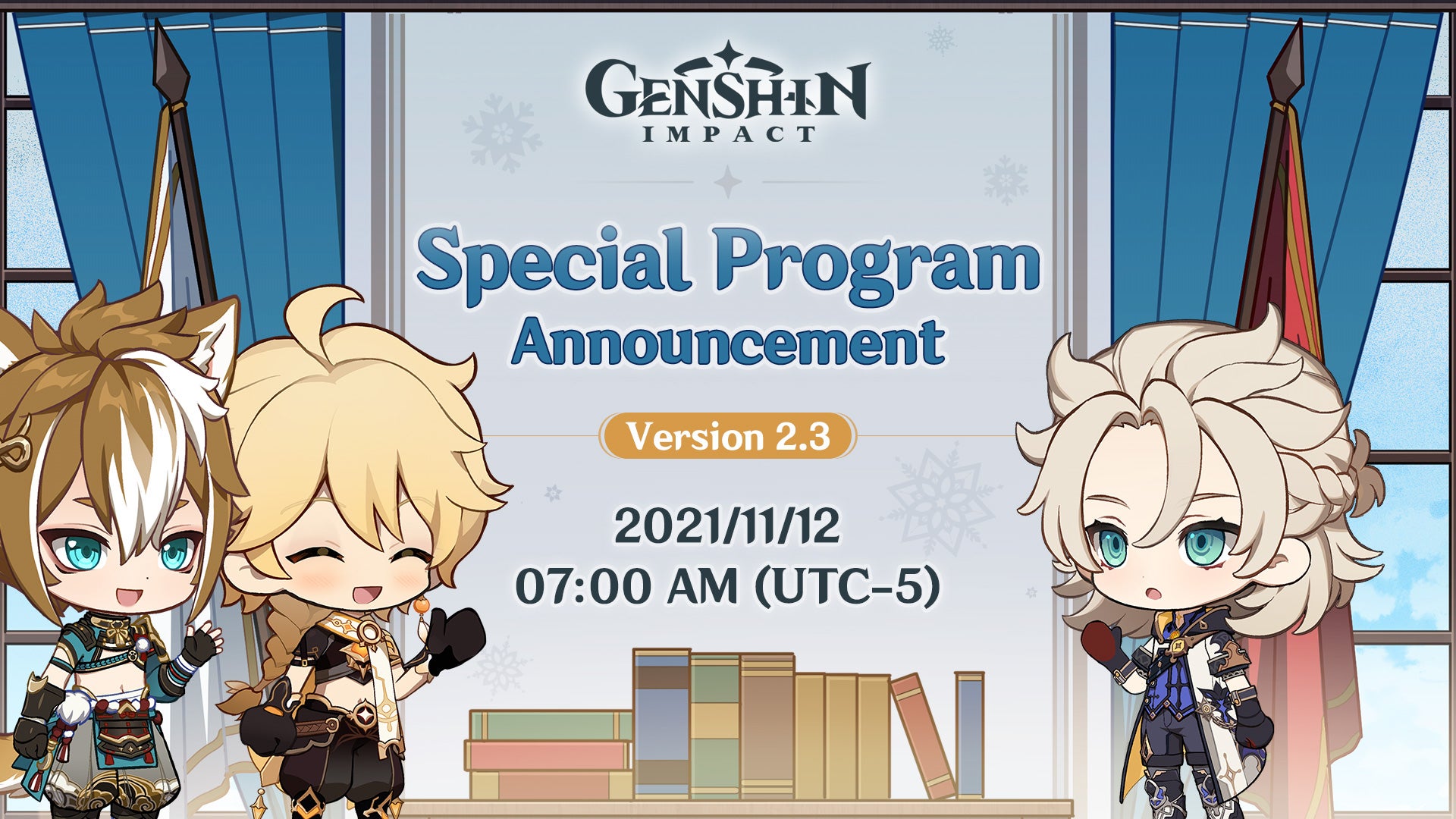 This article will quickly take you through when the stream is taking place, where you can watch it, and what we can expect to see coming from this showcase of the next major patch. That way, you’ll be ready to jump in and catch all the updates as they happen.

Genshin Impact: When is the version 2.3 stream?

The Genshin Impact 2.3 special program announcement will take place at 4AM PST / 7AM EST / 12PM GMT on Friday, November 12.

That’s quite early for some looking to tune in, but a nice treat for those of us in the UK at least who’ll be able to tune in just before lunch!

Genshin Impact: Where can I watch the version 2.3 stream?

For those looking to tune in live, the Genshin Impact special program announcement will be streamed live via the official Genshin Impact Twitch channel. Following the stream, it’s likely that you’ll be able to watch a recorded video-on-demand version there too!

Genshin Impact What new content can we expect to come with version 2.3?

Judging by the promotional art alongside the announcement of the special program announcement, it’s very likely that we’ll get a closer look at a Garou! This character is a Geo character you meet during the main Inazuma storyline, and a senior member of the resistance against the Vision Hunt Decree.

Gorou wields a bow, so might make a nice replacement for Amber if you’re still lugging her around in your party. Gorou has been much anticipated since their reveal during the Inazuma storyline, and with his inclusion to the game the remaining pool of characters from that region is getting smaller and smaller.

If you’re looking for free primo gem codes for the month of November, we’ve got a guide detailing each one you can use right now. Also, if you missed it, we’ve covered the limited-time Shadow of the Ancients quest you can play right now.

The Wombats have released another...

Jemma Carlton has revealed she...

Johan de Nysschen retires as COO of VW of America