Ghostwire: Tokyo’s realistic yet surreal setting is the coolest we’ve seen in years 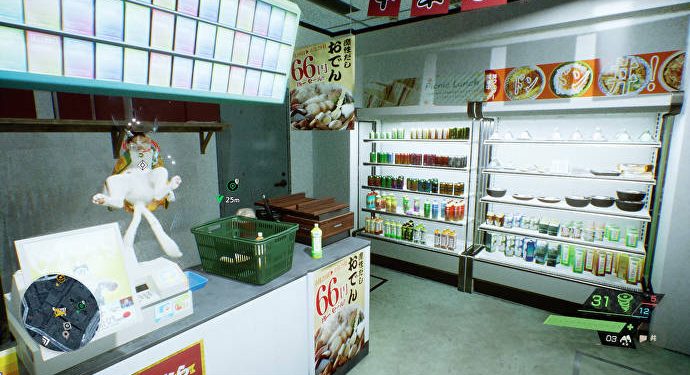 
We’ve seen games tackle real-life locations before – GTA 5 took a decent swing at California, Watch Dogs: Legion accurately portrayed how grey and messy London actually is, and Sleeping Dogs got the bustle of Hong Kong just right – but there’s something about Tango Gameworks’ version of Tokyo that is on another plane entirely. And it might be the astral plane.

From abandoned izakayas to grocery shops with metal shutters glitching up and down thanks to ghostly interference, mossy shrines illuminated only by candles and lanterns to the cosy, eerily quiet flats with no-one left to make them feel like home, Ghostwire: Tokyo gets the feel of an abandoned city right. And it does it with aplomb.

Developer Tango Gameworks – headed up by Resident Evil director and creator, Shinji Mikami – has intentionally built this version of Tokyo as a ‘reimagining’ of the world’s biggest urban area. The eponymous city in Ghostwire: Tokyo has seen some mysterious event take place that’s forced a large portion of the population to disappear. In their wake are ‘visitors’, mysterious and often malignant entities that are hostile to what little life remains.

At the centre of this unsettling mystery is your protagonist, Akito, who was possessed by the spirit of a ghost hunter named KK – who seems to hold some pretty hardcore communist views, for what that’s worth. Akito, possessed by his comrade and powered up with what basically amounts to magical finger guns, is tasked with using his mystical pew-pews to purify Tokyo and banish the other-worldy presence for good.

Wandering around Tokyo, cleansing Torii gates and purifying shrines, you can see how Tango Gameworks is really playing up to that wonderful mix of modern and traditional that Tokyo does so well. Your enemy is Hannyo, a curious bloke dressed in an oni mask and decked out in fashionable Tokyo streetwear. All of Shibuya vanished – at least ‘50 to 100,000’ people, per KK. “The more you cleanse, the more we can explore,” says KK. “And the more pressure we put on that masked freak.” So there’s your raison d’etre.

But all that gameplay and story stuff, for me, is secondary to the setting: whether it’s cans of off-brand coca-cola, high-end hotels with their gilded signage, or a remarkably life-like projector throwing images on a wall (that’s accurate even down to its overly-complicated control panel on the back), the fidelity and attention to detail in Ghostwire: Tokyo has left me deeply, deeply impressed.

There was one moment in our hands-off gameplay demo that really stood out to me. Akito and KK are wandering through a quiet district in the city – rain slick on the floor, neon lights reflecting brightly in it – and something skitters into a back alley. A Shiba Inu – abandoned no doubt when the rapture struck – stands agitated and barking into the alley. Our protagonist draws up his hand, ready to make those mystical finger contortions that protect him, and sidles on into the alley.

What awaits him are faceless businessmen, holding umbrellas and out for blood. Wretched, damp and angry, they lunge at Akito as he weaves his hands about in a desperate attempt to defend himself. As the unsettling creatures (who may or may not be a damning metaphor for civilization’s obsession with workaday/salaryman culture) lunge at you, you can see the details on their suits. Even down to the stitching – which is good enough to make even Patrick Bateman blush. As Akito repels them, the suits and umbrellas they wield deform and deteriorate. That’s right; Tango has got such faith in its graphical fidelity and eye for detail that it’s even eschewing damage numbers and health bars and putting all that information in the world itself. Ballsy.

When the game departs from the realism of the Tokyo streets for the screwed-up reality of its residents’ homes, you can see some of The Evil Within’s DNA more clearly. In Ghostwire’s more MC Escher-inspired spectral dungeons, you can see the development team’s intent even more; these House of Leaves-like levels that have you spelunking deep into twisted, labyrinthine interpretations of suburban Japanese homes highlight just how normal the game feels at street level.

The contrast between the spot-on take on Tokyo’s streets and the curious wonderland in the game’s ‘dungeons’ highlights just how impressive each facet of the game is. It makes the normal seem even safer, the unnatural even more daunting. The air in these homes is thick with threat. We all know that the ‘Ashtray Maze’ was the best part of Control – well, imagine that, but fragmented and scattered through an entire game. And infested with malign spirits.

These spirits are a who’s who of notable Japanese folklore, too; from tengu to kasa-obake, headless schoolgirls to what appears to be a scissor-handed kuchisake-onna, Ghostwire is a rogue’s gallery of ancient yokai made relevant to the modern world. Nioh, eat your heart out. We didn’t get too much of a look at the different enemies, but if they’ve all got the attention to detail that we saw in the businessmen then I think it’s safe to say you’re not going to get bored of evicting them from the physical realm any time soon.

But it’s not all combat; unfortunately for the confused spirits of Tokyo (but lucky for the game designers), a lot of non-hostile, low-level ghosts are bound to one location – so that means you, player, will have to go out and find their missing pets, or recover their lost items, or exorcise their haunted houses. At least there’s an XP bar that’s always ticking up in the top-right of your screen. Sometimes good karma just isn’t enough a reward in-and-of itself, eh?

Instead of using reload animations and guns and all that jazz you may have come to expect from action-horror games, the studio has clearly invested a lot of money in getting good animation and mo-cap on your protagonist’s hands; every movement seems loaded with intent and power, and it’s all very snappy. You’ve got a bow and arrow, too, though – just in case your digits get tired from all these flamboyant gestures and you need a bit of range.

But the game looks its best when you’re using your hands. The best power is a punchy shield you can whip up just-in-time that captures enemy projectiles and sends them careering back from where they came – it feels half like a parry from a Souls-like game, and half like that BioShock power that lets you capture and fling projectiles at Splicers. The folks at Tango have been doing their homework when it comes to first-person combat.

But, again, all that stuff is secondary to the richly-detailed and frankly mesmeric interpretation of Tokyo that sits at the heart of the game. It’s no mistake that Tokyo is right there, in big, obvious capital letters, on all the game’s marketing. This is a love letter to the city in as much a way that Sleeping Dogs is a love letter to Hong Kong or The Getaway is a love letter to London. Ghostwire: Tokyo even gives Yakuza’s remarkable 1:1 rendition of Dontonburi a run for its money.

Sitting there, watching some phantom developer play the game for me on a video call on a rainy Monday morning, the only thing missing was the smell of takoyaki drifting up from a nearby vendor and I swear to God I could’ve been there.

Ghostwire: Tokyo is out for PS5 and PC on March 25. If you want to read more about Shinji Mikami and his other projects, you can read about his hopes that any potential Resident Evil 4 Remake improves on the original story that he himself wrote, and his desire to direct at least one more game.