With help from John Hendel and Leah Nylen

— Egging on Elon: A coalition is forming to lobby against Elon Musk’s SpaceX in an FCC fight over airwaves.

— Lee jumps in: Sen. Mike Lee (R-Utah) is previewing his plans for an antitrust overhaul.

IT’S WEDNESDAY; HAVE YOU BEEN OUTSIDE TODAY? I’m your host, Emily Birnbaum. It’s earnings week. I think it’s extremely cool that no one ever asks questions that normal people care about during earnings calls, but the companies do get unlimited time to brag about their gobs of money.

Got a news tip? Got an example of an earnings call that actually broke news? Email [email protected]. Got an event for our calendar? Send details to [email protected]. Anything else? Team info below. And don’t forget: Add @MorningTech and @PoliticoPro on Twitter.

The task force, headed by Vice President Kamala Harris and staffed by more than a dozen Cabinet officials, is likely to tackle a question of paramount importance for both Silicon Valley and organized labor: whether the federal government can or should reclassify gig workers as full-time employees, giving them the ability to unionize. (Biden has specifically tasked the panel with deploying federal power to help more workers unionize, possibly making the answer pre-ordained.)

But gig companies are still seeking to influence the debate, especially as factions of the labor movement argue over how to recover from a failed Amazon unionization drive in Bessemer, Ala. DoorDash, for example, wants to work with the Biden administration on policies that “preserve worker flexibility,” global public policy head Max Rettig told MT.

“I hope that the task force can encourage more experimentation around sectoral bargaining, portable benefits, works councils, that can help achieve many of [the goals of unionization] and take into account how people want to work,” said Adam Kovacevich, CEO of Chamber of Progress, an industry group that counts Lyft, DoorDash, Lime and Uber as members.

— Not going away: Gig worker classification has become a hot-button tech issue since last year’s expensive fight over California’s Proposition 22 — a fight which ultimately ended with the state exempting Uber and Lyft from classifying their workers as employees. The Senate Banking Committee on Tuesday held a briefing featuring Chase Copridge, a Bay Area gig worker and organizer with advocacy group Gig Workers Rising, ahead of a hearing on the “dignity of work.”

“The corporations talk about flexibility and how great it is for workers,” Copridge said. “But the truth is that I have almost no flexibility. I am either working or looking for my next gig.” He said the gig companies have “made it all but impossible for us to join with other workers and collectively bargain.”

Meanwhile, the PRO Act, H.R. 842 (117), which would help gig workers organize, remains stalled in the Senate — and coalitions and groups representing gig companies are intensifying their lobbying efforts against it.

FIRST IN MT: COALITION FORMS TO TACKLE SPACEX AIRWAVES FIGHT — More than 20 telecom companies, trade groups and public interest organizations are coming together today to urge the FCC to open up the 12 GHz satellite airwaves for 5G wireless use. The FCC is now collecting comments about that possibility, with the first round of input due next week.

— What they’re trying to drown out: SpaceX is invested in keeping others away from this spectrum, which the company uses for its Starlink satellite broadband service, and Musk personally lobbied then-FCC Chair Ajit Pai over the issue last fall. SpaceX says its investments in satellite broadband would be undermined if the approved uses for these airwaves are expanded. Other telecom interests siding with SpaceX include AT&T and USTelecom.

One big player on the other side is Dell Technologies CEO Michael Dell, who lobbied multiple FCC commissioners and personally holds some of the airwaves he wants to open.

— The coalition’s co-chairs are Chip Pickering, head of telecom trade group Incompas, and Clinton-era White House press secretary Joe Lockhart, who now works in public affairs. Some of the usual suspects clamoring for opening more airwaves are involved, such as Dish Network, RS Access and Public Knowledge, along with rural interests like the Center for Rural Strategies, the Rural Wireless Association and infrastructure provider Tilson. The coalition today is releasing several principles it says should guide the release of the airwaves for 5G — which also includes safeguarding the rights of existing users, like SpaceX.

— The issue flared up as the FCC considered whether to allow SpaceX to fly its broadband-beaming satellites at a lower orbit. Commissioners unanimously approved SpaceX’s request but conditioned it on compliance with future FCC actions, “including but not limited to the 12 GHz proceeding,” according to the order text released Tuesday. “Therefore, SpaceX proceeds at its own risk.” Some coalition members had wanted the commission to impose more stringent conditions or delay its consideration of SpaceX’s request.

LEE’S LOVE LETTER TO THE CONSUMER WELFARE STANDARD — Speaking at an event to celebrate the republication of Robert Bork’s seminal book, “The Antitrust Paradox,” the Utah Republican confirmed he’s drafting his own antitrust overhaul and said none of the bills introduced so far are even “close to getting 60 votes.” Lee said he hopes to work with Senate Antitrust Subcommittee Chair Amy Klobuchar (D-Minn.) to reach a bipartisan compromise that wins broad support. “We haven’t yet identified the areas where we definitely disagree,” he said.

— Bork’s legacy: Bork developed the “consumer welfare standard,” the idea that conduct or mergers should be judged solely on whether they help or hurt consumers. Critics have argued that that standard is overly focused on price and could make it more difficult to take on tech giants that often offer products for free. But Lee — who wrote a new foreword for a reprint of “The Antitrust Paradox” — said the standard helps courts apply “objective criteria” to harmful conduct.

— One Agency Act: The Utah senator also plugged his legislative proposal to take away the FTC’s authority to oversee competition issues and consolidate all antitrust enforcement inside the Justice Department, calling the current system a “two-headed monster.” He added: “The Catholic Church would never survive if it had two Popes. We’ve got to harmonize these, and the only way to harmonize them is to bring them under one roof.”

— Don’t call him an anti-monopolist: Lee also took aim at advocates like FTC nominee Lina Khan who describe themselves as “anti-monopoly,” characterizing it as a reductionist “big is bad” mentality. Having a monopoly “is not always a bad thing. It’s not always unlawful,” he said. 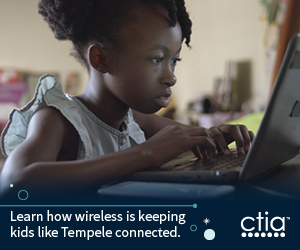 Behind Apple’s privacy update: Apple’s latest privacy update could be a boon for the company’s ad business, according to The Wall Street Journal.

Ode to Kaminsky: “Daniel Kaminsky, a security researcher known for his discovery of a fundamental flaw in the fabric of the internet, died on Friday at his home in San Francisco,” The New York Times reports.

Match made in Congress: Klobuchar and Lee are demanding answers from Google about the company’s outreach to rival Match Group ahead of last week’s app store hearing — something Klobuchar promised to do after Match’s top lawyer said the conversation left him feeling “a little intimidated.” The senators wrote they are “deeply troubled by the possibility that Google may have attempted to influence another witness’s testimony.” (Google has denied the accusation.) Read the full letter here.

Sexism in STEM: Sens. Richard Blumenthal (D-Conn.) and Tina Smith (D-Minn) introduced the Combating Sexual Harassment in Science Act to improve the understanding of factors contributing to sexual harassment in science, technology, engineering and mathematics, examine the impacts of harassment on individuals, and spur interagency efforts to counter it.

ICYMI: “A YouTube executive declined to commit to releasing data on how often the platform recommends videos to users that violate its policies at a Senate hearing on Tuesday,” Cristiano reports for Pros.