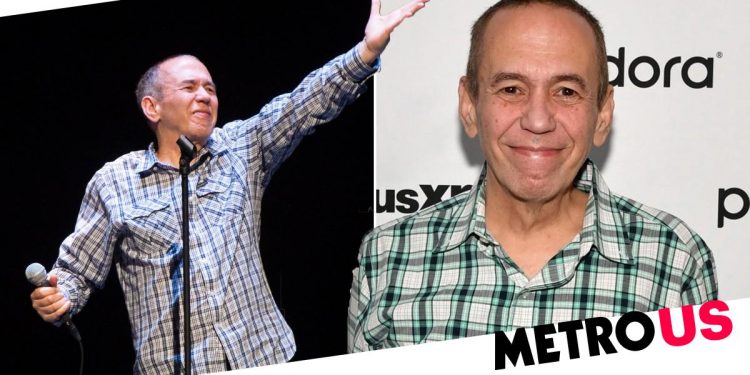 The Aladdin actor and stand-up comedian died after a long illness, as announced by his family on social media.

The tweets were eventually deleted and control of the account was restored to his family, who edited his bio to ‘In Memoriam’ – however, plenty of fans had taken screenshots of the evidence by then.

Many slammed the ‘disrespectful’ hackers, who are not known, with one saying: ‘Some people on this planet are truly just genuinely awful.’

Another penned: ‘What a degenerate world we find ourselves in.’

As well as posting inappropriate messages, Gottfried’s account had been used to retweet OnlyFans accounts. 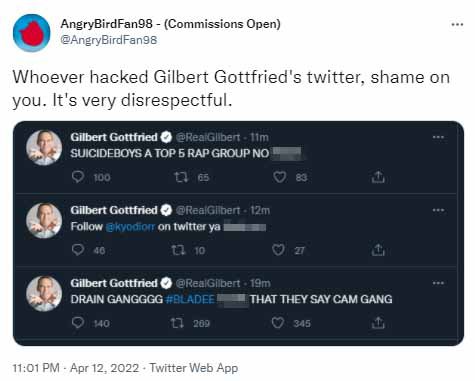 However, the account of the apparent hacker seemed to claim his innocence as he shared his confusion about why his posts were being retweeted.

‘Why the f*** did @RealGilbert just retweet my OF promo after he died??’ he wrote.

In another Tweet, he said: ‘Hope you guys didn’t just report me because I had no involvement with this.’

‘We are heartbroken to announce the passing of our beloved Gilbert Gottfried after a long illness,‘ a statement from his family read.

‘In addition to being the most iconic voice in comedy, Gilbert was a wonderful husband, brother, friend and father to his two young children.’

It continued: ‘Although today is a sad day for all of us, please keep laughing as loud as possibly in Gilbert’s honour. Love, the Gottfried family.’

Gottfried famously voiced the parrot Iago in Disney’s Aladdin animated films and TV show, as well as the Aflac Duck in the adverts until 2011.

‘Time For A Price Reduction’: Having The Tough Conversation With Your Sellers