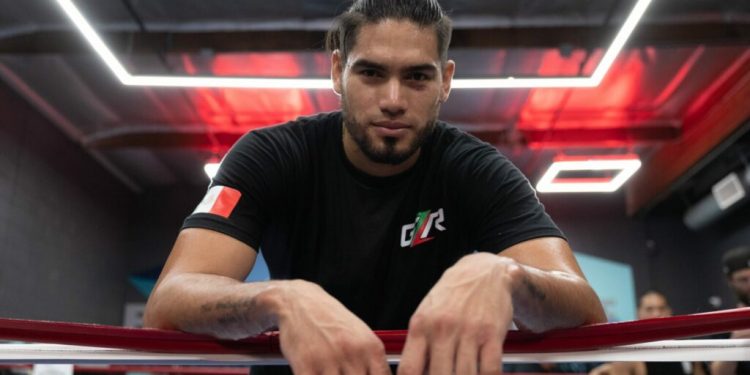 Rather than sit and wait, or fight a meaningless tune-up, Ramirez is fully prepared to move up in weight once again, this time to challenge World Boxing Council (WBC) Cruiserweight World Champion Ilunga Junior Makabu (29-2, 25 KOs).

“I’m always ready to take on anyone,” Ramirez said. “I was hoping to make the Bivol fight, but he took another route. It’s definitely disappointing but I’m glad he was rewarded with Canelo. He’s a good guy and definitely has a chance to change his life forever. Now moving forward, as always, I’m open to fighting anyone from light heavyweight to heavyweight, and why not start with cruiserweight? Golden Boy did mention Makabu to me and if he has the balls to face me, I will snatch that WBC title from him with ease. Despite the weight difference, I would out-skill, out-speed, and out-fight him in every aspect.” Last December in San Antonio, Ramirez (43-0, 29 KOs) did his job to earn his long-awaited showdown with Bivol, stopping Yunieski “The Monster” Gonzalez (21-4, 17 KOs) in the 12th round to become Bivol’s mandatory challenger. However, Bivol has since been allowed by the WBA to fight unified super middleweight world champion Saul “Canelo” Alvarez (57-1-2, 39 KOs) on May 7th in Las Vegas.

Makabu, 34, is the first and only native of the Democratic Republic of The Congo to be world boxing champion. According to reports, ironically, he was all set to fight “Canelo” until boxing’s “rainmaker” shifted gears and chose Bivol as his next opponent. Makubu captured his WBC Cruiserweight crown January 31, 2020, when he decisioned Michael Cleslak, followed by two successful title defenses versus Olanreqaju Durodola (34-7) and Thabisco Mchunu (23-5), both by 12-round decision. Do you give Zurdo a shot if he fights for the WBC Cruiserweight crown?

The first Mexican to capture the world super middleweight title, “Zurdo” wants to write Mexican boxing history again as the first from his country to be world cruiserweight champion.

Rated as the No. 2 light heavyweight in the world by both the WBA and WBO, as well as No. 4 by the IBF and #5 by The Ring magazine.

“Zurdo” is ready to move on up and add to his growing boxing legacy.