Give Jonsen edge over Jensen in county sheriff race 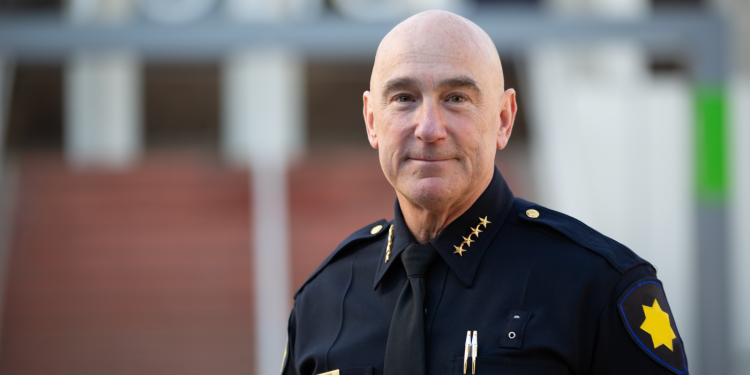 Laurie Smith’s decision not to run for a seventh term means that Santa Clara County will have a new sheriff next year.

Whew. What a relief.

It’s a disgrace that the county’s top law enforcement official still refuses to answer questions under oath about whether she knew about corruption in her own office or was involved in it herself.

The question for county voters is who of five candidates is best suited to change the department’s culture and restore trust and integrity that has been sorely lacking in the office for more than a decade. It’s not an easy choice.

Two candidates — Palo Alto Police Chief Bob Jonsen and retired Santa Clara County Sheriff’s Office Captain Kevin Jensen — stand out as having the experience to hit the ground running and the knowhow for what will be a monumental task.

Jonsen is the outsider in the race and has more executive experience than any of the candidates. He became Palo Alto’s top cop in 2018 after serving as Menlo Park’s police chief for five years. He also spent three decades in the Los Angeles Sheriff’s Department, working as a deputy before becoming captain of the Lancaster unit.

Jensen is well-versed in the internal workings of the Santa Clara County department, having worked in a wide range of roles, including assistant chief of the Department of Correction and commander of the Elmwood Detention Facility. He lost a 2014 effort to unseat Smith, garnering 40% of the vote.

We give the edge to Jonsen, believing that the department would benefit most from an outsider who brings new ideas to the beleaguered office. Someone who could clean house and rid the department of Smith’s minions.

It’s still possible that Smith could be removed from office before the end of her term. A county civil grand jury in December accused her of seven counts of willful misconduct, alleging she extracted political favors in exchange for concealed-gun permits and stalled an outside investigation into her office’s handling of a high-profile 2018 jail inmate injury. A jury trial would determine if she should be removed from office.

Smith should resign and allow the Board of Supervisors to select an interim sheriff who is not running for the office. Her repeated pattern of unbecoming conduct is unacceptable for a public official and especially so for the top law enforcement leader of the sixth largest county in California.

Jonsen lists accountability and transparency as his highest priorities if elected. When police reform became a national issue in 2020, he worked with the Palo Alto City Council to expand the scope of investigations by the department’s independent police auditor to include internal complaints of discrimination, harassment or retaliation. He also calls for greater collaboration between regional law enforcement agencies, which has been severely lacking under Smith’s leadership.

The other three candidates are Christine Nagaye, Sean Allen and Anh Colton.

Nagaye and Allen both have decades of experience in the county Sheriff’s Department. Both are sergeants who have primarily worked in the jail division, are appalled by Smith’s leadership and seek major reforms. Both would be better leaders than the current sheriff. But neither has the managerial experience of Jonsen or Jensen.

Colton is not running a serious campaign for the office. Her eligibility is also in question, since she admits she does not fulfill the requirement of state law that only certified law-enforcement officers can run for county sheriff positions.

Jonsen and Jensen stand the best chance of restoring respectability to the Sheriff’s Office. In a challenging choice, we recommend Jonsen to voters in the June 7 election.