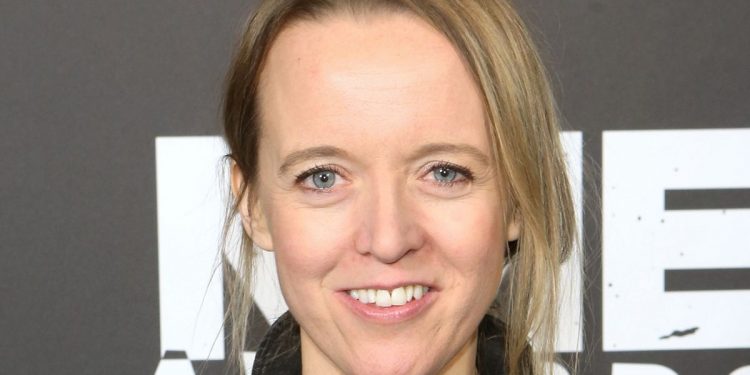 Ukraine: Mariupol refugee talks about bombings in her city

Emily Eavis has slammed the Homes for Ukraine scheme and claimed that it is “simply not working.”

The initiative was launched by the UK Government last month and allows people to ‘sponsor’ families fleeing the war-torn country and house them upon arrival into the UK.

However, they must be granted a visa first and the speed at which these are being granted has been criticised for being too slow by some of those using the scheme.

This includes festival co-organiser Emily, 42, who has called for “immediate action” by the government to address the issue, amid her own experience sponsoring a family.

Writing on Twitter, Emily said that her family had agreed to house a family from Ukraine at Worthy Farm – which is where the Eavis’ reside and is also the site of the music festival.

Emily said they’d been introduced to an individual named Veronika and her family about two weeks ago – with them hoping to flee Ukraine for the UK if their visas are granted.

The Glastonbury co-organiser said her family had pledged to house Veronika and her relatives on their estate.

However, she said that the visa process for Ukrainians fleeing their war-torn country – which was invaded by Russia at the end of February – needed to be improved by officials.

“We need to fix the UK’s visa process for Ukrainians, as it’s simply not working,” said Emily – who is the daughter of Glastonbury founder and organiser Michael Eavis, 86.

She said Veronika and her family submitted their visa applications 17 days ago, adding: “But they still have not been granted. [They] remain stuck in Kyiv.”

She then called on the UK Government to take “immediate action” to resolve any issues with the visa process that’s part of the recently-launched Homes for Ukraine initiative.

Emily said: “We need our government to take immediate action so that many thousands of UK residents desperately trying to help people escape a warzone are actually able to do so.”

The Mirror approached the Home Office for comment and a spokesperson assured that the visa process is moving as “quickly as possible,” with it having been “streamlined.”

They said: “We are moving as quickly as possible to ensure that those fleeing Ukraine can find safety in the UK through the Ukraine Family Scheme and Homes for Ukraine.

“We have streamlined the process so valid passport holders do not have to attend in-person appointments before arriving in the UK, simplified our forms and boosted caseworker numbers, while ensuring vital security checks are carried out.

“We continue to speed up visa processing across both schemes, with almost 30,000 visas issued in the last three weeks alone and thousands more expected to come through these uncapped routes.”