Global stocks rise on the back of optimism over a deal on the US debt limit, while bitcoin hovers at 5-month highs around $55,000

Global stocks rose on Thursday after progress in talks between lawmakers on the US debt ceiling helped improve risk sentiment, while bitcoin continued to trade around five-month highs close to $55,000.

Both parties made some headway Wednesday after Senate Minority Leader Mitch McConnell said he was willing to offer a short-term debt ceiling extension until December to stave off catastrophic financial repercussions.

This means President Joe Biden and Congressional Democrats would be able to finish their fiscal spending package, of between $1.9 trillion to $2 trillion, and include a further increase to the borrowing limit into one large reconciliation package near year-end, Deutsche Bank strategists said.

“The announcement of a two-month kicks the can down the road offer was enough for desperate buy-the-dippers to reverse course and lift US equities into positive territory,” Jeffrey Halley, a senior market analyst at OANDA, said.

Private US jobs rose by 568,000 in September, well above forecasts, suggesting the labor market is on the recovery track. Investors will be next looking out for Friday’s US non-farm payrolls, which should provide some clarity on the trajectory of Federal Reserve monetary policy. Economists anticipate a print of 500,000 new jobs after August’s figure of just 235,000.

Asian equity markets rose, following gains in Wall Street, and as tech stocks steadied after a volatile week so far.

European indices rebounded on the back of US stocks staging a comeback from their lows. London’s FTSE 100 rose 0.7%. The Euro Stoxx 50 added 1.3% and Frankfurt’s DAX rose 1.2%.

Natural gas prices fell 4% after Russian leaders including President Vladimir Putin offered to stabilize the European gas market by indicating that supply could increase through Ukraine.

Declines in natural gas prices echoed across commodities, with both Brent crude down 1.7% to $79.70 per barrel and West Texas Intermediate down 2.3% at $75.58 a barrel, subsiding from their multi-year highs, following a surprisingly large reported increase in US energy stockpiles the previous day.

Bitcoin was last trading around $54,599, after hitting $55,000 on Wednesday, driven by positive developments including SEC Chairman Gary Gensler saying the agency has no plans to ban crypto.

Bitcoin’s 34% rally this past week has allowed it to reclaim a $1 trillion market cap for the first time since May 10.

“It took about 10 years to get to a one trillion-dollar valuation. It took less than one year to go from one trillion to two trillion,” said Ron Levy, CEO and co-founder of The Crypto Company. “Many have decided that it’s time for those who have investment portfolios to start investing in this space, especially as the older generation is seeing the younger generation make investments that have shown consistent growth.” 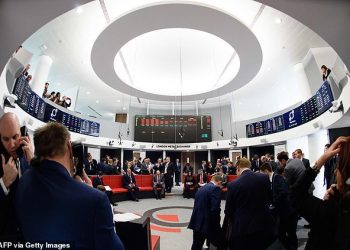 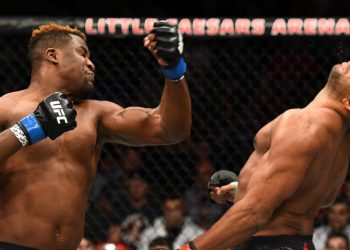 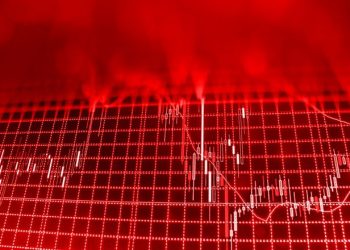 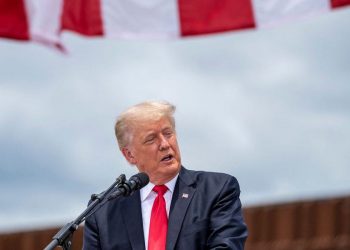 Former President Trump had a... 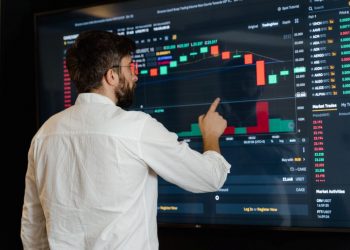