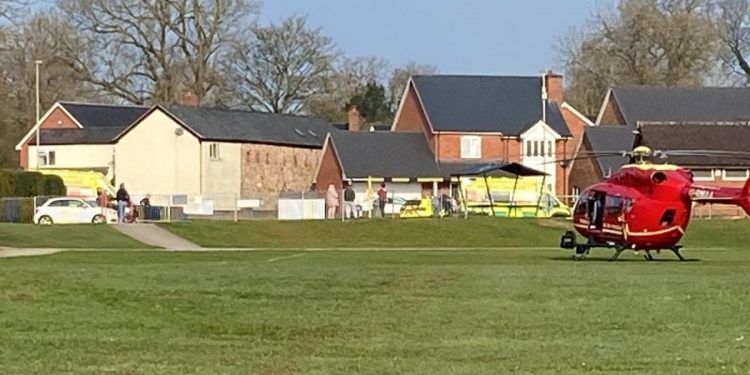 THE Midlands Air Ambulance landed in Gobowen this morning (Tuesday) following reports of a medical emergency.

The helicopter landed at on the playing fields at around 9am and was joined by two land ambulances and a paramedic officer.

Police were also at the scene and St Martins Road was closed for a short time but if now open.

A spokesperson for West Midlands Ambulance Service said: “We were called at 8.14am to reports of a medical emergency at a private address in West Place, Gobowen.

“We sent two ambulances, a paramedic officer and the Midlands Air Ambulance from Cosford.

“Crews arrived to find a woman in a serious condition. She was treated on scene before being conveyed to Royal Shrewsbury Hospital by land ambulance for further treatment.”

A potential star player enters the transfer portal. Kentucky expected to be an option.

A potential star player enters the transfer portal. Kentucky expected to be an option.